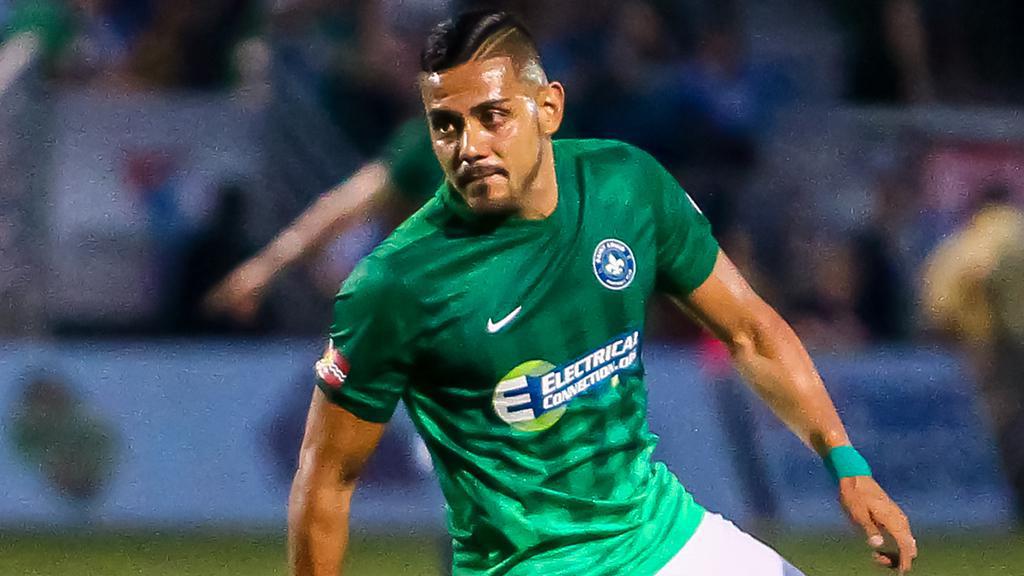 TAMPA, Fla. – Saint Louis FC forward Irvin Herrera has been voted the USL Player of the Week for the 25th week of the 2016 season after recording a hat trick to lead his side to a victory on the road against San Antonio FC. Returning from international duty with El Salvador, Herrera scored twice in the first half and once in the second to help keep STLFC’s playoff hopes alive. 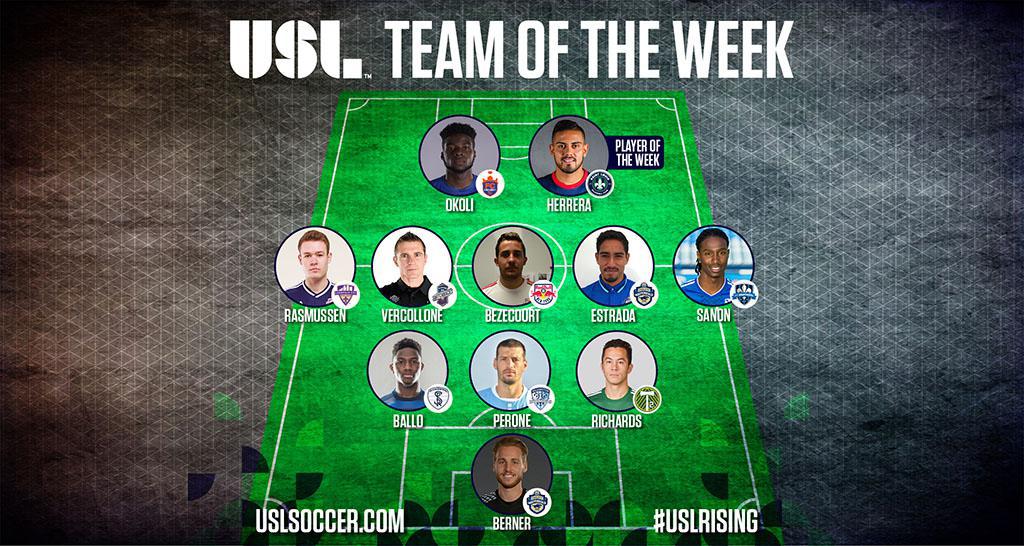 GK – John Berner, Charlotte Independence: Berner recorded a seven-save shutout as the Independence took a 4-0 victory against the Pittsburgh Riverhounds.

D – Oumar Ballo, Swope Park Rangers: Ballo helped limit Tulsa to only three shots on goal in the Rangers’ 3-0 victory against the Roughnecks on Saturday night.

M – Luke Vercollone, Colorado Springs Switchbacks FC: Vercollone notched both goals as the Switchbacks took a victory on the road against Vancouver in a key Western clash.

M – David Estrada, Charlotte Independence: Estrada scored a pair of goals as the Independence took a 4-0 victory against the Pittsburgh Riverhounds on Saturday night.

F – Sean Okoli, FC Cincinnati: Okoli had three goals in two games as Cincinnati took victories against Saint Louis and Wilmington to move back into third place in the East.

F – Irvin Herrera, Saint Louis FC: In his return from international duty with El Salvador, Herrera had a hat trick to lead STLFC to a 3-1 win on the road against San Antonio.