Top three hold their form, remain in place as the postseason draws closer 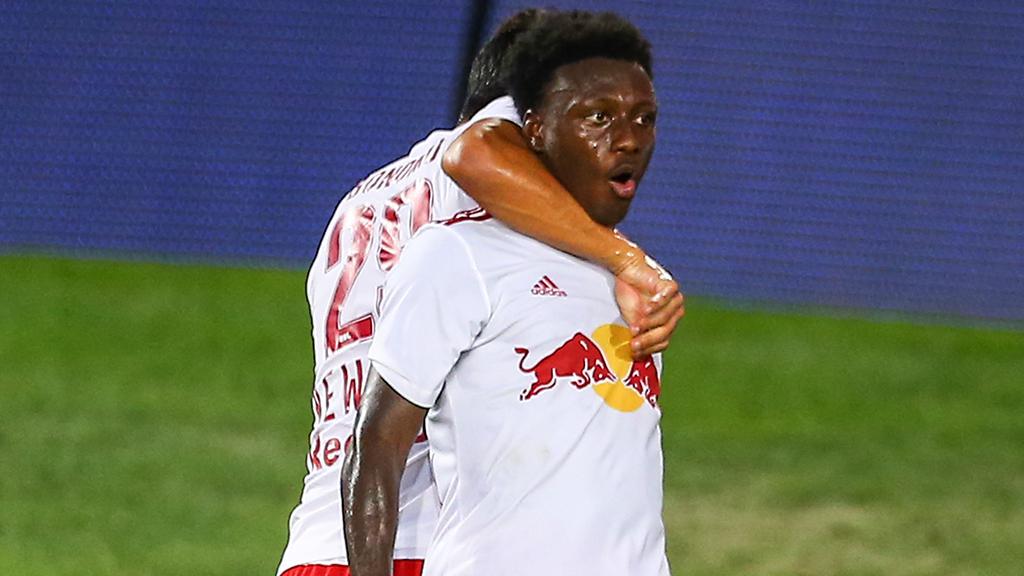 Louisville City FC captain Aodhan Quinn summed up the mindset of every team in contention for the 2016 USL Playoffs after his side’s win Saturday afternoon: “I think we're back on track now and in good form, which is exactly what every team wants.”

Consistency throughout the season is what puts a team in contention for a high seed in the playoffs, but as well as a side can play throughout the course of the season, the goal is to be in good shape when the postseason arrives. It’s certainly notable that in each of the past four USL Championship Games, a five-seed or lower has been present, including last season’s Western Conference champion – and Western Conference No. 5 seed going into the postseason – the LA Galaxy II.

Also notable, right now? The top teams in both the Eastern and Western Conferences appear to be the ones at the top of their game. The New York Red Bulls II carry a six-game winning streak. Rio Grande Valley FC is undefeated in 10 games, and Sacramento Republic FC extended its streak to eight games with a comeback win on Saturday night.

As a result, this might not be the season for an underdog run in October. While you never know what might happen when the playoffs arrive – just look at No. 8 seed Harrisburg’s run to the 2014 Championship Game – the teams filling the top two seeds in either conference right now are also the ones who appear to have found their best form of the season at exactly the right moment.

1. New York Red Bulls II (Previous: 1)
Last Week: W 2-0 at Bethlehem Steel FC
Six consecutive wins have the USL regular season championship in sight for the Red Bulls II, and by this time next week the side could claim its first USL silverware with two games in the next seven days. First a visit to Harrisburg on Wednesday afternoon, followed by a clash with the Rochester Rhinos on Saturday, could provide the required four points for New York to earn the USL regular season championship, and home-field advantage throughout the playoffs.

2. Rio Grande Valley FC (Previous: 2)
Last Week: W 2-0 at Swope Park Rangers
The Toros are undefeated in 10 games after their victory on the road against the Rangers, and while they remain in second place in the Western Conference, their game in hand would allow them to jump past Sacramento with a victory in their extra game remaining. RGVFC is clicking nicely right now, and the question might soon arise of which of these players might be deployed as members of the Dynamo next season after Houston’s disappointing year in MLS.

3. Sacramento Republic FC (Previous: 3)
Last Week: W 2-1 vs. Orange County Blues FC
Sacramento clinched the first spot in the Western Conference playoff field with its win against Orange County on Saturday night, and kept the pressure on the Toros to keep winning as they both pursue the conference’s top spot at the end of the season. Republic FC fought back nicely to take all three points from Orange County, and looks in very good shape as the postseason nears.

4. Louisville City FC (Previous: 5)
Last Week: W 1-0 at FC Montreal
Two consecutive 1-0 victories have Louisville with a solid grasp on second place in the Eastern Conference after its win in Montreal, and now it’ll gear up for a big game against fellow contender Richmond this Saturday night at Slugger Field. A victory in what could be a playoff preview would cement City as the class of the Eastern field behind New York.

5. Richmond Kickers (Previous: 4)
Last Week: D 1-1 vs. Charleston Battery
The Kickers continued their undefeated streak with a draw against Charleston, although the side might be slightly disappointed it didn’t emerge with a victory after taking a second-half lead against its longtime rival. Richmond’s visit to Louisville is one of the must-see games of the upcoming weekend, and with the battle for third and fourth still a tight one in the conference, getting something out of the trip will be important for the side.

6. Colorado Springs Switchbacks FC (Previous: 8)
Last Week: W 3-0 vs. LA Galaxy II
The Switchbacks’ hopes of a top-four finish were reignited by an excellent performance against the Galaxy II that saw Mike Seth score twice and Luke Vercollone notch a goal and assist. With other results going the Switchbacks’ way over the weekend, Colorado Springs must now find a way to replicate that performance moving forward in its final three games of the season, starting against Vancouver next Sunday.

7. Charlotte Independence (Previous: NR)
Last Week: W 3-2 vs. FC Cincinnati; W 5-1 at Toronto FC II
Back-to-back wins have the Independence with a 6-1-2 record over their past nine games, and have made them a serious threat for a top-four place at the end of the season. With the team’s attack appearing to click into gear, a win against Pittsburgh is a must before a tough close to the season that sees the side face Richmond, Rochester and Louisville.

8. Rochester Rhinos (Last Week: 10)
Last Week: W 2-1 at Charleston Battery
The Rhinos’ road win against Charleston, which completed a season sweep of the Battery, saw goalkeeper Tomas Gomez perform strongly, but the side appears to have found itself in a good place with Christian Volesky hitting double-digit goals and the group behind him showing good creativity in attack as well as a solid defense. Saturday’s game with the Red Bulls II should be a fascinating one.

9. FC Cincinnati (Previous: 7)
Last Week: L 3-2 at Charlotte Independence
Back-to-back defeats for the first time this season have put Cincinnati up against it a little for the first time this season, but the side gets to return home on Monday evening to host Saint Louis with a chance to regain third place in the Eastern Conference. After the recent disappointment, FCC will be looking for a statement game to get things back on track for a postseason run.

10. Seattle Sounders FC 2 (Previous: NR)
Last Week: W 2-1 vs. Portland Timbers 2; W 2-1 vs. Vancouver Whitecaps FC 2
S2’s back-to-back wins both came in dramatic fashion, but with results elsewhere going Seattle’s way, the path to the playoffs remains alive. Two big road games this week will test the side as it visits Vancouver for the second game of a home-and-home on Monday, and is heads to OKC on Sunday evening. Has Coach Ezra Hendrickson’s side got enough left to continue its late run?