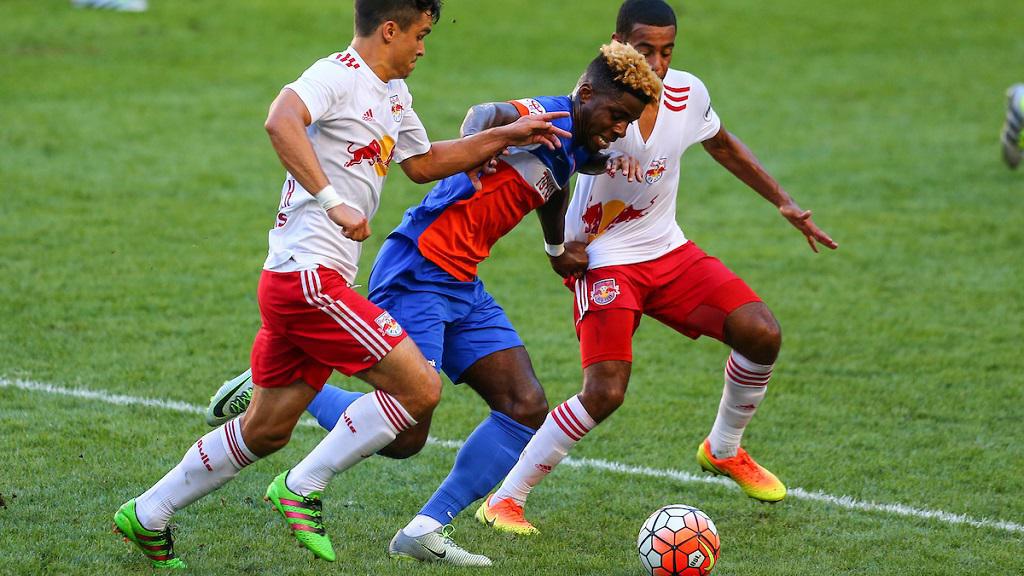 HARRISON, N.J. – Brandon Allen and Derrick Etienne Jr. each converted penalty kicks to lead the New York Red Bulls II to a 2-0 victory against FC Cincinnati on Sunday at Red Bull Arena. First-place NYRBII was the first USL side to clinch a postseason berth and Cincinnati locked up a spot Saturday based on other Eastern Conference results. Plenty is still left to play for between these top-tier East clubs, and Allen’s 12th goal of the season served as the difference in the opening half as NYRBII won its fifth consecutive game. Cincinnati withstood a big blow before Allen's PK conversion as goalkeeper Mitch Hildebrandt was sent off in the 11th minute. The decision resulted through the usage of the Video Assistant Referee process, which is being utilized for the remainder of NYRBII’s regular-season home games. New York's Noah Powder was sent off in second-half stoppage time as NYRBII and Cincinnati played 10 vs. 10 down the stretch. With the win, NYRBII improves to 17-3-5 (56 points) overall, moving six points ahead of second-place Louisville City FC with a game in hand. New York also posted its 14th clean sheet of the season. Cincinnati drops to 12-5-7 (43 points) overall and 5-3-3 on the road as the club saw its five-game unbeaten streak (2-0-3) come to a close. New York defeated Cincinnati 2-1 on July 20 at Nippert Stadium in the first meeting between the two clubs.

USLSoccer.com Man of the Match:
Brandon Allen, New York Red Bulls II – Allen scored his team-leading 12th goal and drew the foul that led to his own PK.