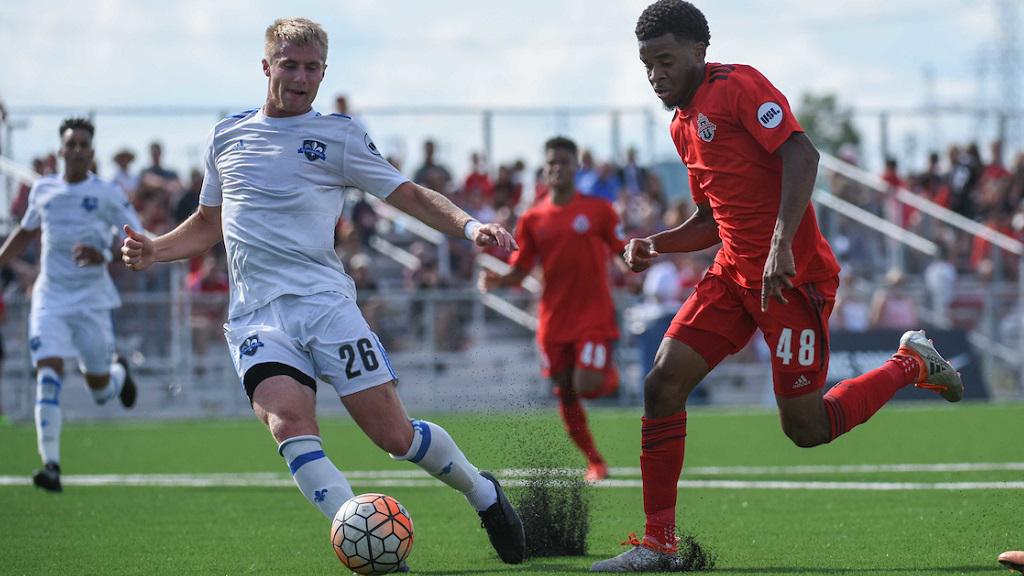 VAUGHAN, Ontario – FC Montreal overcame two deficits and earned a 4-3 victory against Toronto FC II on Sunday in this season’s final edition of the 401 Derby at the Ontario Soccer Centre. Heikel Jarras’ 86th-minute goal put Montreal up at the close to help Montreal earn its fourth consecutive win – a club record. The winner stemmed from a steal around midfield as Marco Dominguez pushed up and the second-half sub Jarras curved a right-footed shot into the far right side of the frame. Louis Beland-Goyette, Anthony Jackson-Hamel and Alessandro Riggi netted the other goals for Montreal. Toronto’s Ricardo John, who signed with the club in early August, had an impressive debut with two goals and Martin Davis also added a score for TFCII. Montreal improves to 6-18-1 (19 points) overall and 4-9-1 on the road. Toronto falls to 6-16-5 (23 points) overall and 3-7-3 at home as TFCII has dropped four straight. The combined seven goals for the game and five goals in the opening half were both season highs at the Ontario Soccer Centre. This was the third and final regular-season meeting of the season. Toronto defeated Montreal 2-1 on April 9 and the sides drew 1-1 on June 15.

USLSoccer.com Man of the Match:
Heikel Jarras, FC Montreal – Jarras played less than a full half of soccer, but he showed some composure in coolly finishing to the far right post for the late game-winner.