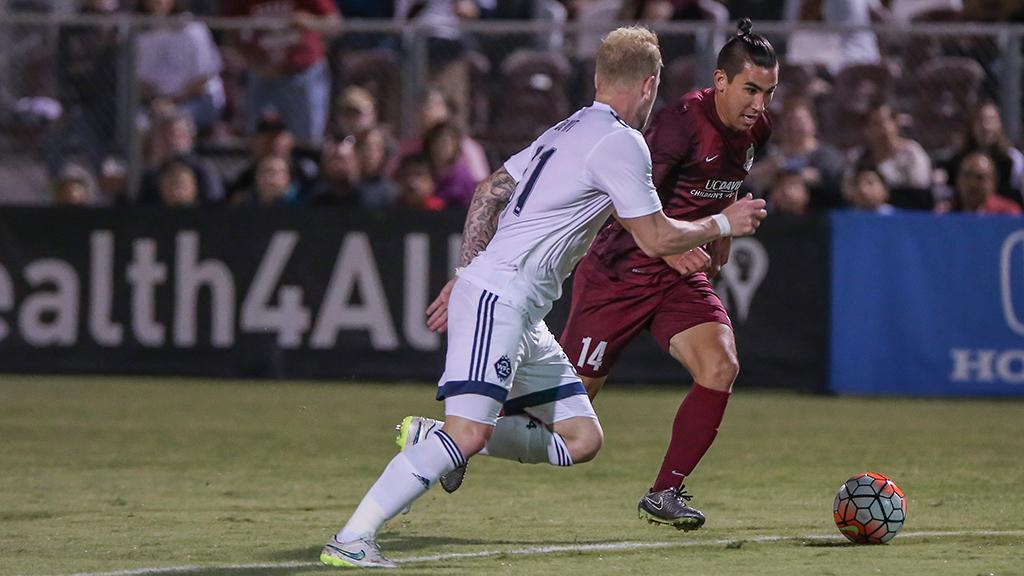 SACRAMENTO, Calif. – Sacramento Republic FC and Vancouver Whitecaps FC played to a 0-0 draw in front of a sellout crowd of 11,569 fans at Bonney Field on Saturday night. With the draw, Republic FC holds a two-point lead at the top of the Western Conference to conclude the weekend’s action. Sacramento had a pair of chances go close to giving it the lead, as J.J. Koval had a shot saved by WFC2 goalkeeper Spencer Richey and Cameron Iwasa sent a shot off the right post. Iwasa again found the woodwork six minutes before halftime as his shot went off the crossbar and away to safety, and Sacramento continued to hold the upper hand as the game went into the second half as Danny Barrera shot just wide with a little more than 15 minutes to go. Vancouver’s Ben McKendry poked a shot just wide after good work by Brett Levis for the visitors, while Republic FC’s Carlton Cole forced a good save from Richey with two minutes to go, but WFC2 held on to earn a point as honors finished even.

Spencer Richey, Vancouver Whitecaps FC 2 – Vancouver’s goalkeeper was solid throughout the contest, and made a big late save on a point-blank effort by Carlton Cole to preserve the shutout and a valuable road point.