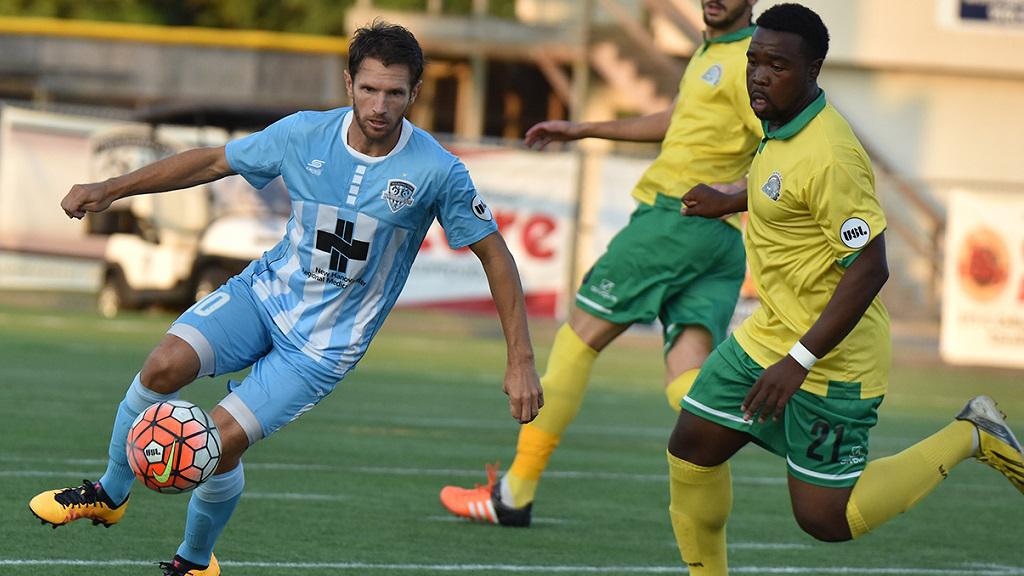 WILMINGTON, N.C. – Wilmington Hammerheads FC was searching for its first win in nearly two months, but the host side could not hold onto two late leads. Wal Fall’s stoppage-time header off of a corner kick sequence helped the Rochester Rhinos earn a 2-2 draw against Wilmington on Saturday at Legion Stadium. Christian Volesky’s 77th-minute equalizer staved off a separate Wilmington lead earlier in the match. It was heartbreak for the Hammerheads who enjoyed a 1-0 lead off of a Justin Moose goal in the 36th minute and then thought they had the winner when Bruno Perone’s right-footed volley found the back of the net early in second-half stoppage time. The Rhinos drew for the seventh consecutive time on the road. Rochester moves to 10-5-11 (41 points) overall and 2-3-8 on the road. Wilmington is now 6-11-8 (26 points) overall and 3-4-5 at home as the Hammerheads’ winless streak is now nine games (0-6-3). This was the second and final regular-season meeting between the two teams. Rochester earned a 2-0 win on Aug. 6 at Rhinos Stadium.

USLSoccer.com Man of the Match:
Kenardo Forbes, Rochester Rhinos – In just one half of soccer, Forbes had a productive match, setting up both Rochester goals to help his side rally on two separate occasions.