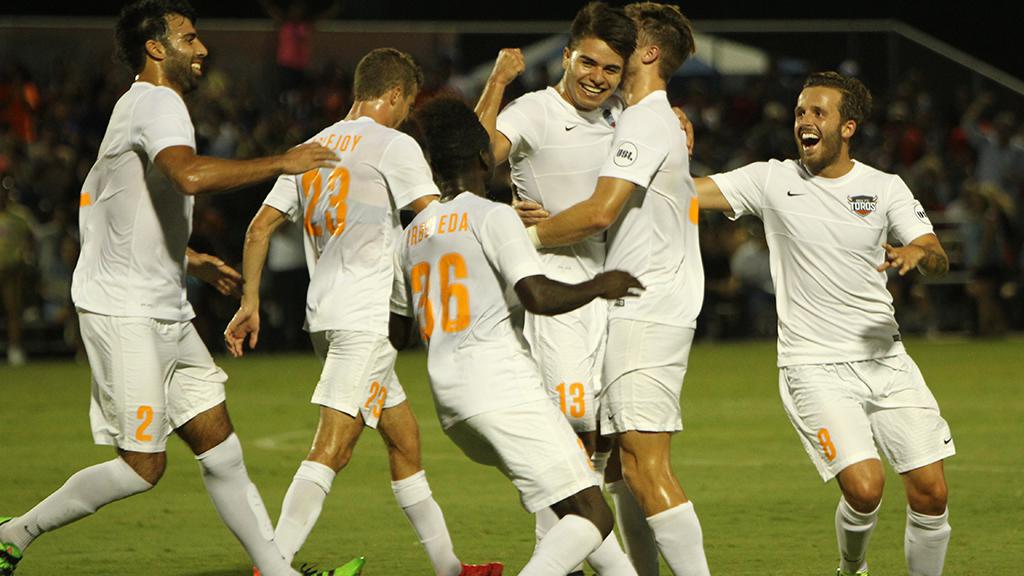 Heading into the 2016 USL season, there were many questions surrounding Rio Grande Valley FC. Not only was the club entering its first season in the league, but its hybrid relationship with the Houston Dynamo left many wondering just how the club would fare during its inaugural season.

Now, 24 games in, RGV sits just four points behind Sacramento Republic FC in the USL Western Conference standings. The club is also in the midst of a USL record eight-game shutout streak that has lasted nearly eight weeks as it prepares for a key game on Saturday night against fellow playoff contender Colorado Springs Switchbacks FC.

The Toros’ success may have taken many people familiar with the USL by surprise, but RGV captain Kevin Garcia knew that the club were contenders as soon as he came on board.

The Toros season did not start smoothly. Despite dictating the game’s tempo and amassing 12 shots on target, the South Texas club lost its first league game 2-0 to Tulsa Roughnecks FC thanks to an own goal and a brilliant strike by Tulsa’s Carlos Martinez.

Since its opening weekend loss, however, RGV has been one of the best teams in the both the Western Conference and the USL as a whole. The club rebounded from its first loss to make a respectable start, and while the club’s attack suffered from inconsistency early on, RGV’s stout defense delivered time and again.

It was not until June that RGV really began to stumble. Heading into the summer, the Toros had only lost two of their first 10 game, but a 2-3-1 record over the month saw the side dip in the highly competitive Western Conference standings. 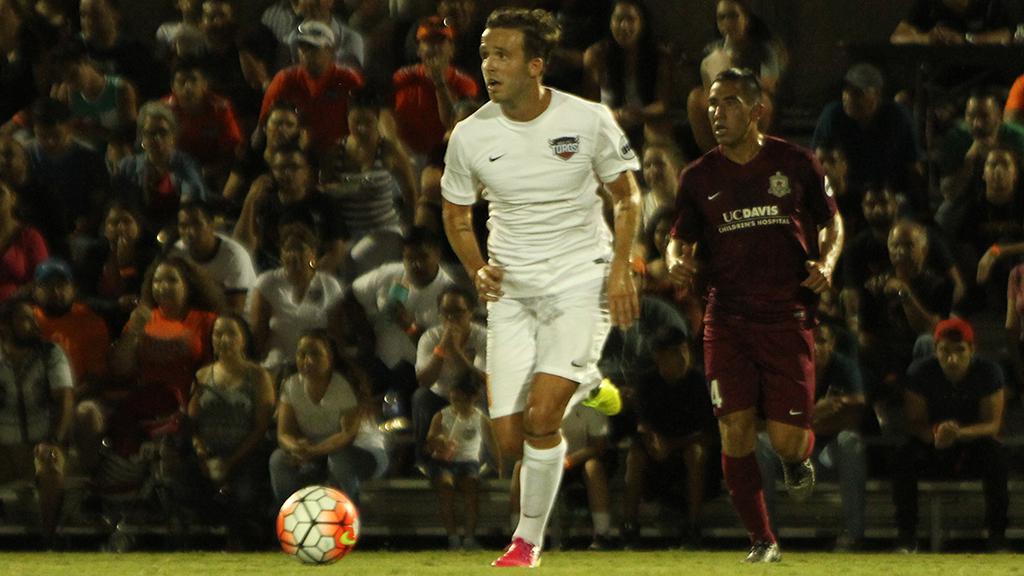 Despite the challenges that the club encountered early in the summer, everyone within the locker room adhered to the tenets Cabrera had imparted on the club since day one.

“Through the season we have found challenges like any other team, but our challenges have been more trying that we understand that we want to implement within the club, within the franchise, to make every player believe in what we do no matter the result on the field that we’re never going to change,” said Cabrera. “That has been challenging, because sometimes you get the results, but when you don’t get the results then to tell the players to continue doing what we do is not easy.

“We’ve found very receptive players and they have done it, so that is why I believe at this stage the season we have accomplished good things. No-one has changed anything. They always believed in what we continue to do.”

Unwavering in the face of adversity on the field, RGV’s personnel’s devotion to the Cabrera’s philosophy and tactics has paid dividends. Over the past two months, RGV’s defense has not allowed a goal in 721 minutes. While the defense has been the stingiest in the league over that span, the club’s attack has become one of the more prolific, scoring 13 goals over the past three games, including a 2-0 win against Colorado Springs in its last outing. Heading toward the playoffs, the Toros are a significant threat to claim the title.

“We feel great right now,” said Garcia. “The team morale is high right now. The team chemistry is as good as ever. Things are finally starting to click for us. We’ve been doing the little things right the whole year, and now everything is starting to come together. We’re also really enjoying this run we’re on right now.

“I think using the flanks as much as we do has allowed us to take pressure off some of our forwards and we’re able to whip a lot more balls in, get shots on targets, and just crash numbers into the box. I think teams are having a hard time dealing with that. This is the style that Wilmer has implemented since he arrived, so it’s just nice to see it all come into play.” 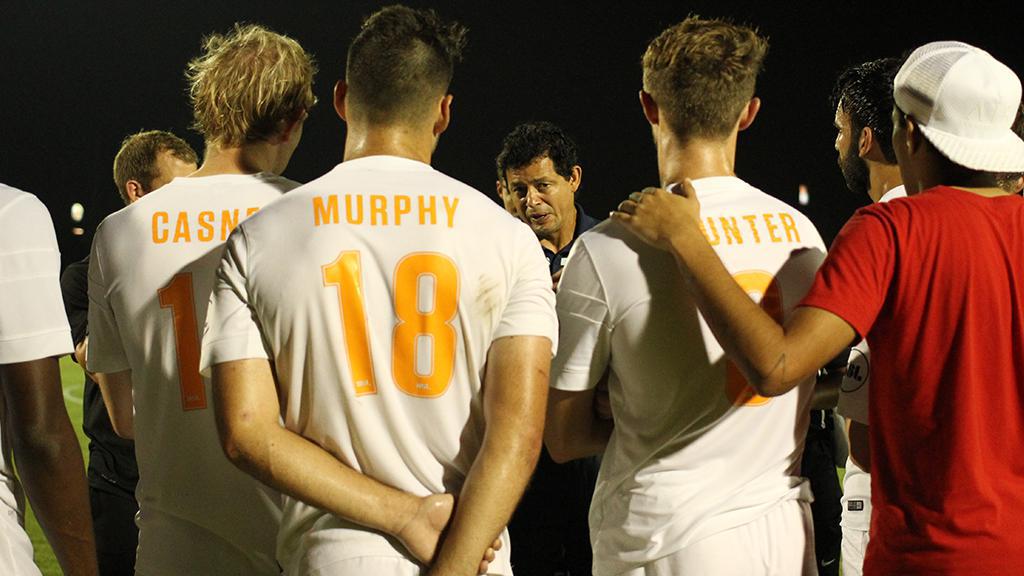 RGV’s recent successes may have caught some off-guard, but everyone involved with the club had an idea of what they were capable of. Even though they have a new league record in hand, RGV’s players have never been, and still are not focused on anything but their style of play and preparing for each game as it comes. Given how the club has fared this year, the question now is just how far can it go?

“We don’t really pay much attention to all the attention that we are getting from the media, from outside the USL,” said Garcia. “We’re just playing our game, and Wilmer makes sure that we stay grounded because anything can happen. We take each and every day as a new day to us to keep improving.

In addition to wowing their fans, RGV’s players have impressed Cabrera with their work ethic and achievements during the club’s first season.

“It’s a very good environment that the players have created,” said Cabrera. “That is just because the players, the personalities. I feel happy and proud. I’m also lucky to find these players, because not only finding players, but you have to find the right person, and they’re very good professionals, very good individuals.” 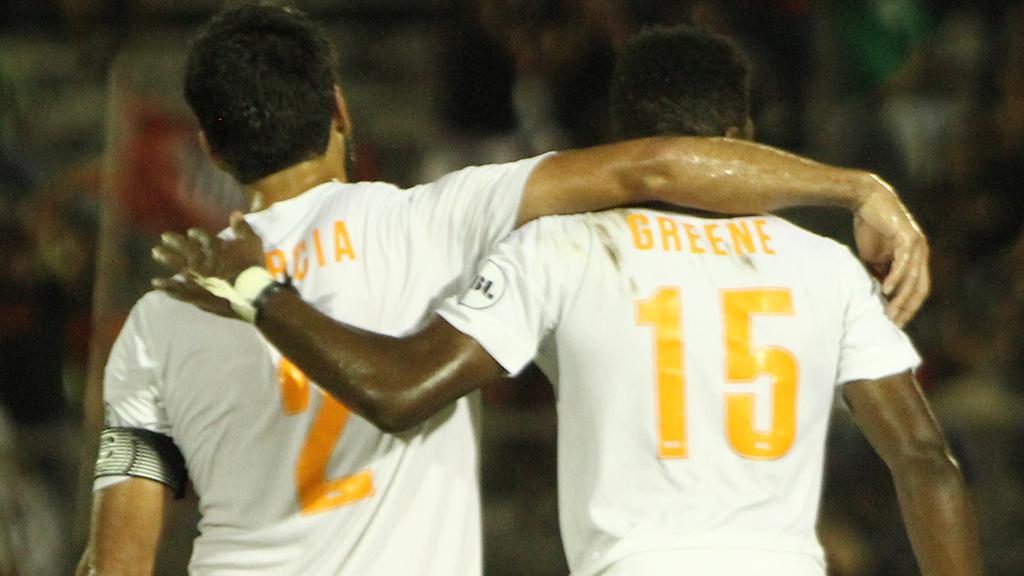 With just six games left in the season, the Toros aren’t focused on what they’ve been able to do in the past. All that is important is they stay the course.

“It’s important for us that the streak is not important,” says Cabrera. “The most important for us is that we need to be consistent in our game. For us, we go on the field to try and play our game. We understand the concept that when you play well and when you do the right things on the field, then most of the time we’re going to win, but sometimes we going to tie or we going to lose. We aren’t worried about that. We are worried about just playing our team philosophy on the field, the style of play.

“Everyone knows what to do. That’s our goal. That is our priority. That is something that we work on every day. We don’t think and we don’t talk about shutouts or talk about streaks or records. Nothing. It doesn’t matter. At some point, somebody is going to score on us. Maybe we score on ourselves, an own goal. It doesn’t matter. At some point it’s going to happen, so we don’t worry about that.

“We worry about building the philosophy, the mentality, and the style of play of this team at home and away. With that philosophy, with that goal we expect to be in the playoffs, and we expect to continue gaining the respect among our other clubs and among our peers.”