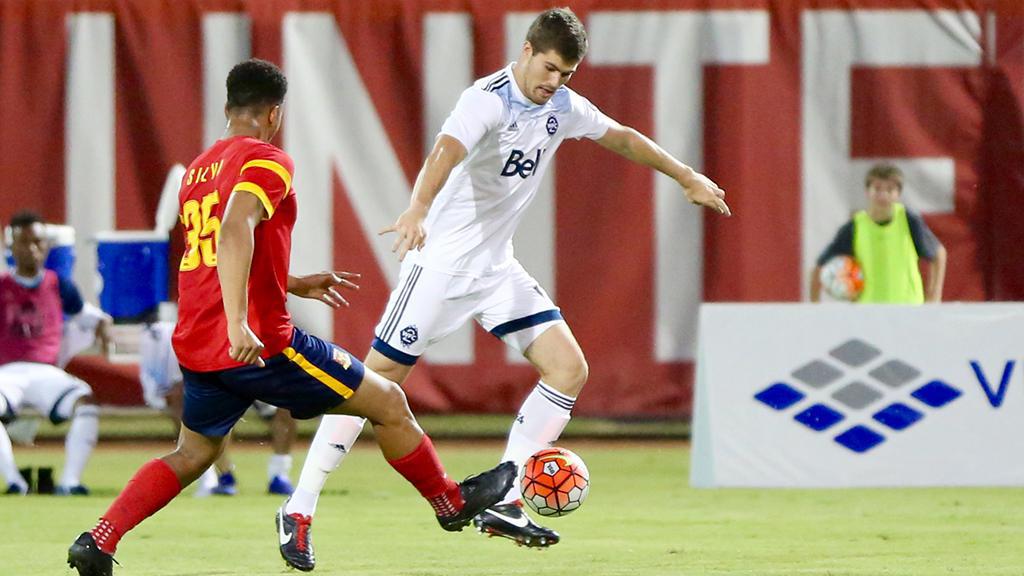 VANCOUVER, B.C. – Thomas Sanner’s professional career may have gotten off to a delayed start, but the Princeton graduate is more than making up for lost time with Vancouver Whitecaps FC 2.

Drafted in the second round of this year’s MLS SuperDraft, 36th overall, Sanner spent the preseason with both Vancouver’s MLS and USL sides, before the Whitecaps let him head back east to finish his politics degree at Princeton.

Although that meant putting his soccer career on temporary hold, it was an obligation the striker felt he owed to his parents and himself to finish off his schooling before embarking on his "dream" of trying to make it as a professional footballer.

"I came out and tried to do the best I could and give it my best shot, but as it went on I felt that if there was a time to go back, it was going to be right away," Sanner said. "If I didn’t go back this [past] semester, you start your pro career, you get your debut, but at some point, you’ve got to go back and finish that last semester.

"It was a hard decision for sure but it just made the most sense to get it out of the way now and then not have to worry about it when I came back. I’m definitely happy that they allowed me to do that."

It was a decision the Whitecaps fully supported and now both the club and the player are reaping the rewards of the hard work Sanner has put in upon his return to Vancouver, where he officially signed his first pro contract in June.

The ‘Caps striker was a hat-trick hero this past weekend, hitting goals in the 84th and 87th minutes to overturn Arizona United SC’s early one-goal lead, before completing his tally, and the Whitecaps’ dramatic late comeback, four minutes into stoppage time. 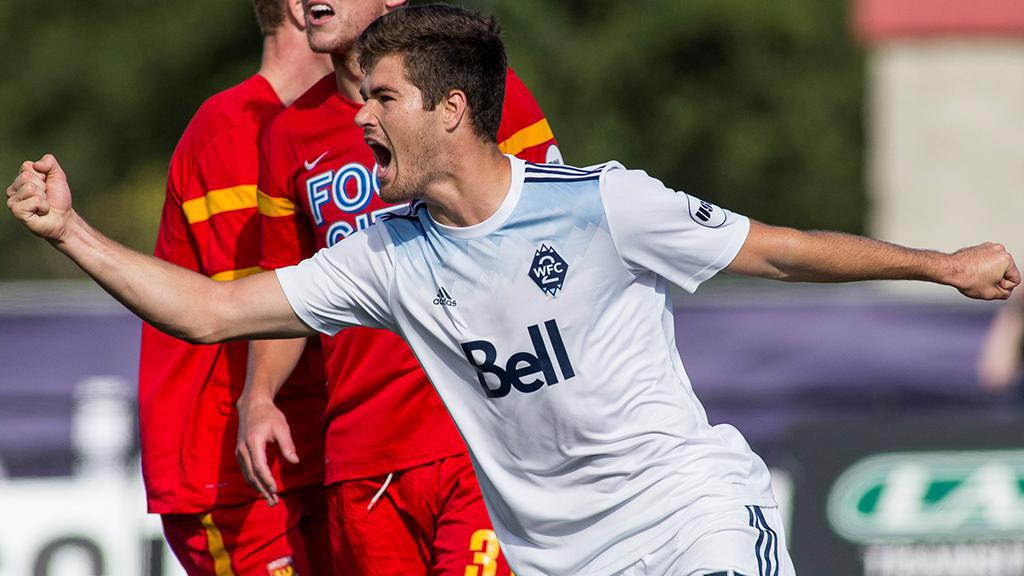 Vancouver is now three points back of Sacramento Republic FC, with a game in hand, at the top of the Western Conference standings ahead of Saturday’s meeting between the teams at Bonney Field.

Sanner’s performance, described by WFC2 Head Coach Alan Koch as “amazing” after the match, also earned him USL Player of the Week honors. It was Sanner’s first professional hat trick and only the second of his fledgling career, after hitting one in college for the Tigers. But he doesn’t remember another game where he’s come in and made such a dramatic and important late impact.

"Not that I can remember," Sanner said. "Coming on, getting 30 minutes, I was just initially trying to work hard for the team and get that first goal. We knew, especially after they got the red card, that if we were able to get the first one, we'd be able to pounce on them and hopefully just create chances and chances. I was just able to get the next two.

The Whitecaps will be hoping for that too. When Vancouver drafted him it was looking for a big, target man with an eye for goal. Sanner potentially fits the bill, but like all young players, he's still very much a work in progress.

A self-confessed “late bloomer,” Sanner played his youth soccer with Indiana Fire United in the USSDA, an affiliate of MLS side Chicago Fire, before embarking on an Ivy League education with Princeton.

Although the goals came for the Tigers during his first three years at college, it was only in a stellar senior year, where he struck 13 goals and added five assists in his 17 appearances, that Sanner started to not only get people’s attention, but convinced him that he could have a future in the game. 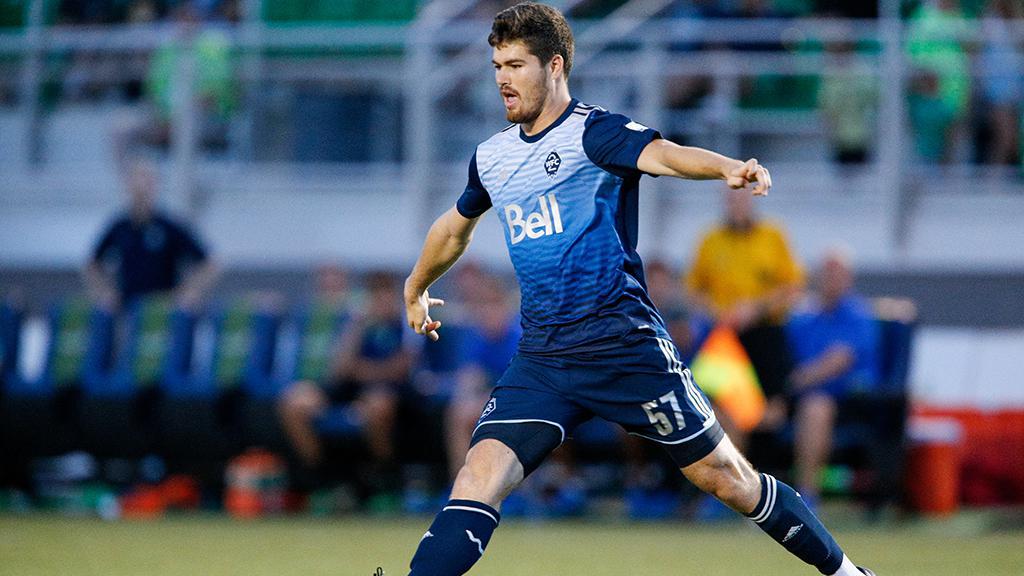 "Really, until I had this great senior season that I had, that built of my previous three years at school, [that was] where I really realized that I can play with the best around in MLS and these teams are interested in me," Sanner said after his draft selection. "Then I’m like ‘oh my gosh, I can do this,’ which has been an awesome experience for me and something I never would have dreamed of but I’m obviously gladly accepting."

Like many players making the transition from the college game to the pro ranks, it’s been a steep learning curve so far for the 22-year-old, but he feels he’s settling in well, making 11 USL appearances for WFC2 since heading back and signing in June.

"I'm getting more and more comfortable," Sanner said. "Getting my feet underneath me, getting used to the pro game and the speed of the play and the physicality. I'm just showing up to practice every day and trying to earn a spot."

He's only had the one start for WFC2 so far, but with goals proving more difficult to come by now for Vancouver than earlier on in the campaign, having a striker in-form could push him more into Koch's plans as the season hits the closing stretch.

With the playoff race in the Western Conference so tight now, a late comeback victory and a hat-trick performance could very well give Vancouver a much needed boost to re-find its early-season dominance.

"We were talking all week that we needed a spark," Sanner said. "We knew the top three teams were tied for first, and we saw that Sacramento had won earlier, so we were definitely raring to go and knew that this was a huge game [against Arizona]. We just wanted to come out, have fun, and get a result."

After the two teams battled to a scoreless draw in their first meeting this season, Saturday’s clash between WFC2 and Republic FC is setting up as one of the biggest of the season for both sides.

The atmosphere in Sacramento is always electric, but with so much now on the line, the motivation for Vancouver and Sanner to go there and show their strength already has them fired up for the occasion.