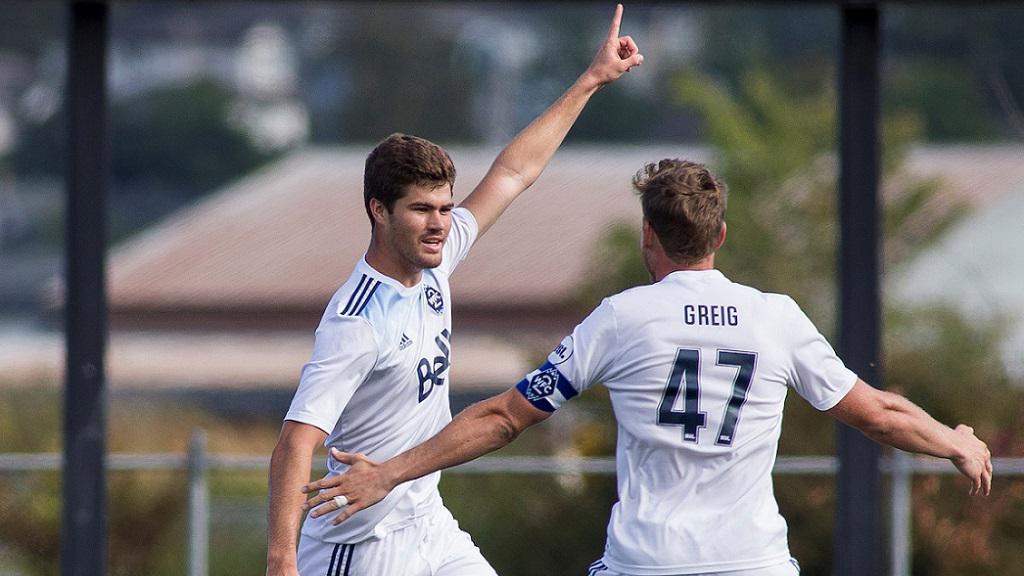 LANGLEY, B.C. – Playing up a man, Vancouver Whitecaps FC 2 eventually took full advantage as Thomas Sanner scored three goals in the final 10 minutes and second-half stoppage time to lead WFC2 to a 3-1 victory against Arizona United SC on Sunday at McLeod Athletic Park. Arizona's Tyler Blackwood netted his eighth goal of the season in the first half and it was looking good for the visiting side until Blair Gavin picked up his second yellow card in the 58th minute. United played the remainder of the match down a man and WFC2 waited until the final stretch to rally. With the win, Vancouver improves to 11-6-7 (40 points) overall and 6-2-3 at home. Arizona drops its second straight match, falling to 8-10-6 (30 points) overall and 4-7-2 on the road. Vancouver, this was the first of three home matches at McLeod as WFC2 will split between there and Thunderbird Stadium the rest of the way. Sunday’s game was the second and final regular-season match between WFC2 and Arizona. United earned a 3-2 win against Vancouver on Aug. 3 at the Peoria Sports Complex.

USLSoccer.com Man of the Match:
Thomas Sanner, Vancouver Whitecaps FC 2 – Three goals in the final 10 minutes and stoppage time led WFC2 from a potential loss to an important victory.