Guzman praises crowd of 11,569 as club returns to Bonney Field with 1-1 draw 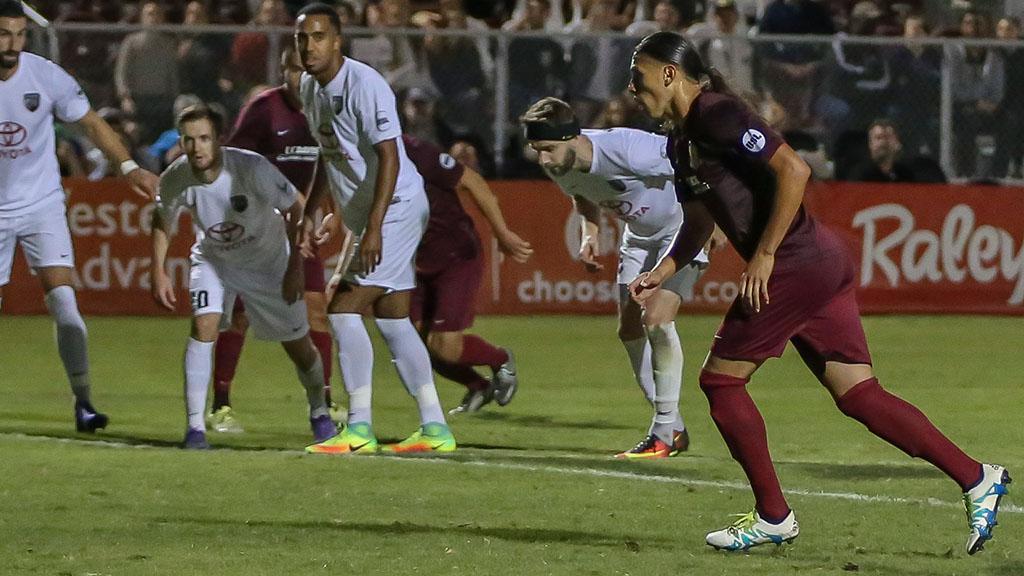 SACRAMENTO, Calif. – As the clock ticked into stoppage time, Sacramento Republic FC redoubled its efforts again. Down a goal to visiting San Antonio FC in front of 11,569 fans at Bonney Field, the hosts had done everything but find the back of the net in their return home on Saturday night.

Then, left back James Kiffe sprayed a ball across the field and continued to meander toward the opposing goal. After the first cross from the right was sent away by San Antonio’s defense, Octavio Guzman’s long header reached the left side of the penalty area, and as he tried to head home after getting behind his defense, Kiffe was felled.

The referee pointed to the penalty spot. Guzman stepped up, and fired a low shot that just eluded San Antonio goalkeeper Josh Ford, and the Republic FC had earned another valuable point in their pursuit of the playoffs.

“Most importantly it’s a point for the team,” Guzman said in a postgame interview. “I’m disappointed that we didn’t get the three points, we’ve got to settle for one point, they caught us sleeping in the first half and took advantage of that, but I think we were the better team tonight. It’s my first goal of the season, but most importantly the one point for us.”

Coming off a 1-0 victory through Kiffe’s first goal in the USL on Tuesday night against OKC Energy FC that capped a five-game road trip, Republic FC’s players were certainly happy to be back on home turf. With another sellout crowd on hand, Guzman said the energy from the stands helped push the side on late in the game.

“It felt good to be home, in front of our home crowd,” Guzman said. “We have an amazing crowd, they give us that much energy in the last minutes, so it felt good.”

While the crowd played a role, though, Republic FC Coach Paul Buckle was again delighted by the determination the side showed to make sure it got something out of a game that could have slipped away.

“I love that this team never gives in,” Buckle said. “It’s a side that keeps going. The fans keep us going. I thought we created the most chances in the game and I feel that’s the best we moved the football in a long time.”

San Antonio took the lead in the 15th minute, slightly against the run of play, as they seized upon a moment of indecision in Sacramento’s defense. After a giveaway in Republic FC’s defensive end, a low shot by SAFC’s Sebastien Thuriere was saved by Evan Newton, only for Cesar Elizondo to clean up the rebound for the Costa Rican forward’s first goal for the club.

San Antonio’s defense was then resolute in the face of pressure, but suffered a blow when Milton Palacio had to be stretchered off injured with 17 minutes to go. SAFC appeared as though it had done enough to earn a big road win, but Guzman’s late penalty denied what would have been a big three points in the side’s pursuit of a playoff position.

With Republic FC now third in the USL’s Western Conference standings, however, it was a draw that had the feeling of a win for the hosts, who will look for more next weekend in Saint Louis.

“We were down 1-0, so all we had to do was fight and try to come out with a point,” Guzman said. “We can’t afford to lose, so we just gave everything we got, everybody was fighting, so that was good to see on the team.”