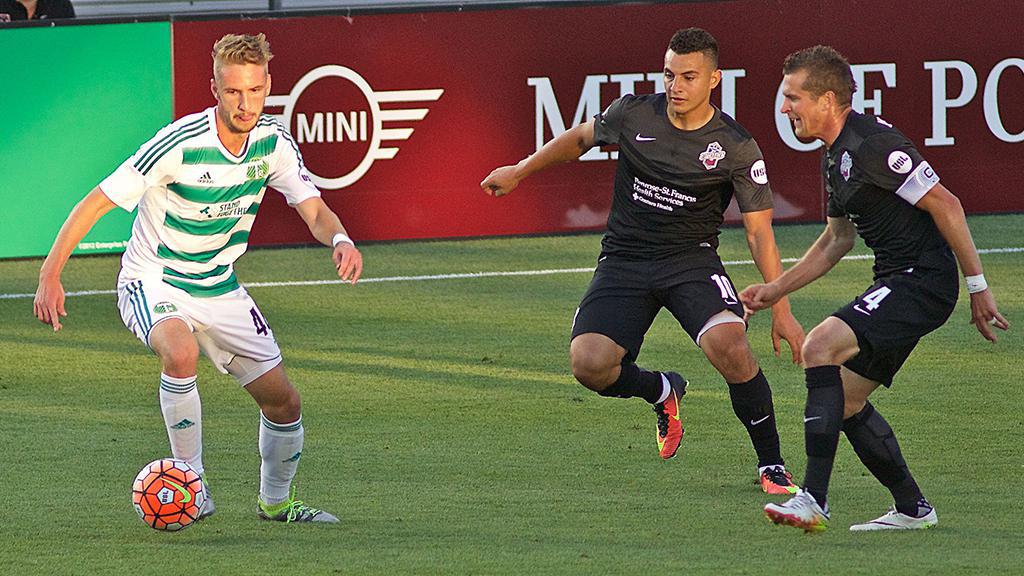 PORTLAND, Ore. – The Portland Timbers and Colorado Springs Switchbacks FC played to a 1-1 draw on Wednesday night at Merlo Field. The Switchbacks opened the game well, but T2 came close to taking the lead in the sixth minute, only for Kharlton Belmar’s close range finish to go astray. T2 took greater control as the half went on, but the Switchbacks regained control to start the second half, and had the chance to take the four minutes after the break only for Luke Vercollone shot a penalty kick off the left post after Saeed Robinson had been brought down in the penalty area. Portland worked its way back into the game, and hit the post through Belmar, but a minute later in the 73rd minute Gonzalez gave the Switchbacks the lead with a great, curled finish to the right corner of the net. The lead lasted only three minutes, though, as Rennico Clarke tucked home a free kick by Villyan Bijev. The Switchbacks pushed late to try and grab victory on the road, but McIntosh and his defense held firm as the game ended all square.

Kendall McIntosh, Portland Timbers 2 – McIntosh came through time and again when T2 needed him to and kept the game close, allowing Portland to earn a point at home against the Western Conference contenders.