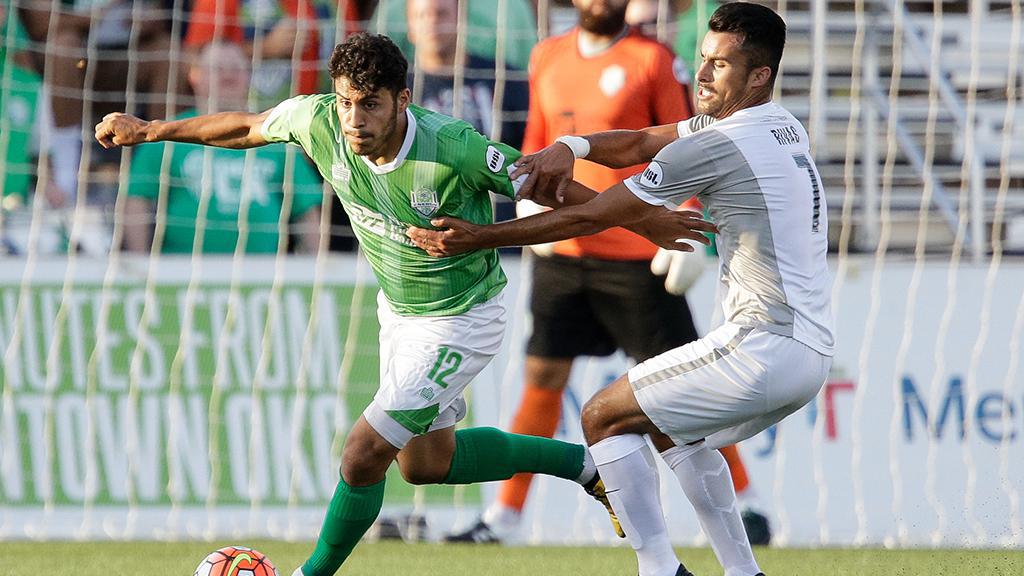 OKLAHOMA CITY – Sacramento Republic FC got a late goal from James Kiffe as it brought OKC Energy FC’s eight-game undefeated streak to an end with a 1-0 victory in the USL Game of the Week on ESPN3 at Taft Stadium on Tuesday night. Chances were few and far between in the first half, as only Sacramento forced a save through a shot by Danny Barrera. The visitors almost found the breakthrough early in the second half when Cameron Iwasa forced a near-post save from OKC goalkeeper Cody Laurendi, but for the most-part the defenses held sway as chances were either held up, or blocked, in the attacking third. The breakthrough finally came seven minutes from the end, when Kiffe put away a cut back from Cameron Iwasa to give Republic FC a crucial victory on the road.

James Kiffe, Sacramento Republic FC – Kiffe scored the only goal of the game, handing Republic FC a big boost to conclude its five-game road trip as it moved back into the top four of the Western Conference standings.