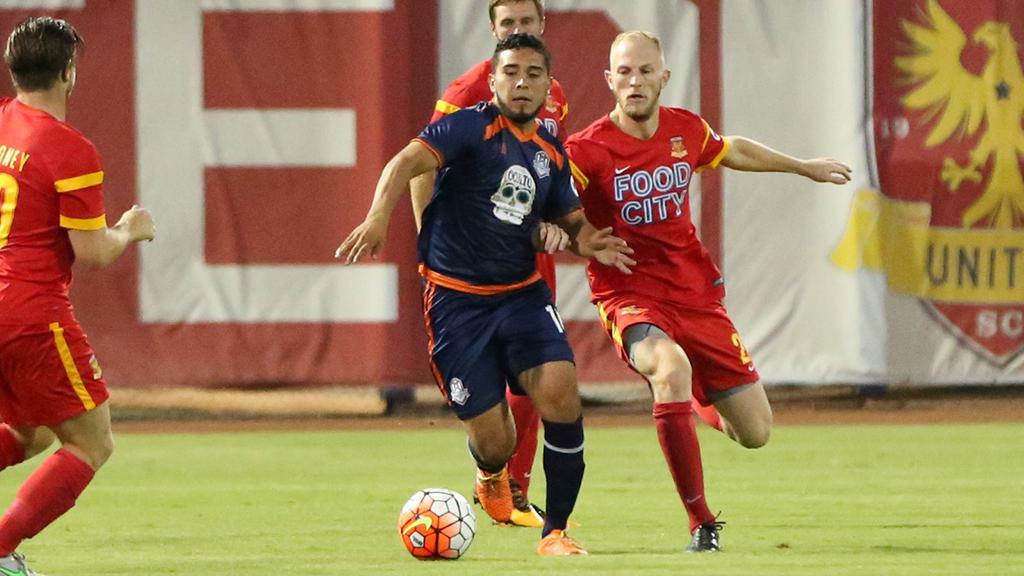 TAMPA, Fla. – Tulsa Roughnecks FC forward Cristian Mata has been voted the USL Player of the Week for the 19th week of the 2016 season after leading his side to a 2-1 victory against Arizona United SC on Saturday night. Mata scored both goals for the Roughnecks, including a stoppage-time winner, to earn the side its fifth win of the season. 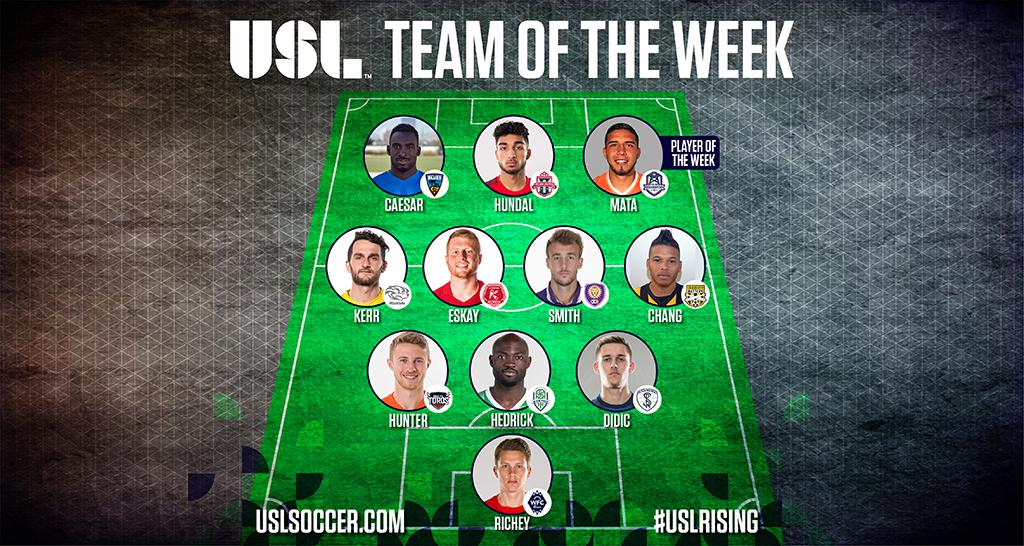 D – Cyprian Hedrick, OKC Energy FC: Hedrick put in a big performance as Energy FC held Saint Louis FC to only three shots on goal in a 0-0 draw on Saturday.

M – Maikel Chang, Charleston Battery: Chang had an assist for a second consecutive game to set up Heviel Cordoves’ equalizer in a 1-1 draw at FC Cincinnati.

M – Kevin Kerr, Pittsburgh Riverhounds: Kerr scored the opening goal and was strong throughout as the Riverhounds took a 4-1 win at Wilmington.

F – Cristian Mata, Tulsa Roughnecks FC: Mata scored both of the Roughnecks’ goals, including a stoppage-time winner, in a 2-1 victory against Arizona.

F – Trevin Caesar, Orange County Blues FC: Caesar had both goals as Orange County took a 2-0 victory against the LA Galaxy II in the I-405 Derby.