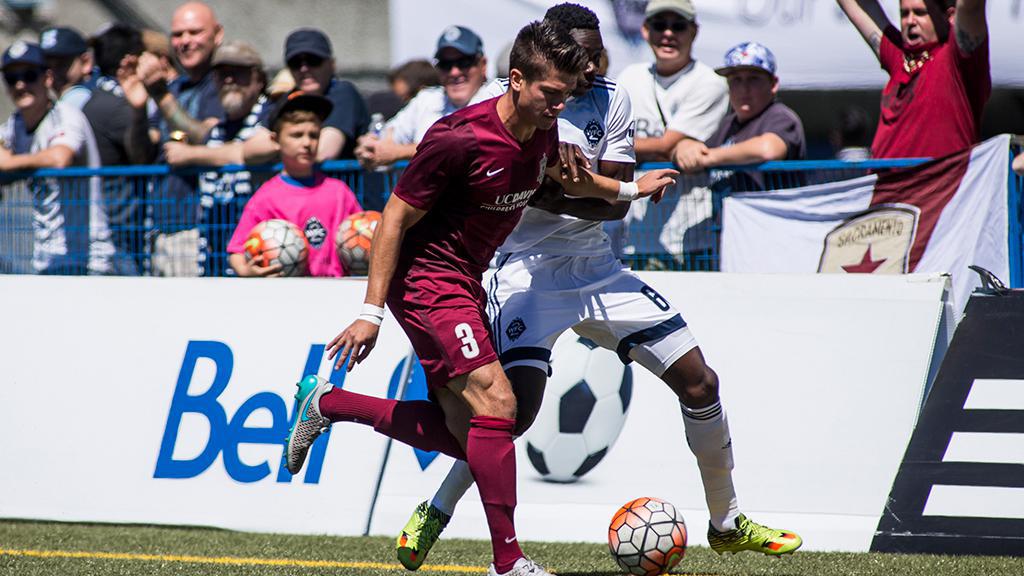 VANCOUVER, B.C. – Vancouver Whitecaps FC 2 scored in stoppage time as Thomas Sanner notched his first professional goal to take a 2-1 victory against Sacramento Republic FC on Sunday afternoon at Thunderbird Stadium. WFC2 had the upper hand early, but Sacramento took the lead in the 14th minute when Danny Barrera slipped Cameron Iwasa in behind Vancouver’s defense for a good finish to the right corner. WFC2 hit back seven minutes later from the penalty spot, however, as Marco Bustos converted following a foul on Kyle Greig in the penalty area. WFC2 continued to have the better of the game until the halftime break, but as the game wore on Sacramento started creating more chances. Republic FC substitute Adam Jahn volleyed just over, and a low shot by Iwasa forced a good save by Vancouver’s Spencer Richey, but it was WFC2 that grabbed victory as Sanner headed home a cross by Daniel Haber to earn his side all three points.

Thomas Sanner, Vancouver Whitecaps FC 2 – Sanner’s first professional goal made the difference in stoppage time as the hosts bounced back from a two-game losing streak to take victory at the death.