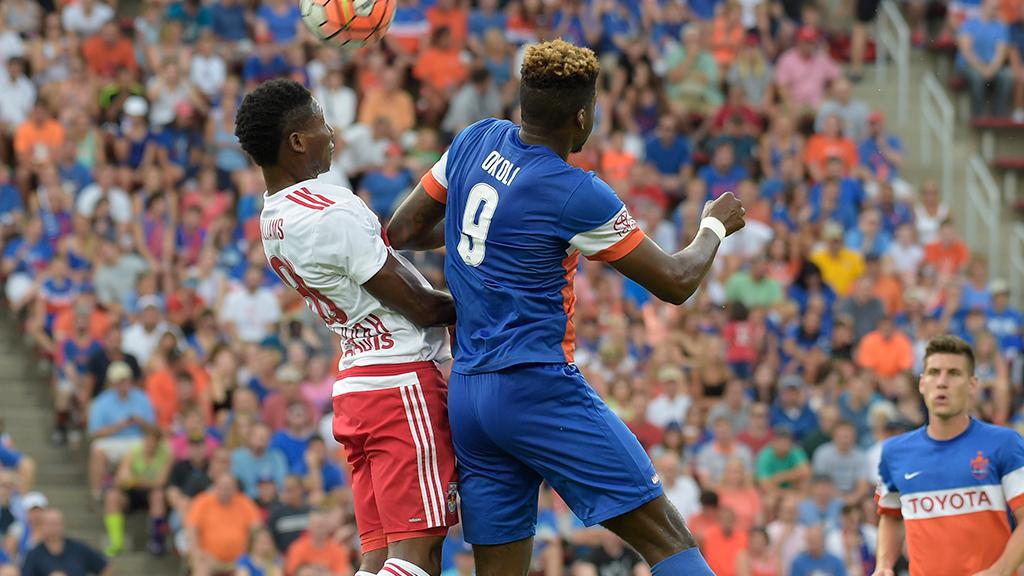 CINCINNATI – Florian Valot’s goal with four minutes to go capped a dramatic comeback as the New York Red Bulls II stunned a crowd of 16,127 fans at Nippert Stadium with a 2-1 win against FC Cincinnati in the USL Game of the Week on Wednesday night. Valot headed home a cross by Derrick Etienne to give the visitors victory, spoiling Cincinnati’s celebration of a new USL single-season attendance record. The Red Bulls II had the better of the game in the first half, and went closest to taking the lead shortly before halftime when Etienne’s free kick clipped the left post and went behind for a goal kick. The missed chances came back to haunt the visitors when Cincinnati took the lead on the hour-mark as Omar Cummings found Jimmy McLaughlin for a low finish from the left side of the penalty area. The Red Bulls II were able to get back on level terms with seven minutes to go, however, as Justin Bilyeu’s first professional goal off a free kick from 25 yards found the left corner of the net. Valot’s header with four minutes to go then grabbed victory from the jaws of defeat as New York took its eighth road win of the season.

Florian Valot, New York Red Bulls II – Valot’s first goal in a Red Bulls II jersey proved the decisive moment in an exciting contest as the visitors moved within a point of the lead in the Eastern Conference.