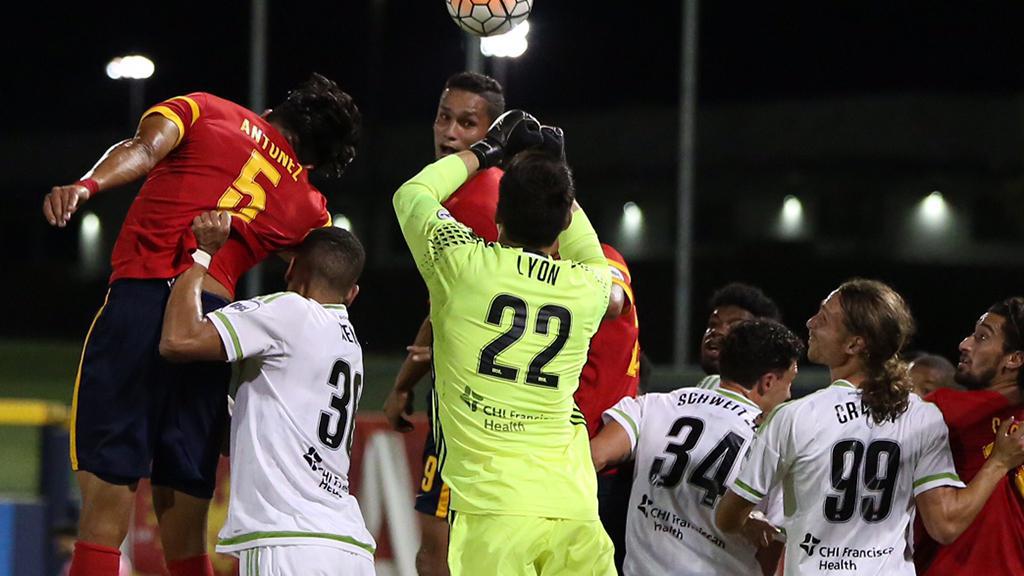 PEORIA, Ariz. – Darwin Jones scored twice as Seattle Sounders FC 2 took a 3-2 victory against Arizona United SC on Saturday night at the Peoria Sports Complex. S2 took the lead in the 25th minute on a perfect counter-attack when Zach Mathers release Darwin Jones for a breakaway finish just inside the right post. The hosts responded four minutes later when Chris Cortez fired home a shot from 30 yards that dipped just under the crossbar, and then took the lead through Long Tan’s finish in the 36th minute off a cross by Brock Granger. Seattle hit back just before the break on a great chipped finish from Jordan Schweitzer, however, and then regained the lead 11 minutes into the second half on Jones’ second of the night. Both teams had chances to add to the score in the final half-hour as United pushed late for an equalizer, but S2 held on to take victory and jump past the hosts in the Western Conference standings.

Darwin Jones, Seattle Sounders FC 2 – Jones scored his second and third goals of the season with great aplomb to give Seattle back-to-back victories for the second time this season.