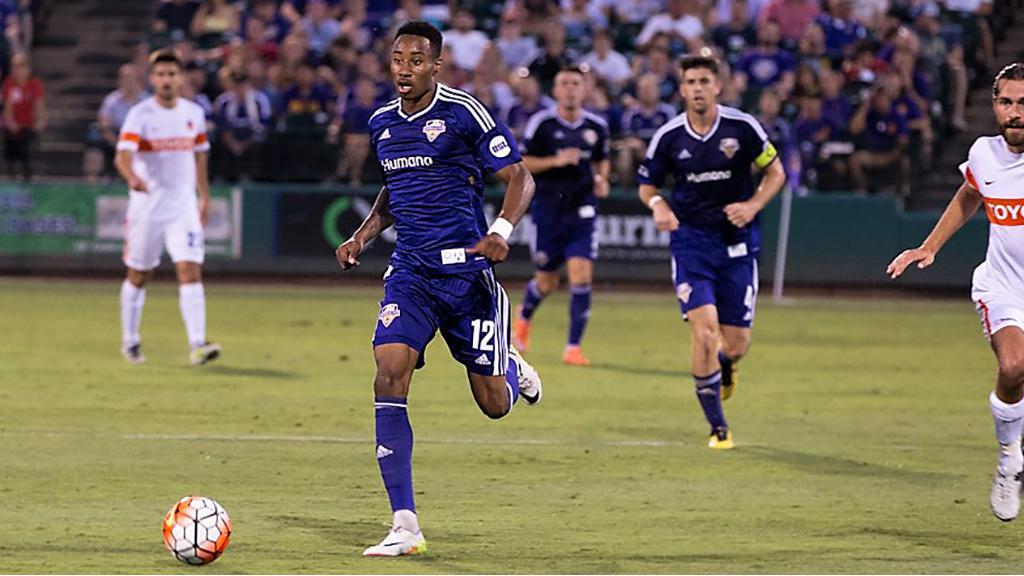 Midway through the regular season, the USL’s standings are at a point where the clear hierarchy between the teams at the top of each conference are becoming apparent, as are the contenders for the remaining places in the playoffs at the end of the season.

After this weekend’s results, the two separate races became more distinct, with wins by teams like Cincinnati, Charleston and each of the top three in the Western Conference creating a certain amount of separation from the pack, as those in the bottom half of the playoff positions in both conferences forced to settle for draws, or even having the gaps closed on them thanks to wins by teams such as San Antonio and Swope Park.

San Antonio, with its three wins, might be the team that could gain the most in the upcoming weeks, with Saturday’s clash against OKC Energy FC a crucial one as both teams look to boost their playoff prospects. As the conference leaders have proven so far, though, finding ways to pick up victories – even when a draw seems likely – is the quickest way to make sure you’re not only in the field when the postseason arrives, but in with a chance of a clear path to the championship.

1. Louisville City FC (Previous: 1)
Last Week: Bye
Louisville will kick off Week 16 with the knowledge it can extend its lead at the top of the Eastern Conference with a win against FC Montreal after the New York Red Bulls II were held to a scoreless draw by the Rochester Rhinos.

2. Sacramento Republic FC (Previous: 3)
Last Week: W 2-1 vs. Seattle Sounders FC 2
Sacramento’s undefeated streak moved to nine games on Saturday night thanks to Mike Da Fonte’s 78th-minute winner against Seattle, and while there might have been a little frustration on Coach Paul Buckle’s end that his side didn’t put the game away sooner with the chances it created the fact remains that Sacramento created good chances throughout the game. A midweek clash with Real Monarchs SLC, which has proved a thorn in Republic FC’s side before, should be one to watch on Wednesday.

3. FC Cincinnati (Previous: 4)
Last Week: W 1-0 vs. Bethlehem Steel FC
Cincinnati picked up another nice home win against Bethlehem thanks to former Philadelphia Union Homegrown player Jimmy McLaughlin’s goal, and continued to play the style of attacking soccer its fans have become accustomed to with another massive crowd of 17,380 filling Nippert Stadium. It’s a little bit down the line, but with Cincinnati now a point back of the New York Red Bulls II, the clash between the two teams on July 22 is going to be a must-see at Nippert Stadium.

4. New York Red Bulls II (Previous: 2)
Last Week: D 0-0 vs. Rochester Rhinos
The Red Bulls II remained in solid contention for top spot in the Eastern Conference after their scoreless draw with the Rochester Rhinos – the second such score line between the two sides this season. The Red Bulls II were on the back foot for good portions of the game against the Rhinos, who held a 6-1 advantage in shots on goal, but defensively the side remained solid as it kept its best defensive record in the league intact.

5. Vancouver Whitecaps FC 2 (Previous: 5)
Last Week: W 2-1 at Real Monarchs SLC
Vancouver remained on top of the Western Conference standings thanks to Brett Levis’ dramatic winner against the Monarchs on Saturday night, and has some breathing room on the pack with Sacramento four points back and Colorado Springs six points back despite having games in hand. WFC2’s margins have been slim, with its three wins in the past four games each coming by a single goal, but the side keeps on finding ways to win as it enters a week off before an interesting trip to Texas to face Rio Grande Valley and San Antonio.

6. LA Galaxy II (Previous: 6)
Last Week: W 2-1 vs. Orange County Blues FC
The Galaxy II continued to hold the upper hand in the I-405 Derby on Saturday night thanks to goals by Adonis Amaya and Jack McBean, and are now undefeated in their past seven outings to remain in second place in the West for the time being. Los Dos now get the week off before they enters maybe the most challenging section of their schedule, with eight of their next nine games on the road, but given the success the side found away from StubHub Center a year ago – finishing with a league-best eight road wins – it’s definitely not a given that the side will take a hit in the standings as a result.

7. Charleston Battery (Previous: 8)
Last Week: W 2-0 vs. Richmond Kickers
The Battery took their third consecutive victory on Saturday night as they defeated their longtime rivals the Kickers at MUSC Health Stadium, and the belief in the potential this side has seems to have been regained as it makes the trip to Louisville this Saturday in one of Week 16’s must-see games. With clear separation between the top four and the rest of the pack in the East, it will be interesting to see if the Battery can maintain that gap with challenging contests against Orlando, New York and Cincinnati coming up following Saturday’s game.

8. OKC Energy FC (Previous: 7)
Last Week: D 0-0 vs. Rio Grande Valley FC
Another week, another draw for Energy FC, but this one will have been particularly disappointing for the side as Danni König missed a pair of penalty kicks that gave the host the chance to take a big three points against the Toros. Energy FC can still put itself in position for a top four position, but visits to the recently surging San Antonio and Swope Park in its next two contests will put the pressure on Coach Jimmy Nielsen’s side to produce.

9. San Antonio FC (Last Week: NR)
Last Week: W 2-1 at Tulsa Roughnecks FC
San Antonio moves into the Top 10 this week thanks to a third consecutive victory, which arrived on Sunday night in a strong road victory against Tulsa. SAFC has put itself a point back of Energy FC going into the meeting between the teams this Saturday night, and with home games against Whitecaps FC 2 and the Galaxy II to follow, we’ll get the chance to see how strong San Antonio’s playoff credentials might be over the next three weekends.

10. Orlando City B (Previous: 10)
Last Week: D 1-1 vs. Charlotte Independence
Orlando rallied back to earn a point against Charlotte to remain solidly in the top eight in the Eastern Conference, and has lost only once to conference leader Louisville in its past eight games. The ability to battle back and make good adjustments has been impressive in the team’s recent run of form, but with visits to Rochester and Charleston next up on the docket they’ll be put to the test over the next 10 days of action.