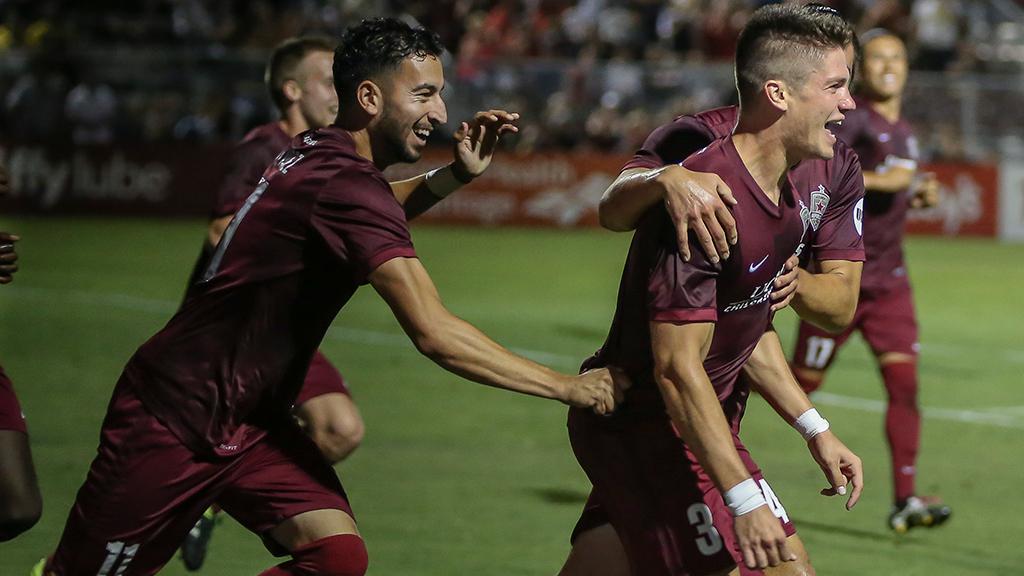 SACRAMENTO, Calif. – Frustration was beginning to mount for Sacramento Republic FC on Saturday night, as a standout performance by Seattle Sounders FC 2 goalkeeper Charlie Lyon, and an exquisite goal by Zach Mathers had the game level with 15 minutes to go in front of a sellout crowd of 11,569 at Bonney Field on Saturday night.

Despite numerous missed chances throughout the game, though, the hosts reached back into their set piece arsenal, and found a winner. After Mackenzie Pridham’s late equalizer the previous week against Arizona, Mike Da Fonte’s first goal for the club proved decisive against S2 as Republic FC took a big 2-1 win.

“It was nice because [Danny Barrera] put the ball on the back post, I got off my man and I put it back across the goalie,” said Da Fonte. “Seeing it hit the back of the net was nice because that guy was saving everything tonight.”

The victory saw Republic FC extend its undefeated streak to nine games, and move into third position in the Western Conference with games in hand on both leader Vancouver and second-placed LA. Despite the release of Da Fonte’s late winner, though, the frustration that had been building prior was voiced by Republic FC Coach Paul Buckle.

“It’s very difficult not to get frustrated as head coach,” Buckle said. “Our number of chances are going up, they’re not going down. I’ll have to be happy on the amount of chances because for me, we were very functional again, very, very good at changing systems. We played with a 4-1-3-2. I thought we’ve done really well with the ball. We created numerous chances that need to be put away. They need to be put in the back of the net to give us the breathing space to go on.”

Things certainly could have been more comfortable for Sacramento, instead of the late tension that the game saw. In addition to Lyon finishing the game with seven saves, five of which came in the first half, Republic FC had a handful of other chances go just over, wide, or in the case of Barrera’s free kick just before halftime off the woodwork.

The side was also dealt an early blow as standout fullback Emrah Klimenta was forced from game in the 15th minute with an apparent knee injury. The intent from the side and Buckle was evident in the substitution that was made, with Tommy Thompson coming into the game, as Octavio Guzman shifted into the defensive position.

“We lost Emrah, who is a big player for us both defensively and in attacking and we shuffled,” Buckle said. “I wanted to be positive so I put in Guzman there and brought Tommy Thompson on, which showed my intent in terms of trying to take the game to them.” 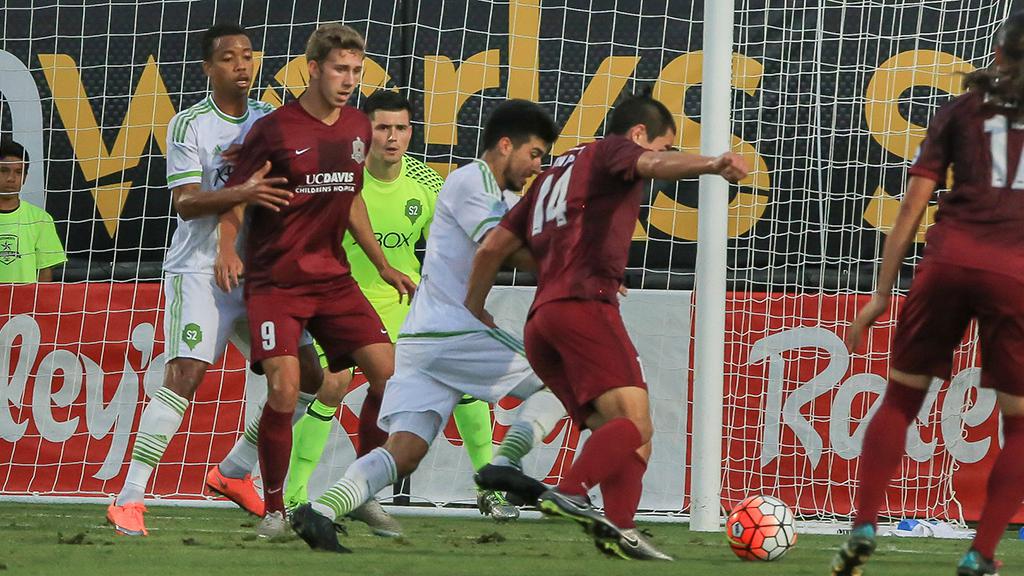 Republic FC will look for more of the same on Wednesday night as the side will likely face another top young goalkeeper in Lalo Fernandez and Real Monarchs SLC. With Saturday night’s three points allowing the side to keep pace with victories by WFC2 and the Galaxy II on Saturday, the opportunity is now there to push for the top spot in the conference.

“We all know we missed a lot, but as long as we get the three points that’s all that matters at the end of the day,” said Da Fonte. “We know we have the quality up front and we’re always going to create opportunities so it’s just a matter of time until we score them. We have five away games in a row so it’s going to be tough but we can do it. We’ll be a on a streak still.”