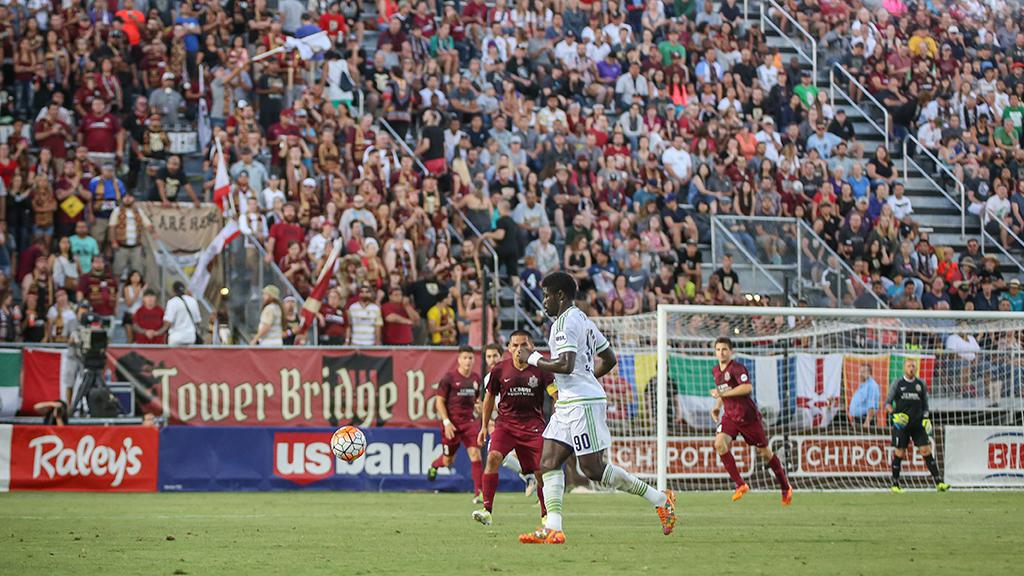 SACRAMENTO, Calif. – A sellout crowd of 11,569 fans saw Sacramento Republic FC claim a 2-1 victory against Seattle Sounders FC 2 at Bonney Field in a back-and-forth clash on Saturday night. Republic FC took the lead early on as Adam Jahn set up Harry Williams for a low finish, and the hosts continued to control much of the game. Seattle had some chances on the counter-attack, but was kept in the game by goalkeeper Charlie Lyon as he finished the first half with five saves, while Danny Barrera also hit the crossbar for Sacramento with a free kick just before halftime. Those saves became all the more important with 20 minutes to go when S2’s Andy Craven laid a pass off to Zach Mathers at the top of the penalty area, and Mathers curled home a finish into the top-left corner to make it 1-1. Sacramento regained the lead eight minutes later, however, as Mike Da Fonte’s header off a Barrera free kick found the left corner of the net, and the hosts closed out the victory to secure another big win.

Mike Da Fonte, Sacramento Republic FC – Da Fonte recorded his first goal for Sacramento, and it brought victory to Republic FC as the side extended its undefeated streak to nine games, and remained third in the Western Conference standings.