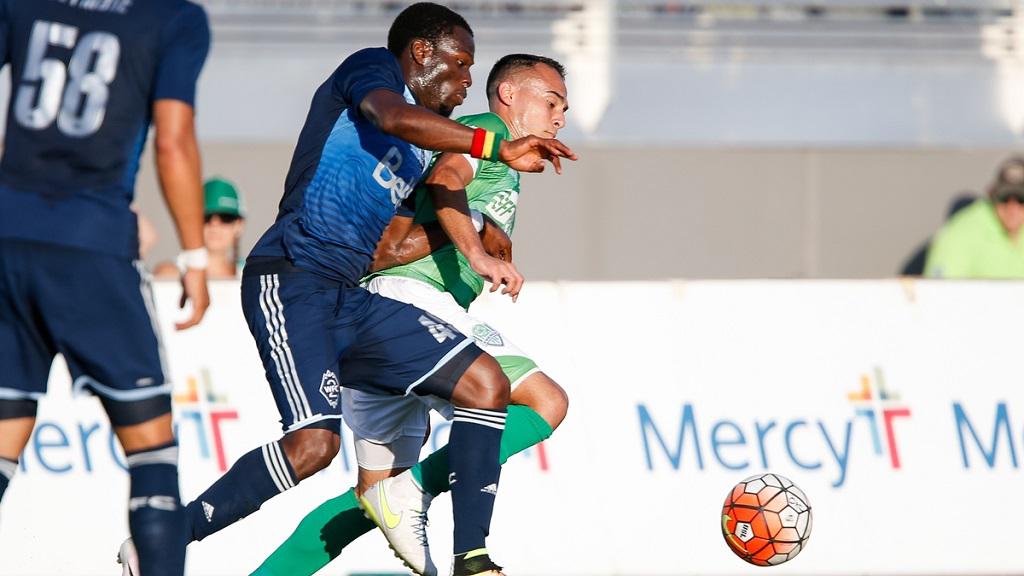 OKLAHOMA CITY – Western Conference-leading Vancouver Whitecaps FC 2 and OKC Energy FC played to a 1-1 draw on Saturday at Taft Stadium. Fatawu Safiu put Vancouver up in the 26th minute and Coy Craft notched a clutch equalizer in the closing moments of the first half for Energy FC. While the two sides split with a point apiece, Vancouver maintains its first-place position in the West with an 8-2-5 record and 29 points. WFC2 is 4-1-3 on the road this season. OKC moves to 5-2-5 (20 points) and 2-1-3 at home.

USLSoccer.com Man of the Match:
Coy Craft, OKC Energy FC – Craft scored a big equalizer late in the first half, just a few minutes after entering the match, and created multiple scoring chances for himself and others during the second half.