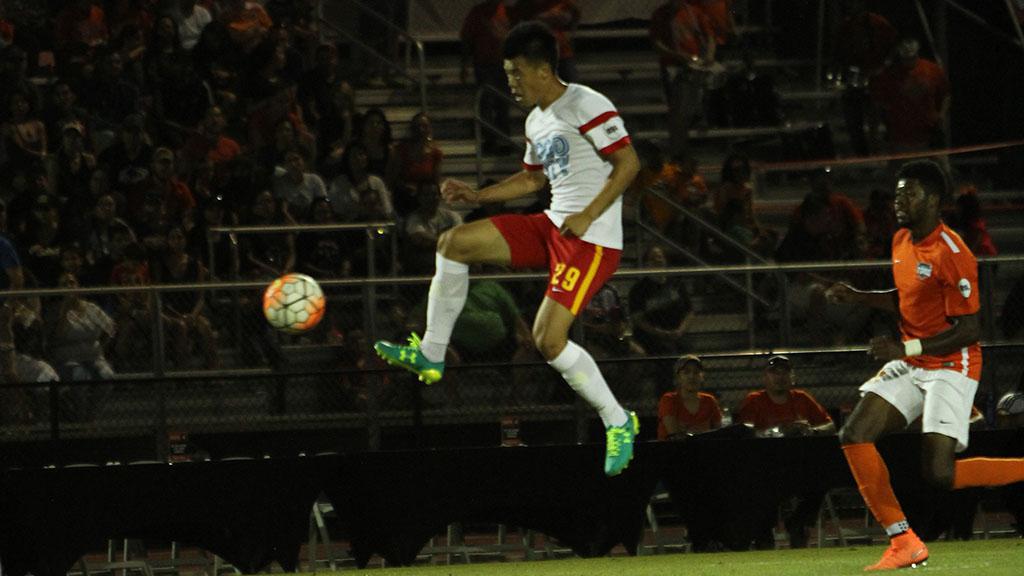 EDINBURG, Texas – Arizona United SC rallied to earn a 1-1 draw against Rio Grande Valley FC on Wednesday night at the UT RGV Soccer Complex. Arizona (4-5-4, 16pts) had a big chance to take the lead early as Long Tan’s close-range finish was snuffed out by RGVFC goalkeeper Callum Irving, but the Toros (6-4-5, 23pts) took the lead in the 21st minute when Eric Bird beat United’s offside trap to finish off a through-ball by Jose Escalante. The Toros had the chance to double their lead just past the hour-mark, only for Memo Rodriguez to hit the crossbar, and on the ensuing counter-attack Chris Cortez released Tyler Blackwood to notch the equalizer in the 63rd minute. The hosts came closest to finding a winner late on, but United withstood the Toros’ pressure to earn a point on the road.

Jose Escalante, Rio Grande Valley FC – After serving a suspension on Saturday against Sacramento Escalante returned to the starting lineup for the Toros and showed why he’s been arguably the brightest player for the Toros all season, providing the assist on Eric Bird’s goal, and almost setting up Memo Rodriguez for another.