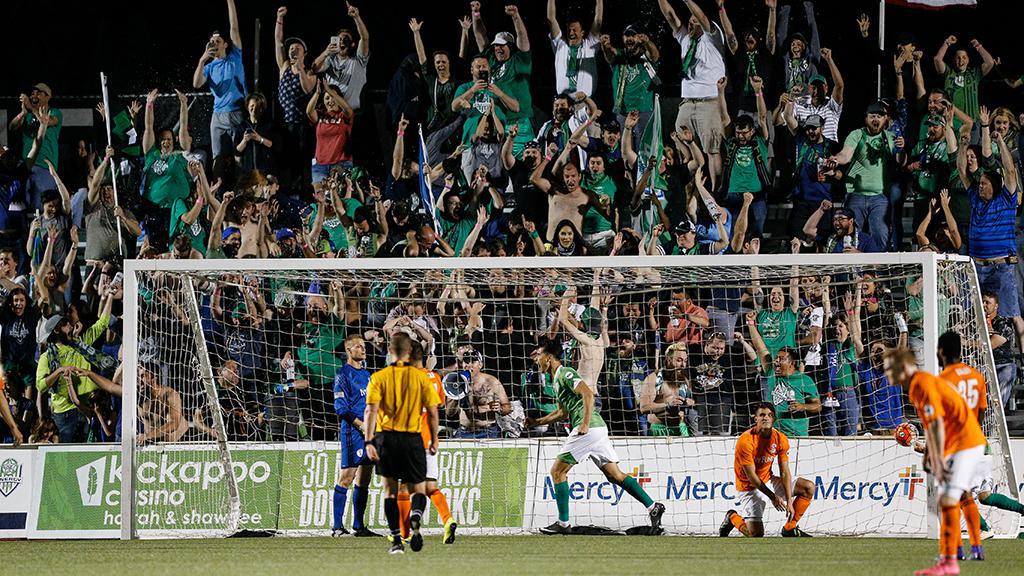 OKLAHOMA CITY – The USL’s OKC Energy FC and Oklahoma Football Club announced on Monday a groundbreaking partnership which will create opportunities for players in Oklahoma to have a direct developmental path that takes them from youth academy soccer to professional soccer within one organization.

“Energy FC is pleased to align with OFC to expand training and development opportunities for our youth, in a united effort to continue growing the game in Oklahoma,” said Energy FC co-owner Tim McLaughlin. “We put great value in partnerships like this and look forward to bringing our full resources to bear and fostering an environment where organizations can work together for the greater good of the game.”

“OFC is excited to partner with the Energy to create an aspirational model for our players,” said OFC Co-Coaching Director Stephen Phillips. “We are always looking to be innovative and take the game in Oklahoma to higher levels and so a partnership with the Energy, an organization looking to do the same makes perfect sense.”

Oklahoma FC was established through the affiliation of the competitive soccer programs of the Edmond Soccer Club and North Oklahoma City Soccer Club. The merger of the programs has created the most successful soccer club in the state of Oklahoma. With a focus on providing a home for youth competitive players to play soccer at their highest potential level, the club has built a strong presence in the region which will see its players now continue improve their technical ability, tactical knowledge, physical capabilities, and psychological awareness thanks to the partnership with Energy FC.

Monday’s announcement followed the announcement of another significant partnership for Energy FC with the Oklahoma Soccer Association, whereby the USL club will guide coaching education, player development and community growth initiatives at all levels. The affiliation with Oklahoma FC adds an additional layer of providing resources to guide the competitive players in Oklahoma.

“This is just another step in building out the soccer pyramid for players in our state,” said Energy FC General Manager Jason Hawkins. “We want to do our part to help ensure that players in our state on all levels are granted the opportunities they deserve.”

With its partnership with Oklahoma FC, Energy FC can now provide a full development platform as players make their way up the ranks. The club’s newly established PDL team, OKC Energy FC U2, will link the academy program to the club’s professional side in the USL, allowing top young Oklahoma players a clear path to the top level.