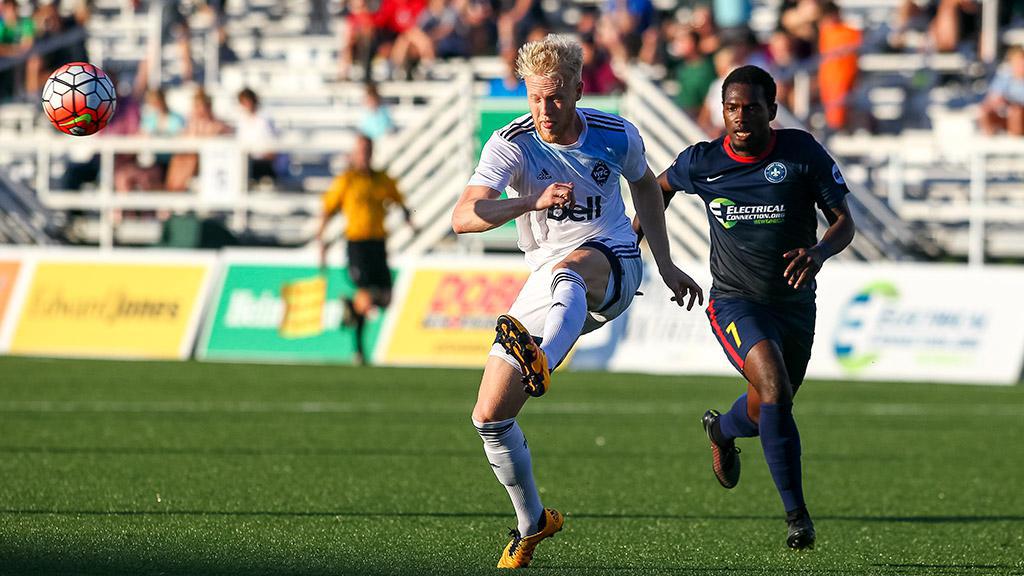 FENTON, Mo. – Saint Louis FC and Vancouver Whitecaps FC 2 played to a 1-1 draw on Wednesday night at World Wide Technology Soccer Park. Vancouver had the better of the first half, and took the lead midway through as Brett Levis surged forward from his fullback position and drove a finish into the right corner of the net from 25 yards out. Saint Louis (4-3-3, 15pts) rebound well after the break, and Jamiel Hardware found the equalizer just past the hour-mark after his initial shot was blocked. STLFC’s Chad Bond twice hit the crossbar after Hardware’s leveler, but Vancouver (6-0-3, 21pts) was able to hold on to earn a point, and remain undefeated.

Jamiel Hardware, Saint Louis FC – Hardware’s goal earned Saint Louis a point, and his creativity helped turn the game around in the hosts favor after WFC2 made a strong start to take the early lead.