With another 11,500-plus crowd, loanee and teammates appreciative of environment 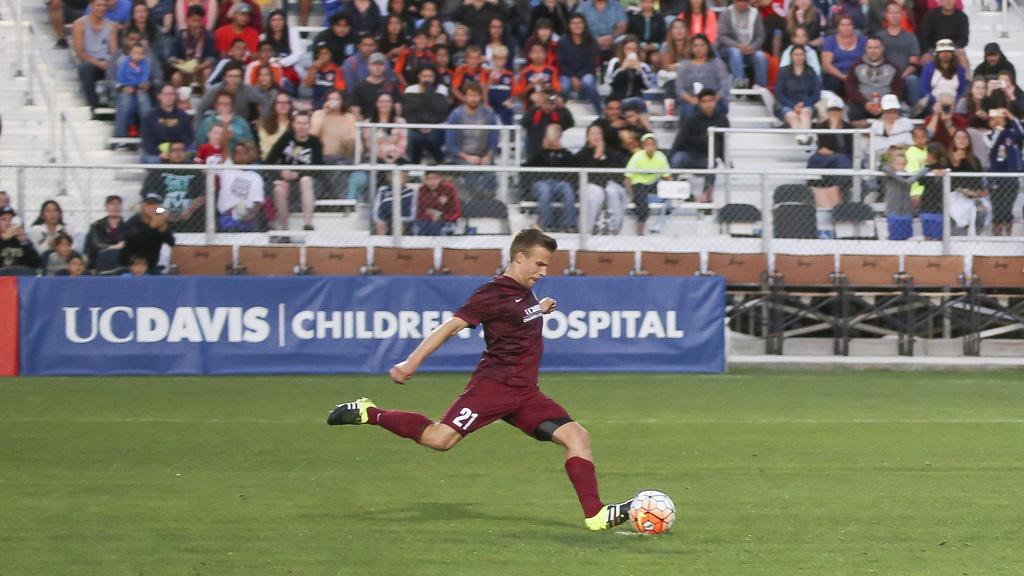 Sacramento Republic FC’s home faithful delivered once again with a 34th consecutive sellout at Bonney Field as 11,569 saw the club post a 2-0 win against Seattle Sounders FC 2 on Saturday night.

The club also was in for a treat as its on-again, off-again star loanee Tommy Thompson returned from his duties with Major League Soccer’s San Jose Earthquakes to record a brace. The club has been Thompson’s co-professional home, and he has certainly embraced Sacramento over the past three seasons.

From Thompson supplying the offense to the stellar defense anchored by goalkeeper Dominik Jakubek, the club delivered one of its most complete performances of the season in front of a fan base that has been behind them through a few trying moments this year.

“It’s amazing. It’s so cool,” Jakubek said of the Bonney environment and support. “The city that supports us and is behind us … words can’t really explain to play in front of all these people. I’ve played in this league before. It’s nothing like this at other places and everyone knows it, so we’re blessed.”

With the energy once again at a high level in the stands, the club delivered the results on the pitch.

Thompson supplied a first-half rebound off of his saved penalty kick, and then his strong individual effort to open the second half gave Sacramento a cushion that never was in jeopardy.

“He’s a really bright player,” Sacramento Head Coach and Technical Director Paul Buckle said of Thompson. “That [first goal] settled us down. Once we had that goal, it settled us. We should have added more than two. The second goal was excellent. We showed some very good signs in the attack, one- and two-touch play, but we could have added three, four, five goals. As professionals, that’s what we’ve got to look at.”

With the offense coming around, the staple of this season has been the defense. Jakubek and the back line posted their fifth shutout of the campaign.

“It’s a testament to how we practice and our staff – we’re organized,” Jakubek said. “You can see we only give up a few shots, so I’m really happy I made one or two saves. … It’s a credit to the way we train. We have a mindset that we’re very solid. We’re experienced. It’s going to take a lot to get by us.”