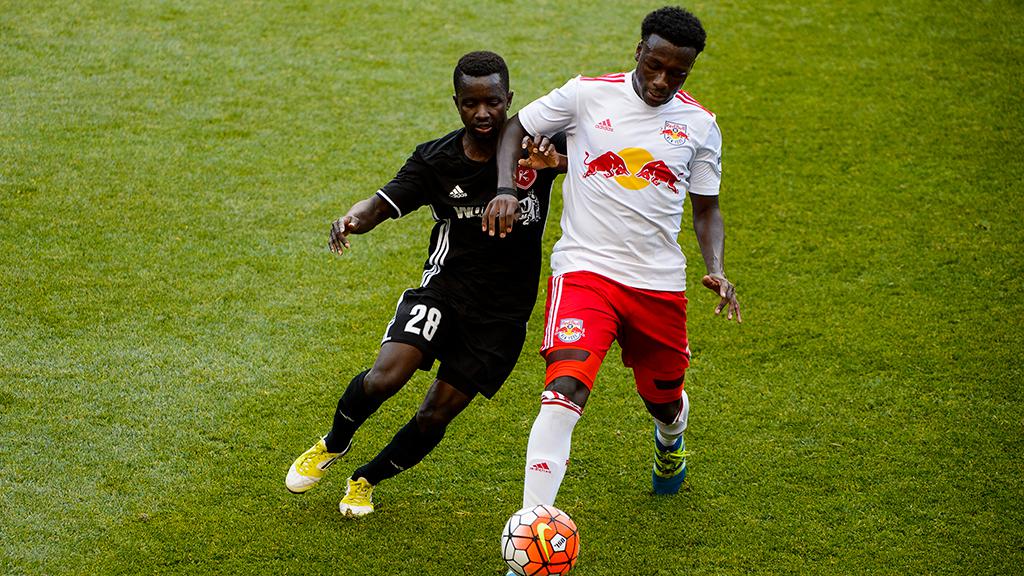 HARRISON, N.J. – The Richmond Kickers got a late goal from Brian Ownby to earn a 1-1 draw with the New York Red Bulls II on Saturday evening at Red Bull Arena. The Red Bulls II had multiple chances to take the lead before the breakthrough arrived in the 68th minute when a low cross by Konrad Plewa found Junior Flemmings 15 yards out. His shot hit the left post, but Anatole Abang was on hand to put home the rebound for his third goal this season. The Kickers hit back in the final minute to earn a point, however, as a fine cross by Alex Lee was flicked home by the head of Ownby to take a point back to Virginia.

Konrad Plewa, New York Red Bulls II – The right back was excellent throughout the game for the hosts, and created numerous scoring chances for the Red Bulls II as he linked up down the flank to give New York enough chances to take victory.