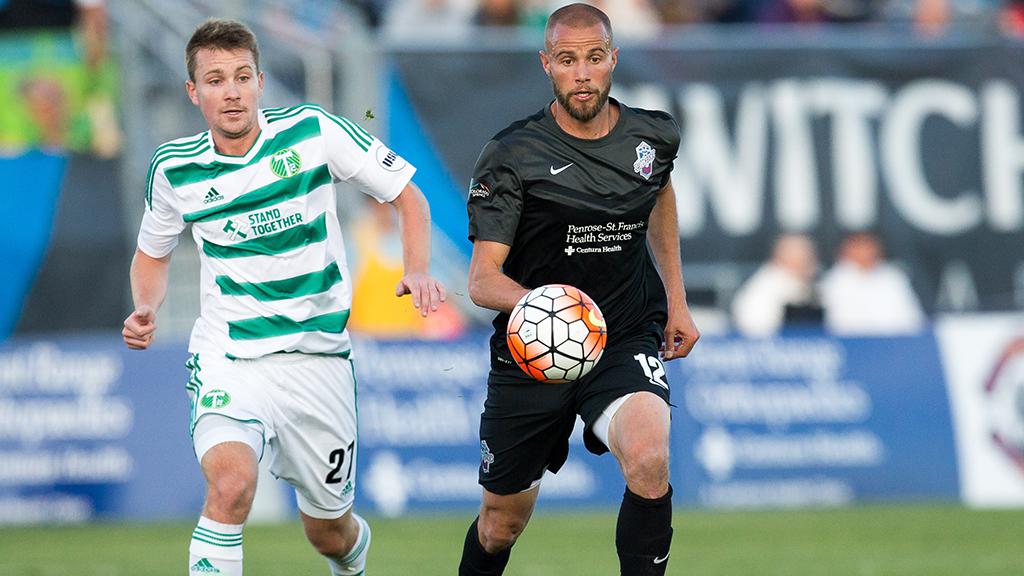 COLORADO SPRINGS, Colo. – A new club-record crowd was on hand as Colorado Springs Switchbacks FC took a 1-0 win against the Portland Timbers 2 in the USL Game of the Week on ESPN3 on Friday night at Switchbacks Stadium. The Switchbacks (5-2-0, 15pts) took the lead seven minutes into the second half off a set piece when Christian Ibeagha had his header saved, but Mike Seth put home the rebound. Portland (3-5-1, 10pts) created some openings, the best coming with seven minutes to go when Michael Gallagher flicked a header wide from a corner kick, but the hosts held on to claim their second consecutive victory.

Mike Seth, Colorado Springs Switchbacks FC – Seth notched the game-winning goal for the hosts, and had a solid all-around contest to lead Colorado Springs’ attack to its third consecutive home win this season.