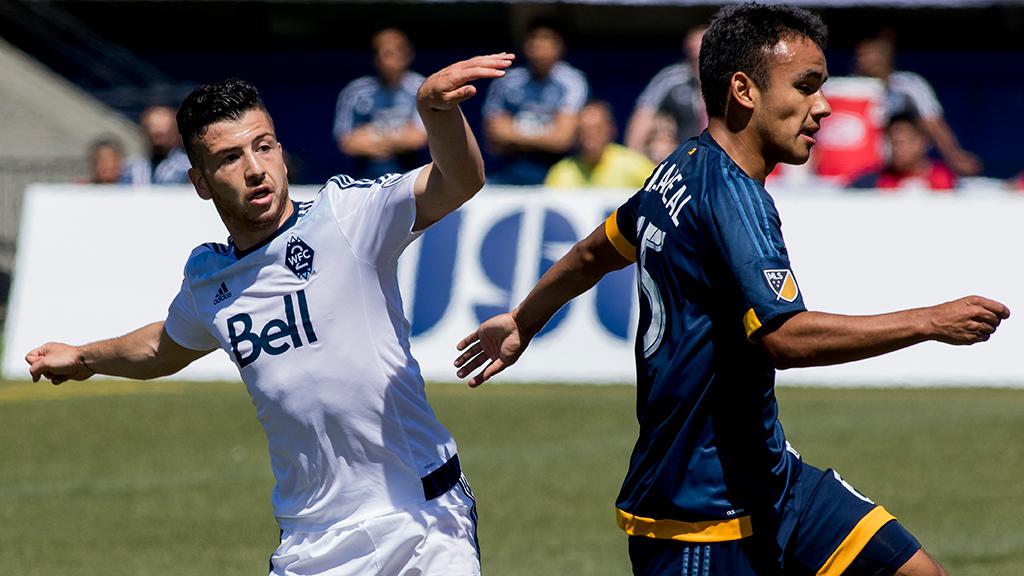 VANCOUVER, B.C. - The top two teams in the USL’s Western Conference will battle it out once again at Thunderbird Stadium on Sunday when the second-placed Vancouver Whitecaps 2 play host to leaders Los Angeles Galaxy II.

It will be the second meeting between the two teams this season and comes just three weeks after an epic battle in California that saw the Whitecaps storm back from two goals down to come away with a share of the points in an entertaining 2-2 draw.

Vancouver nearly snatched the win in LA, but took a lot from the match, the first of three consecutive games which have seen the young 'Caps come back from falling behind to take seven points. With the Vancouver and LA separated by just two points in the standings, WFC2 head coach Alan Koch is eager to get another shot at Los Dos.

"We know they're a top team and for us to go on the road and to come back and get a point, we take a lot of confidence from it," Koch told USLsoccer.com about the last meeting. "It's allowed us to build on that and show we're comfortable in every game we play in this league.

"We enjoy the games against them. They've been great challenges. Last game was an excellent contest and we're excited to play them at home on Sunday."

Galaxy II Coach Curt Onalfo wasn't as pleased with what he saw in the last meeting between the two sides. Feeling his team were fortunate to have the two-goal lead, the LA coach praised what he calls a "dangerous" Whitecaps side. But Onalfo also feels that his team "did a really poor job of managing the lead."

LA have been an attacking powerhouse this season, leading the league with 17 goals, but the WFC2 game also highlighted their biggest weakness this year at the other end of the park. For all of the Galaxy's offensive presence, they've shipped 11 goals in their nine matches so far, the second highest in the Western Conference.

The defensive lapses were evident again in LA's first defeat of the season, last weekend's 2-0 loss to Sacramento Republic FC, and they're one of a number of key aspects that Onalfo is working on improving.

"We obviously want to concede less goals and we want to possess the ball to continue to try and get results," Onalfo told USLsoccer.com. "The difficult thing is establishing consistency when your team is always changing. Our team is much different than it was last year. Our backline is different in some games than what we've been hoping for. So is our holding midfield from last year. There's definitely been change.

"As I look at the team, we knew it would be a little bit of a work in progress but we just need to continue, collectively and individually, to defend better in key moments and just minimise the goals we concede and continue to try and be dangerous going forward. I've seen progress".

Goals conceded aside, Onalfo is happy with what he's seen from his side overall through their first nine matches.

Sunday's game throws up some interesting match ups. Both teams have been sharp in from of goal this season, with their midfields key driving forces behind their success.

Vancouver are averaging one goal against per game, with two clean sheets so far this season. Their defensive resolve will be tested to the full when they go up against the USL's leading scorer Jack McBean, particularly WFC2's centre backs Sem de Wit and Cole Seiler, but Koch is relishing the prospect. 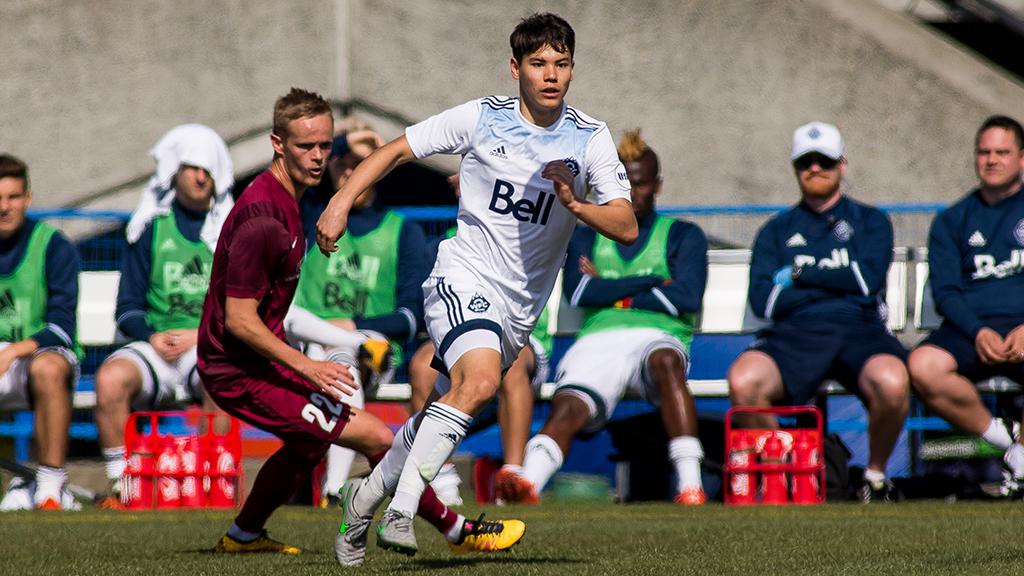 Goals conceded aside, Onalfo is happy with what he's seen from his side overall through their first nine matches.

Sunday's game throws up some interesting match ups. Both teams have been sharp in from of goal this season, with their midfields key driving forces behind their success.

Vancouver are averaging one goal against per game, with two clean sheets so far this season. Their defensive resolve will be tested to the full when they go up against the USL's leading scorer Jack McBean, particularly WFC2's centre backs Sem de Wit and Cole Seiler, but Koch is relishing the prospect. 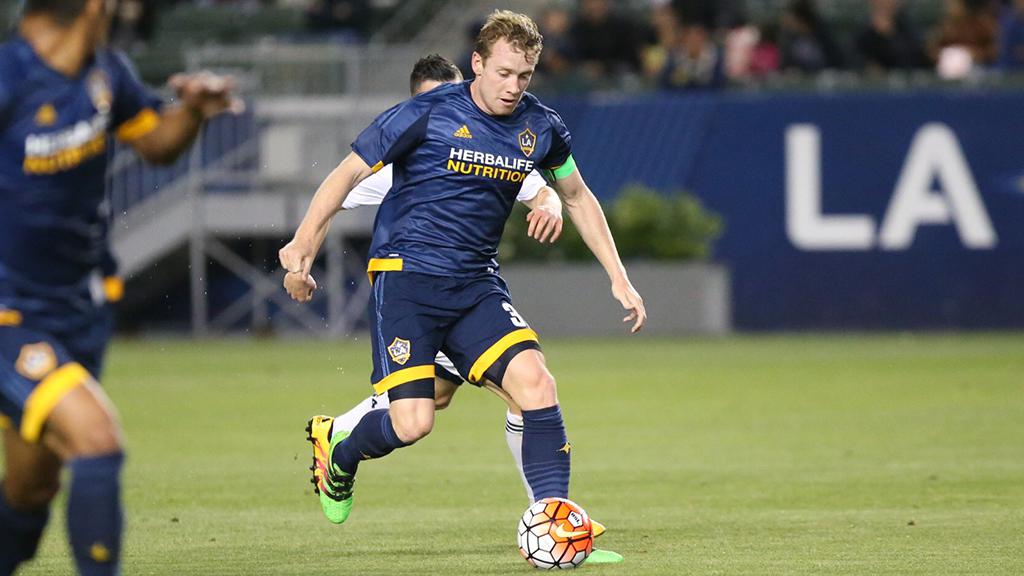 "He put together a great season last year," Onalfo told us. "He didn't score as many goals last year but he became a really important player for us. Having a full season with us, training every day, I think that gave him a lot of confidence. Last year there was a lot of attention on Ari [Lassiter], who was scoring the goals for us.

"He had a really good preseason. He scored nine goals in preseason as well. So that's 18 goals since we started this thing. He's confident, he's strong and he's finishing well. We're seeing a player that's been a pro now for six years, where it's starting to all come together."

McBean signed a MLS Homegrown contract in 2011 as a 16-year-old, making his debut in the last game of the regular season and scoring. After 17 appearances over his first three season, McBean has played with the Galaxy's USL side since their inaugural season in 2014. He's itching to make the jump back up to the first team and Onalfo feels it won't be too long before he does.

"There's no question in my mind that he can be playing in MLS," Onalfo said. "He's proven that at our level, he's one of the better players. We have a lot of good attacking players and you could argue that he's the best attacking player right now. His goal is to always aspire to play at a higher level and he's positioned himself to do so."

Having lost their unbeaten record last weekend, LA will be keen to make amends and end Vancouver's own unbeaten start to the season.

The Whitecaps are now the lone unbeaten side in the league. It's a fantastic achievement and turnaround in fortunes to their struggles in their inaugural season. But Koch has preached all season long that his team aren't getting carried away by their excellent start. In fact, staying unbeaten seems to be the last thing on anyone's mind at the club.

"Honestly, not at all," Koch said of whether they're thinking about their unbeaten start. "Nobody talks about it. The focus is one game at a time. I don't know, individual players may talk about it, but we've never actually spoken about it as a team and to be honest, we won't speak about it as a team, because it's the performance first that hopefully leads to a positive result.

"We want to win, of course, but we want to make sure we get the right performance, which hopefully be the catalyst to go out and get a positive result. So in terms of pressure, we don't feel any pressure because we don't even talk about it."