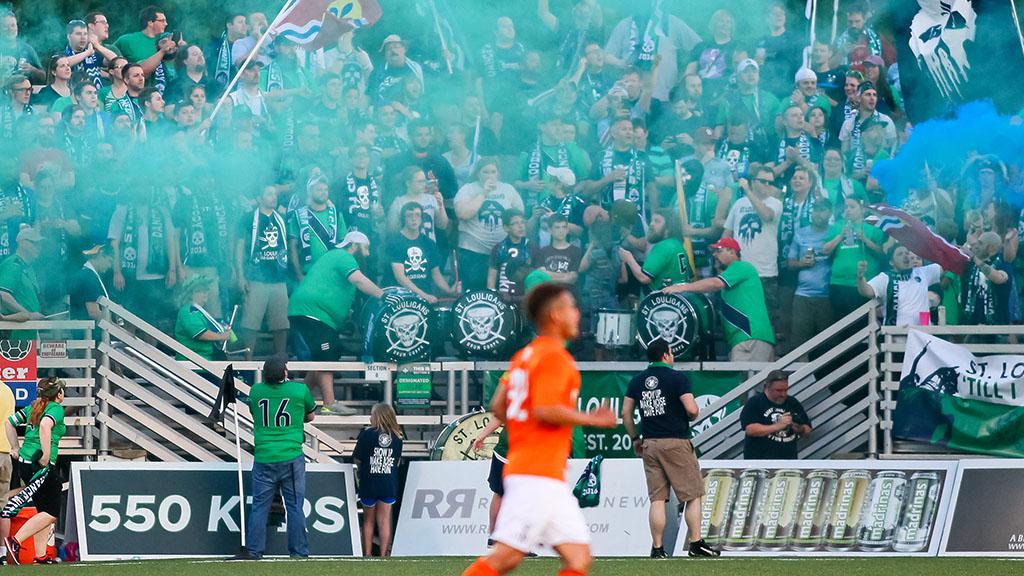 FENTON, Mo. – In front of a near-capacity crowd at the World Wide Technology Soccer Park on Saturday night, Saint Louis FC put in arguably its best performance of the season as it took a 3-0 win against the Swope Park Rangers in the first meeting between the two clubs.

According to midfielder Schillo Tschuma, who scored the opening goal on the night, it was all the fans led by the St. Louligans, deserved.

“The fans since I’ve been here have been amazing, even for preseason games,” Tschuma told reporters following the game. “Tying the first game was not result anyone wanted, and last weekend, not being able to play and coming in today and scoring three goals is good for the team and the fans. If you’re watching the games you want to see goals and we got three today. I hope it made everyone’s Saturday a good one here in St. Louis.” 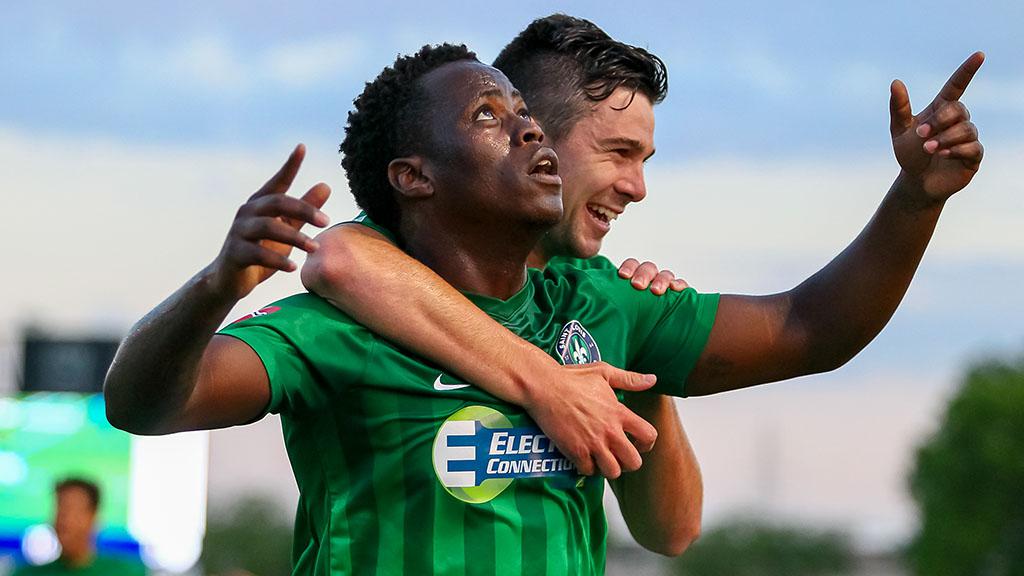 With a big crowd anticipated a week ago for the visit of undefeated Vancouver Whitecaps FC 2, the night ended as a damp squib as heavy rain and lightning forced the game to be postponed. On Saturday, the club’s vocal support saw STLFC extend its home undefeated streak to five games dating back to last season, with four of the five having been victories.

After starting the season with five of the team’s first six games on the road, getting back and playing well in front of the club’s home support was a priority for Coach Dale Schilly. But the veteran coach believes the extended road trip might have paved the path to extended success this season.

“We grew as a group,” Schilly said. “We had to go through some adversity. We had to have some difficult conversation after the first few games because of the results, and the guys have responded. Now we have a very tight group and they're working for each other. I think that showed tonight.”

After moving into third place in the Western Conference ahead of Sunday’s games, the positive momentum the side is carrying is evident. Goals by Chad Bond and Irvin Herrera either side of the halftime break, in addition to Oumar Ballo’s second yellow card for the Rangers between them, gave the side a grip on the game it wouldn’t relinquish.

With two more road games up next, including the first meeting for the King’s Cup at Louisville City FC next Saturday, STLFC appears to have built a solid foundation on which to build. For the players, though, the club’s next home game on May 25 is already a night they’re looking forward to.

“The fans have been amazing,” Bond said. “We come in and see the corner section, it’s a great thing to see. Us players want to play in front of big crowds, loud crowds. We scored three goals and gave them something to cheer about.”