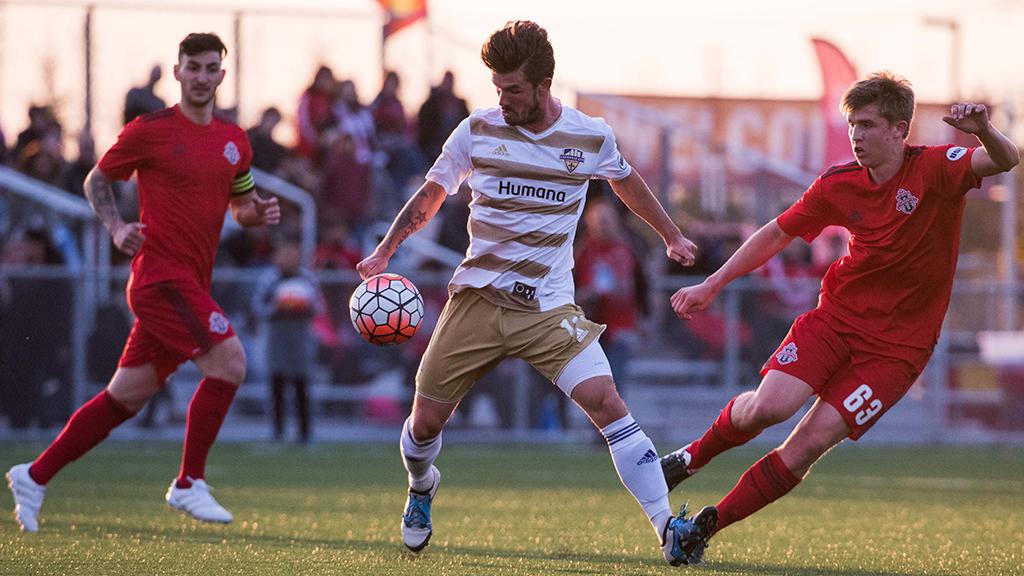 VAUGHN, Ontario – Louisville City FC (5-1-2, 17pts) scored in either half as it took a 2-0 victory against Toronto FC II (1-3-2, 5pts) at the Ontario Soccer Centre. Both goals came via TFC II mistakes, as an early own goal by Martin Davis gave Louisville the lead, and a botched clearance by Quillan Roberts led to Niall McCabe’s first of the season with 25 minutes to play.

Greg Ranjitsingh, Louisville City FC – Ranjitsingh put in a second consecutive solid performance, which was highlighted by a strong save on a free kick by Toronto’s Mo Babouli that kept Louisville ahead at the break.