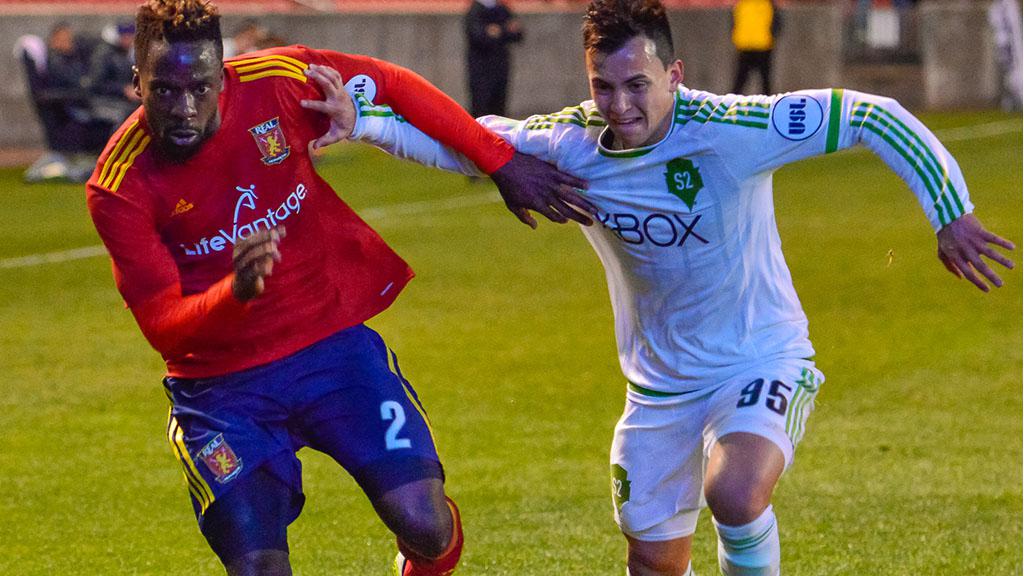 SANDY, Utah – Both Real Monarchs SLC and Seattle Sounders FC 2 created chances, but neither was able to capitalize as the sides played to a 0-0 draw on Tuesday night at Rio Tinto Stadium.

After a quiet opening, Seattle created an outstanding chance to take the lead in the 10th minute as Victor Mansaray was played in behind the defense in the right channel. The young forward shot low to the far post, but his effort glanced off the post and behind for a goal kick.

S2 (1-3-2, 5pts) threatened again on the counter-attack five minutes later as Harrison Kurtz sent a cutback from the left side over the crossbar. Soon after, Monarchs goalkeeper Lalo Fernandez had to be alert to turn wide a shot from distance by Nouhou Tolo from the left.

The Monarchs' (2-2-2, 8pts) first big chance came in the 32nd minute, when Ricardo Velazco picked up possession on the left side at the top of the penalty area, and sent a chip to the far post that was cleared away by Tolo before Maikon Orellana could finish. From the ensuing corner, S2 goalkeeper Tyler Miller went at full stretch to deny Phanuel Kavita’s header as the game remained scoreless.

Fernandez pulled off almost as good a stop for the Monarchs nine minutes before the halftime break. Myron Samuel got a clear look on goal for S2 from 15 yards and fired for the right corner, only for Real’s goalkeeper to turn it around the post for a corner.

The Monarchs applied more pressure to start the second half, and Devon Sandoval had a half-chance saved by Miller with a turning shot in the 58th minute. Emilio Orozco also went close with a header from a free kick that went wide of the right post.

Real had a late chance from a corner again through Orozco, but the defender couldn’t get enough power behind his header as Miller gathered with two minutes to go and the sides were forced to settle for a point apiece.

Tyler Miller, Seattle Sounders FC 2 – Miller earned his second consecutive shutout with a solid performance, including a standout save to deny Phanuel Kavita in the first half as Seattle extended its undefeated streak to three games.