Harken back to Portland’s return to action in the USL 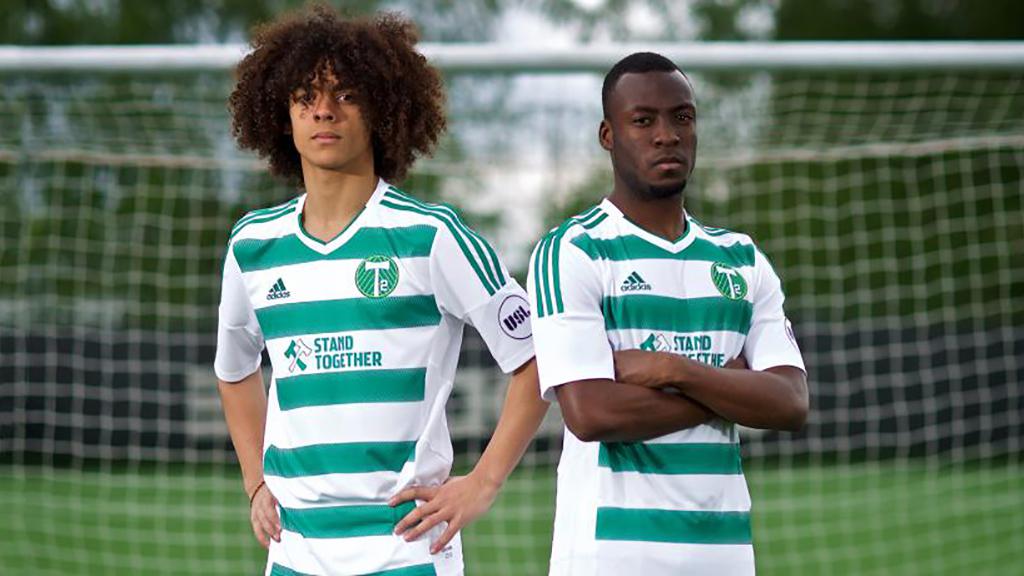 PORTLAND, Ore. – The Portland Timbers 2 unveiled a new third uniform that pays homage to the club’s history in the USL on Thursday, with the green and white stripes set to see action for the first time this Sunday when the side hosts Sacramento Republic FC.

“This shirt obviously had some connection to different eras of the past,” said Timbers Assistant General Manager Nick Mansueto. “It will not only have a connection to the fans that have seen it in the past, but also to the players who played in those eras as well.”

T2’s new uniform bears a strong resemblance to the home uniforms the club wore in the 2002 and 2003 seasons, when current Timbers General Manager Gavin Wilkinson was a player for the club. Needing a light alternative to the club’s primary and secondary jerseys, inspiration struck Mansueto and T2’s staff.

“We thought it was a good opportunity to embrace the club's history,” said Mansueto. “As the new shirt came together, it started to look pretty good.

“We're really excited about it,” he added.

The Timbers also announced that the jerseys will be auctioned through Stand Together at the conclusion of the T2 season, helping raise money for the club’s outreach initiatives and work in the community.