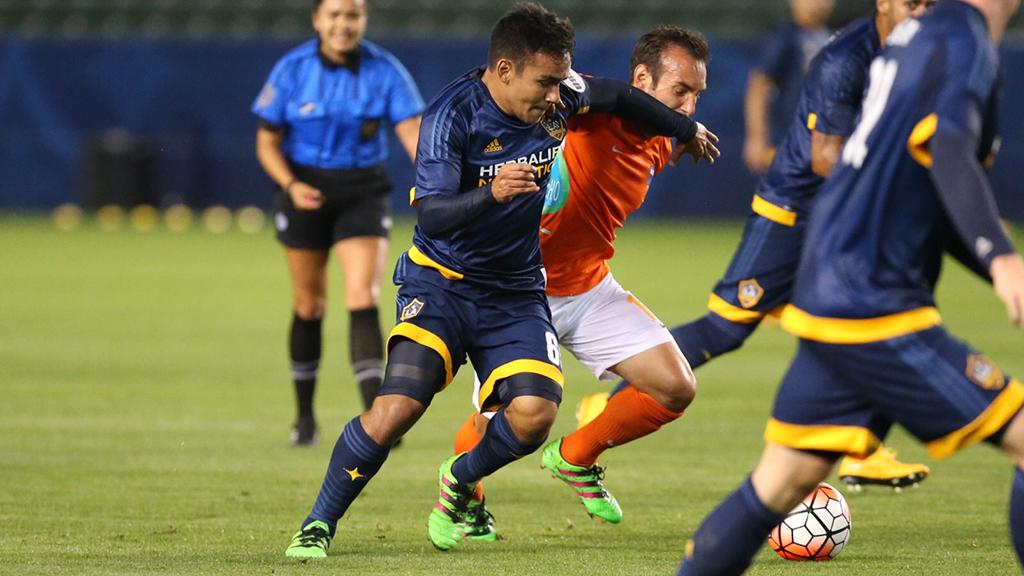 The Galaxy II (2-0-2, 8pts) almost opened the game with a goal in the opening minute as former Blues forward Denzel Slager used his speed on the counter-attack to fashion a chance, but Orange County goalkeeper Brandon Miller smothered his shot.

The Blues (0-2-1, 1pts) had their own big chance to take the lead in the 21st minute as Trevin Caesar got in behind the Galaxy II defense with a clever run, but his finish past the advancing Dan Kennedy, but his finish slid just wide of the right post.

The game went to the break scoreless, but the Blues almost carved out a chance in the 54th minute when Pavle Popara beat his man on the left, only for Jose Villarreal to clear the ball to safety for the Galaxy II.

Slager again went close to scoring against his former club four minutes later, but his shot from a tight angle on the right went straight through the six-yard area and couldn’t find a finishing touch.

The Galaxy II took the lead midway through the second half, though, as Jack McBean won possession down the left side deep in the Blues half, and laid a pass back to Villarreal. The young Homegrown forward took a touch inside the penalty area, and rifled a finish into the opposite corner of the net.

The Blues hit back almost immediately, as Caesar was brought down just outside the left edge of the penalty area. With a crowd of players queuing up for a cross, Didier Crettenand curled a fierce shot to the far corner and found the back of the net.

The Galaxy II pressed hard late on to regain the lead, but the Blues defense was effective in holding firm as it broke up a pair of passes into dangerous areas of the penalty area and held on for the club’s first point of the season.

Didier Crettenand, Orange County Blues FC – The standout Swiss midfielder’s free kick came at an opportune moment for his side as it leveled the score soon after the hosts had taken the lead, and allowed Orange County to earn its first point this season.