World-renowned youth club to join USL Academy League in 2024; aims for USL League One debut by 2026 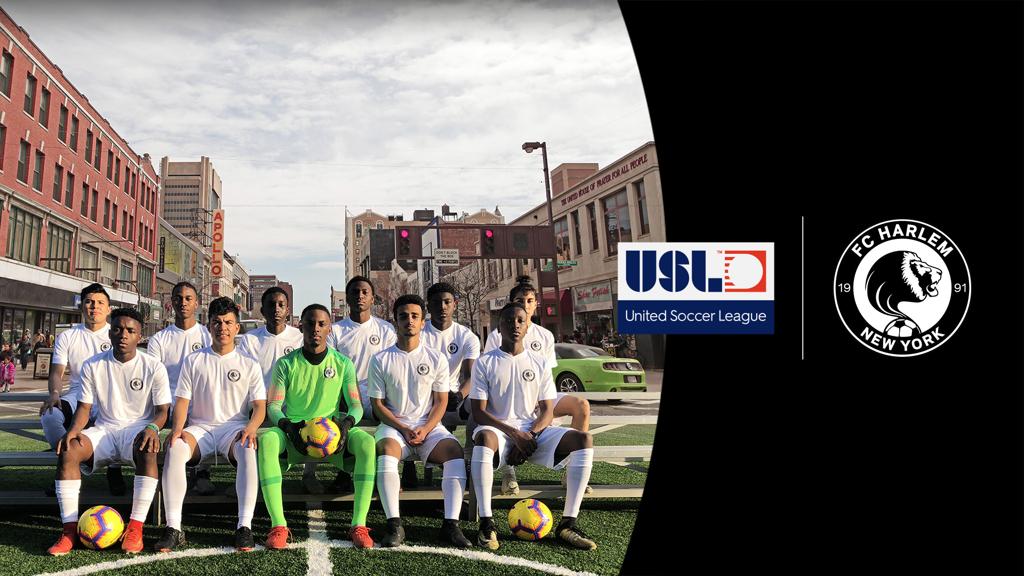 NEW YORK, N.Y. & TAMPA, Fla. - The United Soccer League and FC Harlem have entered a partnership to create a new youth-to-pro pathway, expanding the club’s positive impact on the community, through a USL Academy Team and future USL League One professional expansion franchise.

FC Harlem L.I.O.NS (Leaders In Our Neighborhoods) has earned global recognition for its work with inner-city youth and development of future leaders on and off the field through soccer. Founded in 1991, FC Harlem has provided affordable soccer and off-field enrichment programs for more than 10,000 young people from underserved neighborhoods in Harlem, the Bronx and Washington Heights. Led by Executive Director Irv Smalls, FC Harlem has established itself as a valued member of its community and an exemplary alternative to traditional youth soccer models.

As the first and only soccer organization in the United States offering a youth-to-professional pathway for both women and men within one ecosystem, the USL’s resources and infrastructure will enable FC Harlem to establish a professional development pathway as part of its community model. FC Harlem will field boys’ and girls’ USL Academy teams as early as 2024, and the partnership includes the exclusive rights to launch a USL League One expansion club by 2026.

“The growth, impact and global relevancy of professional soccer in the United States  over the last 20 years is remarkable,” Smalls said. “The inner cities are cultural centers of innovation, charisma and the desire for excellence. Now is the time for its inclusion in the professional soccer pathway.”

“Not since the 1923 Harlem Rens basketball team has a professional sports franchise called Harlem home. The United Soccer League’s community first model is the ideal platform for FC Harlem to build this transformative project and provide another source of pride for one of the world’s most iconic neighborhoods.”

With this partnership, FC Harlem will launch the LIONS PRO™ project which will prepare youth of color from the inner city for professional careers in soccer both on and off the field.

“This exciting partnership with the USL is groundbreaking for FC Harlem and our community,” said Smalls. “Too often, players with the ability, commitment, character, and passion to go professional must leave their neighborhood to pursue their dreams. By working with the USL, FC Harlem will offer a close-to-home alternative for these individuals to play professional soccer and get experience in careers beyond the field.” Opportunities for committed youth to have internships within the USL infrastructure including at FC Harlem is vital for them to have a positive role on professional soccer’s continued growth in the United States.  Whether it is exposure to coaching, data analytics, finance, or management, LIONS PRO™ will prepare future leaders in soccer.”

“Creativity, passion, culture, and history make Harlem a world-famous neighborhood,” said USL COO and Chief Real Estate Officer Justin Papadakis. “Through FC Harlem, Irv Smalls has dedicated more than 15 years to the Harlem community and developed a fantastic vision for soccer’s future there. All of us at the USL are excited to work with Irv and others to bring this vision to fruition and create another reason for people to love Harlem.”