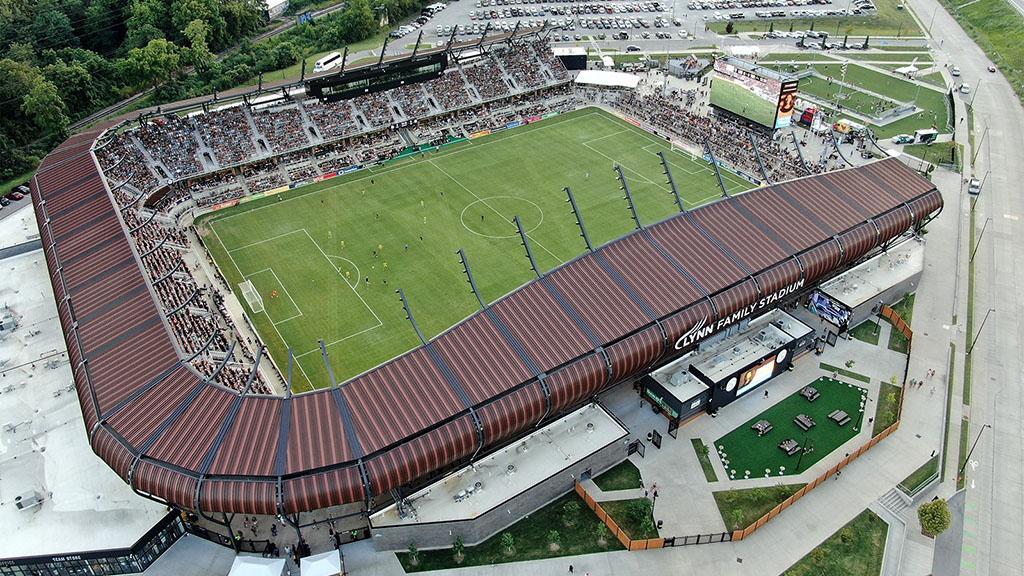 LOUISVILLE, Ky. – USL Championship club Louisville City FC’s home venue of Lynn Family Stadium was this week honored at the 2022 Phoenix Awards, earning an award for brownfield redevelopment at the Butchertown neighborhood site. The award was announced on Wednesday night at the National Brownfields Conference in Oklahoma City, with the venue shared by the NWSL’s Racing Louisville FC adding to its list of national and international accolades.

“We are thrilled to be recognized for this prestigious award,” said James O’Connor, President of LouCity and Racing. “Our ownership group and metro government deserve enormous credit along with Linebach Funkhouser. It shows what is achievable when everyone works together to better our city.”

Lynn Family Stadium sits on 35 formerly underutilized acres that, until construction started, were dotted with storage tanks, storage facilities and used cars. Millions of dollars were put into brownfield redevelopment as part of the project. Over time, development adjacent to the soccer stadium will line the property. 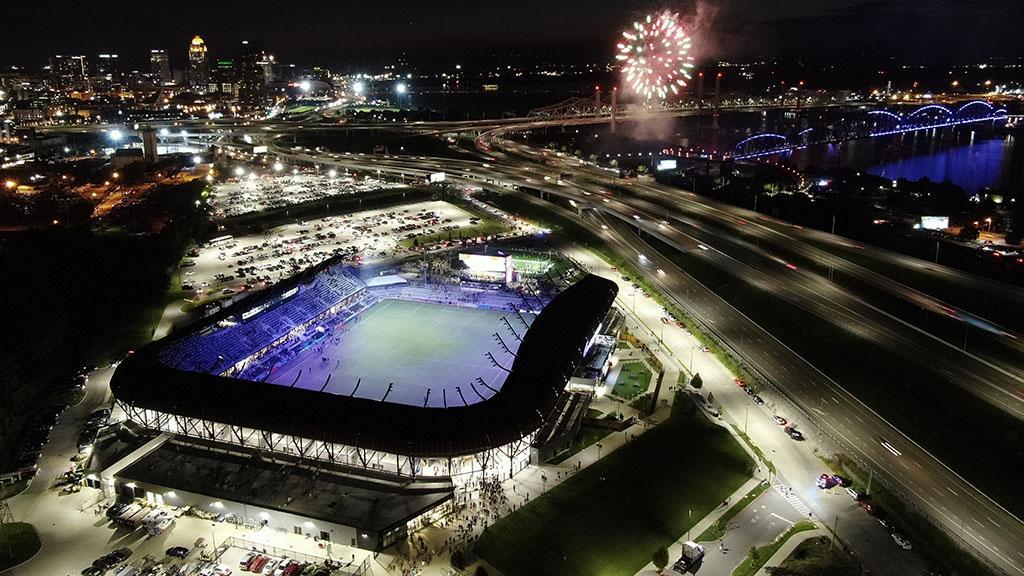 Lynn Family Stadium played host to a club-record 14,673 fans this past weekend as the club hosted rival the Tampa Bay Rowdies for the highest-attended game in the USL Championship this season. | Photo courtesy Soccer Holdings

The Phoenix Awards have for more than 20 years called attention to those who give productive uses to contaminated areas, stimulating economic development and community engagement. Going back to 1999, then-newly opened Cardinal Stadium at the University of Louisville was the other Kentucky project to win these same Region 4 honors, which comprise southeast states grouped by the Environmental Protective Agency.

“The Louisville Soccer Stadium project was a massive undertaking, and thanks to the efforts of many dedicated public servants and community-minded individuals from the private sector, we created a completely new face for Louisville as one enters and exits our city,” said Louisville Mayor Greg Fischer. “Most importantly, this innovative project transformed a brownfield into a visually stunning and vibrant place to be enjoyed by Louisvillians and visitors for decades to come.”

The Phoenix Award comes on the heels of Louisville City FC welcoming a record crowd of 14,673 to Lynn Family Stadium for last Saturday’s victory over the Tampa Bay Rowdies. This week, Racing Louisville FC is playing host to internationally known clubs such as Tottenham Hotspur and AC Milan as part of The Women’s Cup, a second-year tournament, with Racing to face OL Reign in Saturday's final.