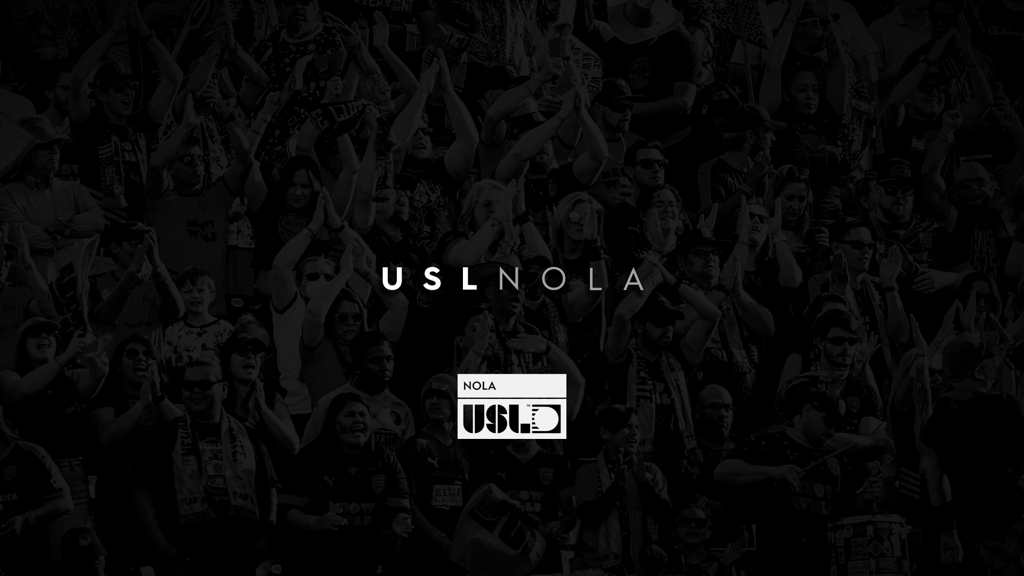 TAMPA, Fla. & NEW ORLEANS – The United Soccer League today announced it has entered an exclusive partnership with USL NOLA, a group dedicated to bringing a professional soccer club to Greater New Orleans with the intent to launch a USL Championship men’s team by 2025 and a USL Super League women’s team.

Leading USL NOLA are principals Warren Smith and Jamie Guin, who collectively have amassed an impressive list of success stories in the soccer and sports industry. Smith and Guin have spent the past six months meeting with community and soccer leaders while identifying potential stadium solutions for its home matches. In the weeks ahead, the group looks to gather community feedback on club identity, possible stadium locations, matchday experience and more.

“It’s no secret that New Orleans is primed, ready, and probably overdue for professional soccer,” said USL COO and Chief Real Estate Officer Justin Papadakis. “It’s a global destination with unmatched heritage, culture, and local pride – qualities that perfectly match a community-focused USL Championship club. Warren Smith and Jamie Guin are extraordinary, proven club builders, and we are excited to pursue their vision with USL NOLA and the people of New Orleans.”

Smith has co-founded numerous professional sports teams and led Sacramento Republic FC and San Diego Loyal SC through their launches and first seasons in the USL Championship. Under Smith’s helm, Republic FC captured worldwide attention for breaking USL Championship regular-season attendance and winning the USL Cup in its inaugural season. At Loyal SC, Smith helped the club establish its unwavering commitment to giving back to San Diego, launching numerous award-winning initiatives to make a difference on and off the pitch.

“There is no better time than now to be a soccer fan in the United States,” said Smith. “As North America gears up to host the 2026 FIFA Men’s World Cup, I am thrilled to help NOLA create a club that reflects and represents the city while furthering gender equity in sports. In my short time here, I have learned how passionate people are about this community, and I look forward to working with them to create something unique and special that they can love as their own.”

Guin is a native New Orleanian and sports industry veteran with deep ties to the region. Guin began his sports career in the NBA with the New Orleans Hornets and Pelicans and went on to play a leading commercial leadership role in soccer projects such as Sporting Kansas City, LAFC and Columbus Crew in MLS. In addition to his MLS body of work, Guin was part of the executive commercial leadership team for two of the NFL’s recent West Coast projects such as the LA Rams and LA Chargers SoFi Stadium project and the Las Vegas Raiders Allegiant Stadium project.

“I couldn’t be more thrilled to be part of the efforts to bring professional soccer to the Crescent City,” said Guin. “As someone who has been humbled and fortunate to grow up in the Gulf South region and work in the professional sports industry my entire career, this project inspires me personally and professionally.”

“Modern soccer came to America via New Orleans in the 1850s, so it is fitting and exciting that we now have the chance to host a professional team from the USL Championship league,” said Michael Hecht, President and CEO of Greater New Orleans, Inc. “As with our other pro teams, this new franchise will add to the national profile and heft of Greater New Orleans. The fact that the effort is being led by a team with a history of success across the country, and with the support of GNO, Inc. and the community, makes us very optimistic about its potential for success.”

Today USL NOLA will launch an extensive outreach campaign to gather community input from New Orleanians to learn and guide the club in its efforts. USL NOLA intends to co-create the club with the community to ensure the organization embodies the Greater New Orleans’ lively spirit and energy. A series of fan engagement sessions hosted by USL NOLA will play a vital role in the club’s development. Fans can participate in an initial USL NOLA survey or sign up for email updates at www.uslnola.com.