Catching Up with Kenan Hot 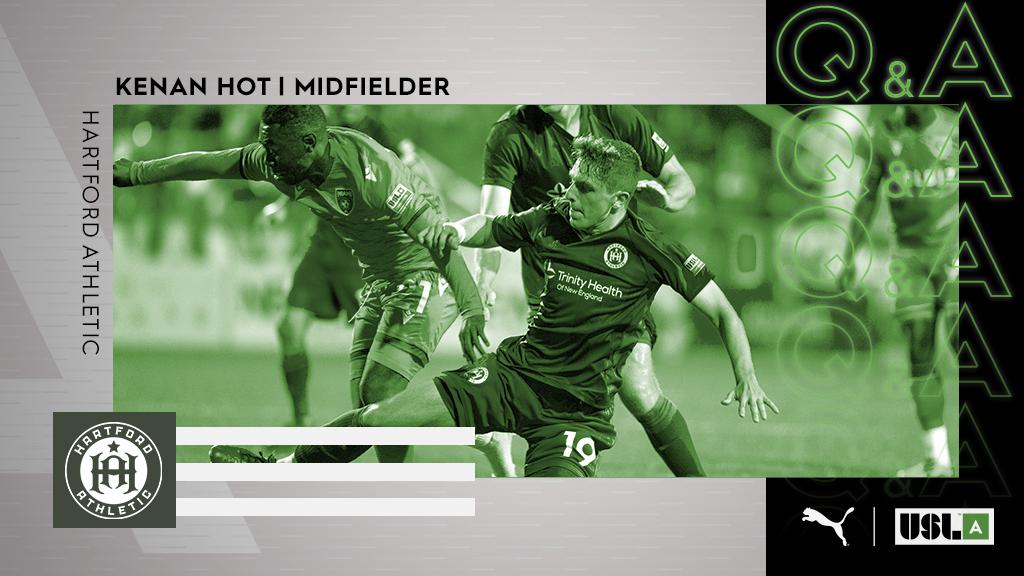 Kenan (Kenny) Hot signed a USL Academy contract with Hartford Athletic just last month and has already seen playing time in the USL Championship, including his first start for the club against Colorado Springs Switchbacks FC on August 7. Signed to help the team while still developing, Hot has been trusted by his coaches to compete at the highest level.

Hot sat down with USL Academy to discuss his move to Hartford from New York Red Bulls Academy, his ambition on the pitch, and what the future has in store.

Q: What did your time with RBNYII playing at the USL Championship level teach you about yourself?

Kenny Hot: I think the biggest thing there was that I was obviously a top player so I was playing every game as Captain and playing a lot of minutes in our age group. When I went to the USL, it was tougher because I wasn't getting as much playing time. I was only 16 when I started playing there, and everyone else was in their 20s and I wasn't really experienced so I wasn't playing a lot of minutes. I was kind of getting angry, I thought I should play like most kids do. I kind of put my head down and was like, ‘I am done. Play me, I'm not gonna do this or that.’ That was the wrong mentality. I think by the end of the season I learned that nobody really cares about your situation if they're doing well. I learned to put my head down and work hard.

Q: How did that academy system, getting some experience in the USL Championship, prepare you for playing now at Hartford?

KH: It definitely helped a ton. I mean, I think dealing with setbacks was one of the biggest things that I learned over there. As far as on-the-field stuff, speed of play, the physicality of playing with grown men as opposed to Under-19s. Also, living similar to the professional life and traveling, staying in hotels, being away from family, I learned to deal with that. I think I'm kind of used to it now. 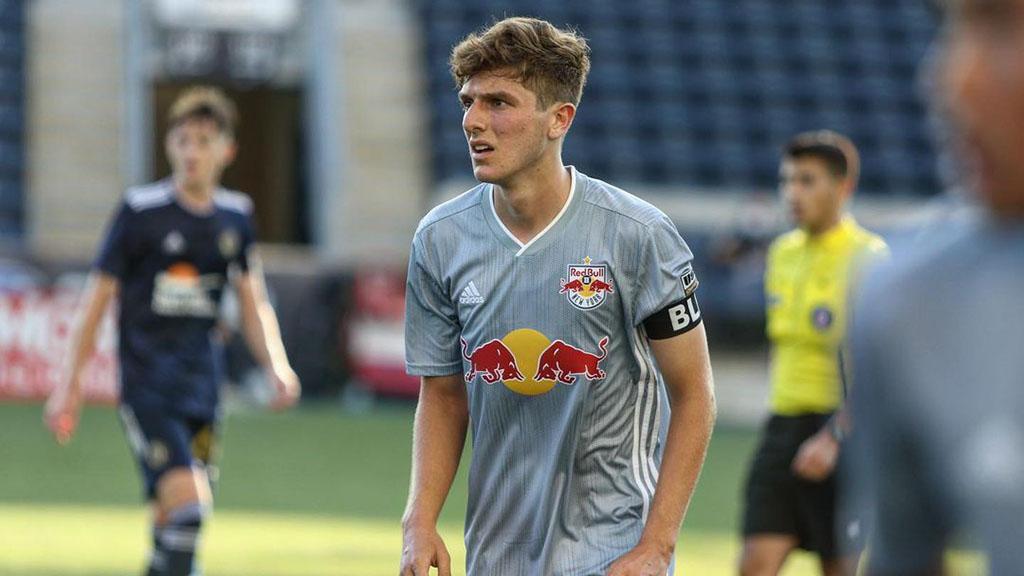 KH: Well, I remember my second pro game ever was against Hartford. It was in Hartford during COVID, so it was very limited fans but I remember the fans were really crazy. I remember saying to myself that I want to play in a place that has fans like this one day. So that's one reason. Another reason is it isn't that far from my house. I didn't want to completely move across the country. Another thing is that I like the way they play. A lot of USL teams play a sort of direct style, and Harford plays patient and keeps the ball which is a system I like playing in.

Q: Has anyone in particular at Hartford who has taken you under their wing?

KH: My roommate, Bradford Jameson (BJ) stepped up and said, ‘yeah, I'll live with him.’ He's been a pro for a long time. He signed with the Galaxy when he was 17 and he's been playing with some top guys since then. I'm not sure exactly how his journey went but I know he's been put in some really high-level places. He’s shown me things like making sure I’m properly eating lean, not eating too much meat. When something happens on the field, he's been here before and tells me don't sweat it, don't stress.

Q: What's it like to play with those professional players who've had a lot of experience?

KH: We got guys like BJ, Walmer Martinez, who spent the Gold Cup with El Salvador, JC Obregón, who played with Honduras at the Olympics. It's some really high-level players and training with them, the standard is so high in training. I think that that pushes me, even when we do something as simple as a passing drill. It's really high level and if you mess up everyone is angry, but that's how it should be to mentaly get better.

Q: How have the coaches helped you adjust?

KH: They've been very helpful. They put me in halftime in the Miami game and said, ‘we trust you, go do your thing,’ and I did really well. The next game, [Harry Watling] started me against Colorado. I think they're very open to giving me opportunities, as long as I prove myself.

Q: How did it feel stepping on to the pitch for the first time in blue and green?

KH: When I played there with Red Bull, I remember getting heckled by supporters getting called things which is frustrating but cool at the same time. Now on the other side of it, when I'm warming up on the sideline, everyone's like ‘Welcome to Hartford’ and ‘Hey, Kenny.’ Kids are asking for autographs. I remember when I went with Red Bull, the drums were so loud. I couldn't hear my teammates and I was getting angry. But this time, I stiIl can’t [hear my teammates], but it was great because they're rooting for us. It's cool that I got to see a different light than I saw the first time.

Q: What are you most looking forward to during your time with Hartford?

KH: Definitely making playoffs. That's something that at Red Bull, I didn't get. But here, I think it's very realistic that we can get to the playoffs and make the run in the playoffs. We have a really, really good team. We've had a little tough span of games but that's partially due to injuries and a lot of traveling. So I think when we're fully healthy, we're dangerous and have a strong chance to be in the playoffs. 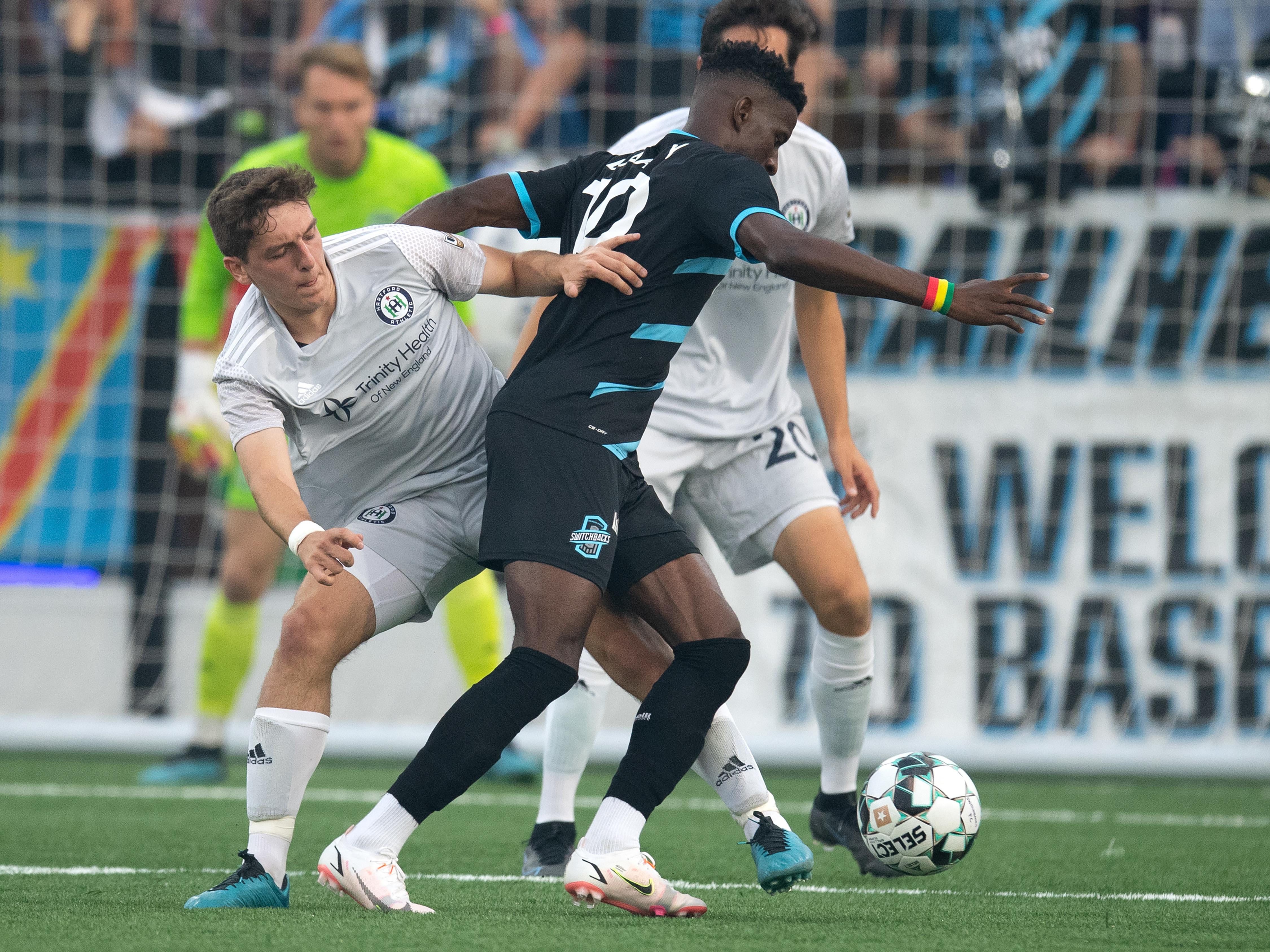 Q: What player has inspired you the most?

KH: I think growing up it was [Spanish international Sergio] Busquets. My dad and I, we'd always watch the Barcelona games, and watching Barcelona at a young age I liked the way he would change the games with barely moving. He picks his moments and breaks teams down with his passing. I've always looked at him and he’s so effective, but nobody really noticed that. I always told myself, ‘that’s who I want to model my game after.’ I want to break teams down with my passing and IQ, and he does the defensive side well too. I've always focused on both sides of my game, defensive and offensive.

Q: How do you see American soccer development changing over the next few years?

KH: U.S. Soccer has made a big jump, and started to trust the new generation. I think it's crazy that European clubs are so interested in U.S. players. There are players I've never heard of that are getting sold to the Italian or Belgian clubs. It’s awesome for an American to go to Europe without knowing who they are. Before they were always a big-name American player and I think it's come a long way. The European clubs are very interested now. I played with Caden Clark, and he's going to Red Bull Leipzig. It's really cool to see guys I know moving over. I think the U.S. has come a long way and I think the rest of the world is seeing it too. It’s a good thing.

Q: What advice do you have for players making their way through the academy pathways?

KH: I would definitely say to make sure you play both sides of the ball. I've been to a couple of different clubs recently, whether it be trials or other things, and what I noticed is you can't get anywhere unless you play both sides of the ball. No matter how much your team likes to play on the ball, the coach is never going to play you unless you're focused offensively and defensively. Make sure no matter what position you play, be willing to work defensively.