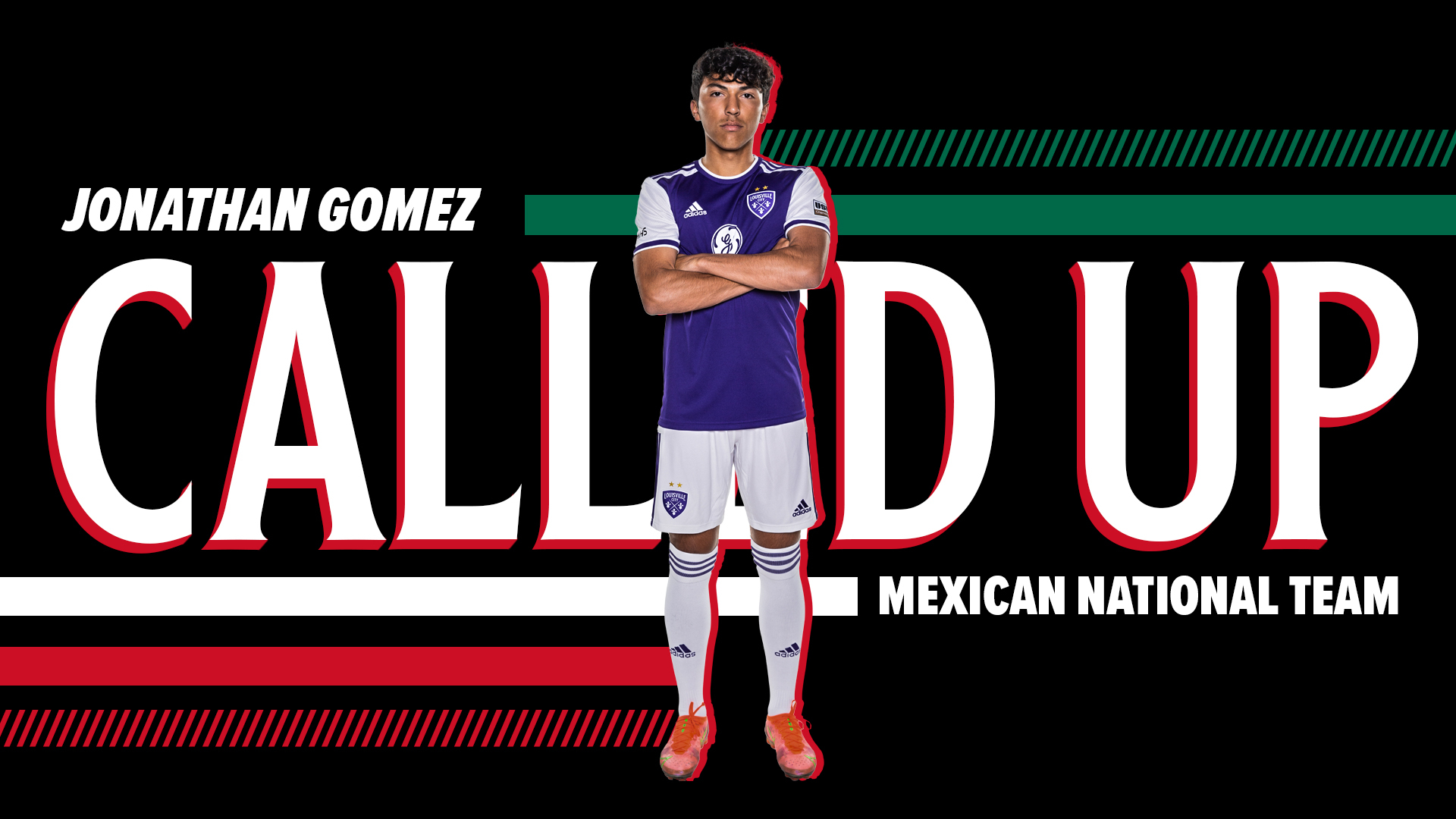 LOUISVILLE, Ky. – Louisville City FC announced on Monday that 17-year-old defender Jonathan Gomez had been called up to train with the Mexican Men’s National Team.

Gomez departed Louisville on Monday to meet the squad in Dallas, where Mexico is preparing for Concacaf Nations League games and associated friendlies.

“It’s a really good opportunity to go and train with the full team and show what I’ve been doing at my club,” said Gomez, who has also represented Mexico at the youth national team level.

This call up is meant to put Gomez in training sessions, not games, but per FIFA rules as long as he’s not capped more than three times, Gomez – a Texas native of Mexican descent – will retain the option to play for the U.S. Men’s National Team should the opportunity arise.

“This is just another box to check toward ultimately playing in a first team, whether it be for Mexico or the U.S.,” added Gomez.

Mexico’s next competition is a May 30 friendly against Iceland at Arlington’s AT&T Stadium. On June 3, the side faces Costa Rica in the Nations League semifinals in Denver, Colorado, moving on to the final or third-place game depending on the result.

Gomez will enter camp among stars such as Raul Jimenez, who plays in the English Premier League for Wolverhampton, as well as Major League Soccer standouts Jonathan Dos Santos (LA Galaxy) and Rodolfo Pizarro (Inter Miami).

“This is an important and deserved step in JoGo’s young career," said LouCity's head coach, Danny Cruz. "This young man continues to excel every single day here at Louisville City. His mentality, work ethic and willingness to learn at the age of 17 are big reasons why I believe he'll continue to flourish.

"I expressed to him that I want him to enjoy this moment, not take it for granted, and most importantly give everything that he has in each training session with Mexico. We will miss JoGo for the next couple games but are excited that he has earned this opportunity.”

Back home in the USL Championship, the outside back has distinguished himself through three regular season games, earning Man of the Match honors in a May 8 draw with Birmingham Legion in which he was unlucky not to come away with an assist while recording 14 crosses.

On the club level, Gomez will have an eye toward Europe once he turns 18. He trialed last offseason at first division side FC Midtjylland in Denmark, plus top-level clubs Sporting CP and FC Porto in Portugal. Gomez’s older brother, Johan, is under contract with the latter.

Before deciding to turn professional in March of 2020, then at age 16, Gomez came up through the FC Dallas Academy and started nine games for USL League One club North Texas SC.