From function-focused to fully formed, the $42 million, 8,000-seat venue will become a central hub in the city 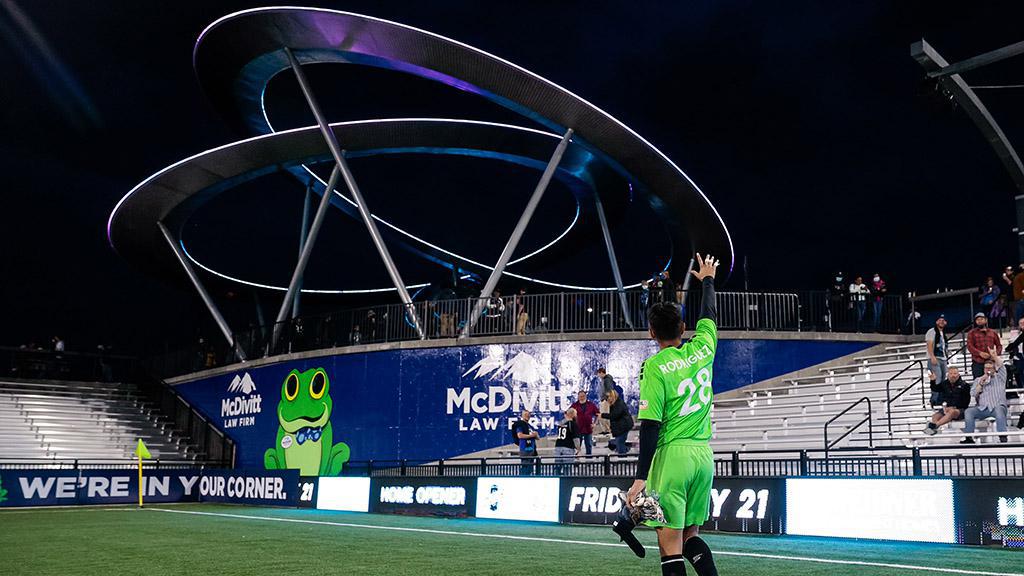 COLORADO SPRINGS, Colo. – When the initial schematics for what would become Colorado Springs Switchbacks FC’s new downtown stadium were being drawn up, the heart of the project – then budgeted for a $20 million price-tag – was the functionality it would provide.

As the new 8,000-seat Weidner Field opens on Friday night, with its budget having more than doubled to $42 million upon completion, there is now spectacular form in addition to function at the USL Championship’s newest soccer-specific stadium.

The evolution for what will become one of the Championship’s most intimate settings while also potentially becoming one of its loudest has been years in the making.

“Our plan was to create a great stadium with $20 million, 8,000 seats in the ideal location, so our location was our priority when we got going,” said Switchbacks President Nick Ragain this week. “Some of the features we didn’t negotiate on were elevated concourses. We didn’t want a walk-up stadium we wanted a walk-down stadium, very distinguishing on a professional versus an amateur or even high school approach to stadiums, so that was something we were always going to spend money on.

“The heads-up scoreboard in the center of the field, the canopies to provide some sun and rain protection, our club spaces – even though the quantity of club spaces is different now, we always had a planned approach for cabanas, suites and clubs – and neighborhoods around the stadium.” 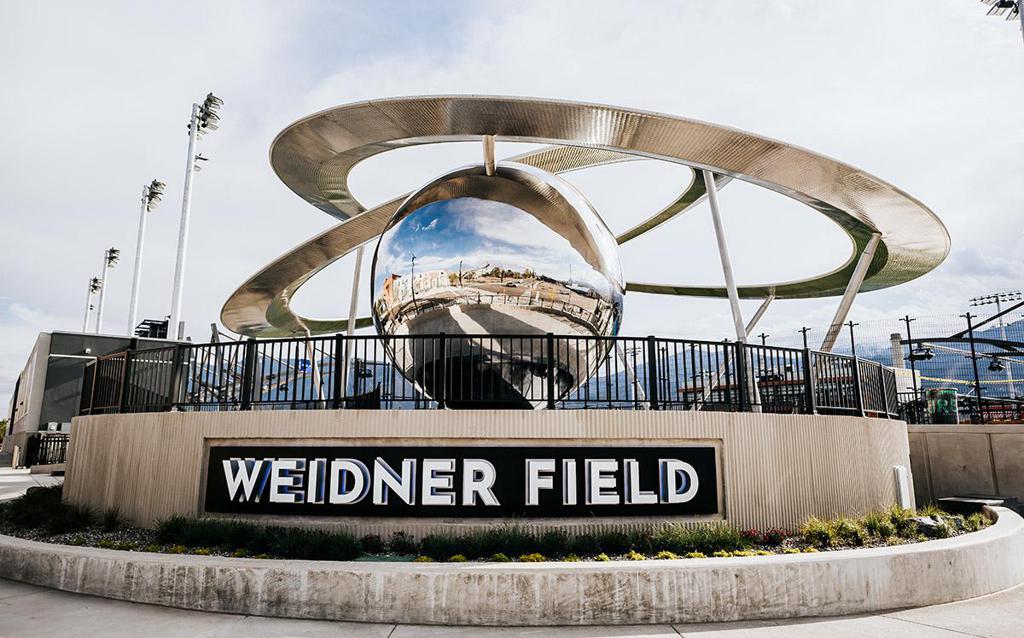 The function was in place when planning began. The form arrived due to not only the work of the club, but its longtime partner at Weidner Apartment Homes, who through its own contributions and ideas took the venue to a different level. From the addition of what will quickly become an iconic identifier in the Epicenter sculpture that sits at the main entrance, to the acquisition of additional parcels of land that in the coming years will turn into 1,000 new apartment units adjacent to the stadium were moves that will make Weidner Field an energized central hub for Colorado Springs as a community.

“Their look at the stadium was, ‘well, that’s $20 million, what could we do if we increased our budget? What could we do if we really made this a place-making opportunity and create a destination?’” said Ragain. “That was some of the mindset of the Weidner team, and over the course of the next few months and I should say the next year, the project was expounding upon some of the original concepts but then building on them.

“I tell people that our initial schematic design was focused on function, and then as our partner and our budget grew, we were really able to focus a lot more on form. This will be – from a place-making standpoint – a hub for Colorado Springs, it’s going to be a destination, even on non-gamedays. … It’s going to take a life of its own and really add a lot culturally to the development of Colorado Springs.”

It will also breathe new life into a Switchbacks team that itself is looking to break through on the field in the Championship. After the club’s early success reaching the USL Championship Playoffs in its first two seasons, Colorado Springs slipped back in the field more recently, but the new venue has brought an energy to the club, now led by Head Coach Brendan Burke and captain Jimmy Ockford and a collection of talented newcomers including former U.S. Men’s National Team player Jose Francisco Torres.

“Ninety percent of the guys are new and are guys with something to prove, so we show that every day in training for the focus to get better as a team and individually,” said Ockford. “The guys who were here last year and years prior have helped the transition immensely, they’re great guys, easy-going, humble, which made the transition really easy for all the new guys. Everyone coming in on the same page, it helps a lot.”

The Switchbacks romped to a 4-0 victory behind two of those newcomers last Friday night against Sporting Kansas City II with Hadji Barry scoring twice and Michee Ngalina recording a goal and two assists. What Ragain believes is the new venue and the stability and comfort it will provide players will set the club up in the manner of teams like Louisville City FC – which opened its own soccer-specific home in 2020 at Lynn Family Stadium – to not only attract new talent but retain it and build a core squad that can bring consistent success to Colorado Springs, a view Ockford agrees with.

“To be able to compete, to be able to attract and keep and retain great players is just challenging,” said Ragain on the difficulties the club has faced previously before the stadium’s completion. “It’s a long season, and the better we can take care and provide great facilities, just make our players feel comfortable and welcome, it was very challenging. As we open the stadium, just seeing the smiles on Jordan Burt and Rony Argueta – who have been here since Day 1 – to see their experiences, it gives me a lot of pride, and certainly as we see a new coach and a new crop of players come in that have the vision. I think we have the infrastructure to support some of those big dreams and ambitions and hopes of coaches and players and other staff and fans.”

“It’s huge, just knowing that it’s your home and how the fans bring the energy every single game to their stadium as well,” added Ockford. “We share it, it’s the player’s stadium, it’s the fan’s stadium, it’s the city’s stadium, so being a free agent, you have a spot where the fans are 100 percent in, the staff and all of that, it makes the transition that much easier on deciding which club to go to. … Going into training every day, we have our lockers, everything’s right there at our facility. It makes it much easier.” 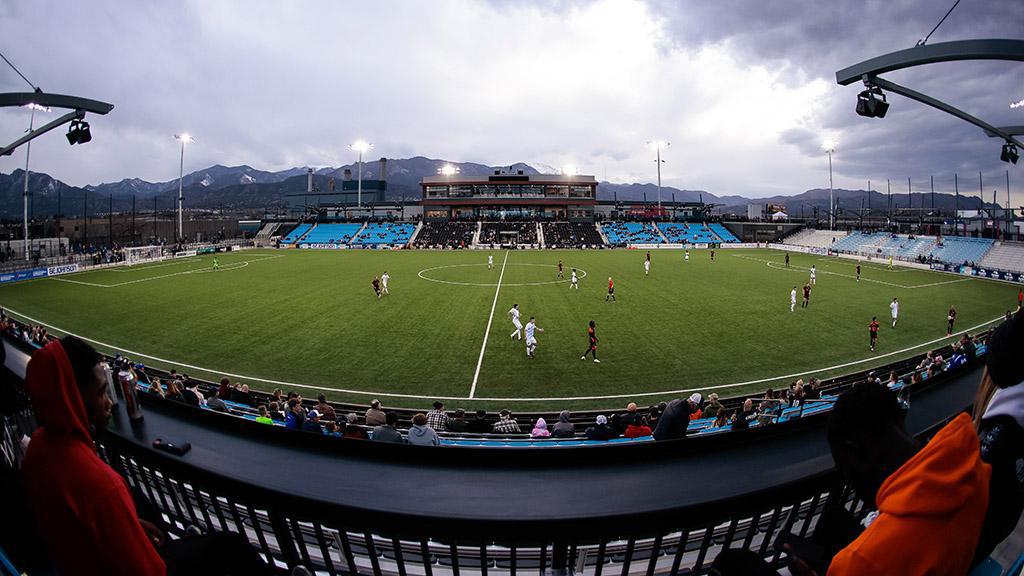 Ockford has seen first-hand how the Championship has changed over his career. After making his professional debut in 2014 after being selected by Seattle Sounders FC in the MLS SuperDraft, the center back has played in a variety of home venues, from Starfire Stadium for what are now the Tacoma Defiance to Greater Nevada Field as part of Reno 1868 FC. The numerous new soccer-specific venues that are now arriving in the Championship and USL League One – with more slated to arrive in the coming years both for current clubs and new expansion arrivals – are part of the drive across the USL to see teams in their own venues, providing a great gameday experience for players and fans alike.

“It’s amazing to see,” said Ockford. “It just shows the growth of U.S. soccer all around, starting from the youth all the way up to the professional level. When I first started out in 2014, I feel like less than half the stadiums [were the club’s], they were using other stadiums or other team’s fields, so now to see the majority now have their own place to play, it shows how rapidly it’s been growing. It’s exciting to be part of that growth, and I hope to see it rise more levels every single year.”

As captain, Ockford is one of those who has a building expectation for what Friday night’s clash with New Mexico United will represent as he leads his side out of the tunnel and onto its new home field for its first official league contest.

“Definitely feel the chills coming on just thinking about it,” he said. “It’s an incredible feeling knowing that this is a new era in Colorado Springs, and this is a clean slate for a lot of us as well. We can make the season anything we want it to be, so walking out on Friday night, I cannot wait.”

For Ragain, though, the payoff from the work of the past eight years will bring a rush of emotions as the Switchbacks finally arrive not only at their permanent home but become a central part of the life of their city.