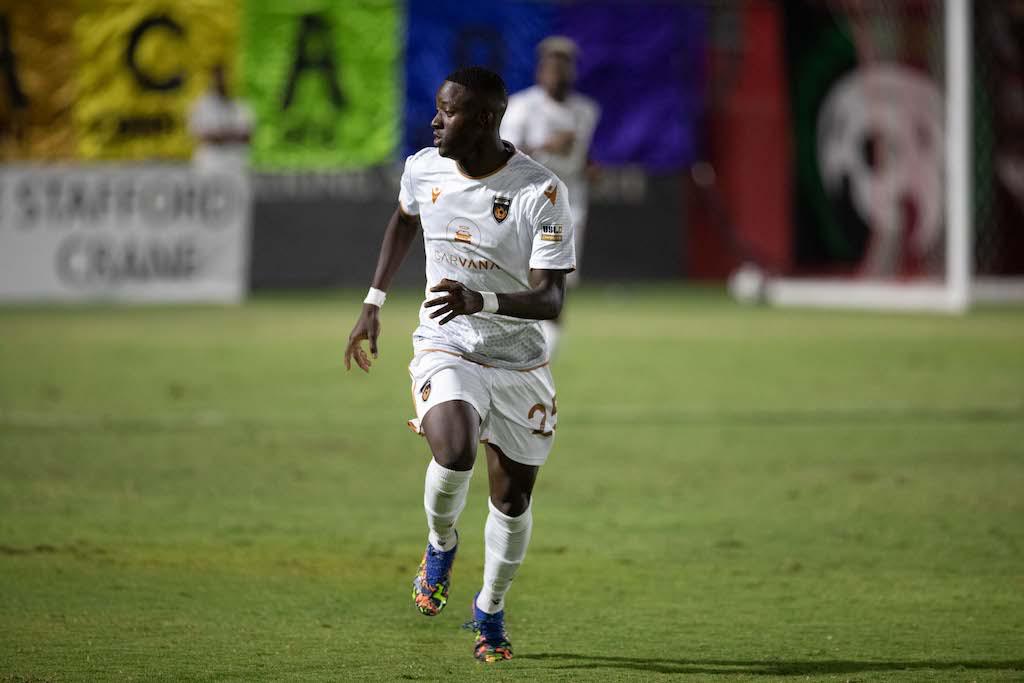 When Ansu Kanneh took the field as a substitute in the 87th minute of Phoenix Rising FC’s 4-1 win over LA Galaxy II last weekend, he made a bit of league history. At 14 years, 10 months and one day old, Kanneh became the youngest player to make his debut in the USL Championship.

Being the youngest on the pitch is nothing new for Kanneh, who Phoenix made the second-youngest player in Championship history to sign a USL Academy contract back in July. Like many players on Academy deals, Kanneh has benefited from direct exposure to a professional level of competition in training.

Born in Liberia and residing in Glendale, Arizona, Kanneh was a local soccer standout before earning his opportunity with his local senior team. He began his youth career in the area with Phoenix Rush, and has since shown ability beyond his years both athletically and academically.

Though only 14, Kanneh recently entered his junior year of high school - at 12 years old, he scored 32 goals for the junior varsity team at North High School. At the age of 13 last year, he tallied another 15 goals playing for the varsity team.

Now that the precocious forward has made his senior team debut with Phoenix, he will aim to make himself a more regular fixture in the Championship matchday squad. Given his age, neither Kanneh nor those at the club will want to rush that process, but it’s clear to those at Rising FC they have a player with special potential on their hands.

“Ansu is a special player,” Gavin said. “He’s been in our system now for a little bit training with the guys every day and you sometimes forget he’s 14 years old. When he got on the field, you see him doing stepovers, you see him taking guys on — it’s exciting.

“So we have high regards for him, but it’s a long process and what’s nice about him is his character is very strong. He comes out, sets up tents, listens to the guys. He gets to sit next to Solo (Asante) and he’s loving it and we’re loving having him.”