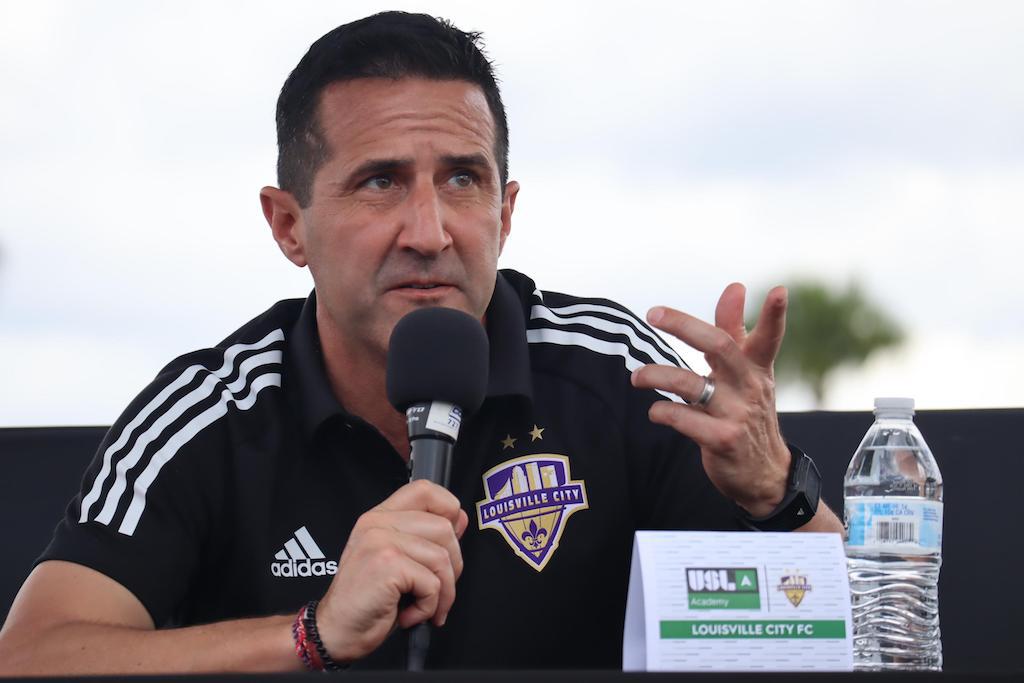 Louisville City Academy Director Mario Sanchez has been at the forefront of launching the club's youth development system. Photo by Cameron Koubek

LOUISVILLE, Ky. - There’s a lot going on at Louisville City FC. In recent months, the club finally opened the brand-new Lynn Family Stadium, announced the branding for its National Women’s Soccer League side Racing Louisville FC and started a U23 side in USL League Two. But while those developments have been grabbing headlines, the club and its community are already reaping the benefits from the foundation and rapid growth of the Louisville City Youth Academy.

In March 2019, Louisville City Academy Director Mario Sanchez started a local market training program. Initially, the program was open to anyone, with Sanchez and other staff reaching out to youth clubs in the area to invite their top players to train with them. In the fall, Sanchez invited a select group of players to begin training with him on a weekly basis, and the players that stood out in that group were offered the chance to train with LouCity’s USL Championship team.

Seemingly overnight, the club had established strong relationships with a local network of prominent youth clubs, and had already found a way to effectively identify the best local talent and put those players in an environment that would spur their development. A key reason behind the early success of this program is the integration between youth and pro levels at the club, led by Sanchez and LouCity Head Coach and Sporting Director John Hackworth.

“That’s the important part of having a first team head coach who believes in what we’re doing and has firsthand experience developing youth,” said Sanchez. “Coach Hackworth and myself work hand in hand to constantly evaluate who’s ready for an opportunity. One thing we want the kids to know is they have to earn it every single day in training.”

Since the launch of the Louisville City Academy, the club sent a team to compete at the USL Academy Eastern Conference Regional Event in February and announced that it would be forming a U23 team in League Two. Perhaps most importantly, Louisville City’s First Team signed three players aged 18 or younger to USL Academy contracts: Elijah Wynder, Muamer Ugarak and Damir Beganovic.

“When we look to give young players opportunities, the thing we look for first and foremost is mentality,” said Sanchez. “There’s a lot of talented kids out there, but we have to make sure they’re humble, willing to work hard, open-minded and willing to accept criticism. Though they’re all different as players, Coach Hackworth and myself saw those things in Elijah, Mu and Damir.” 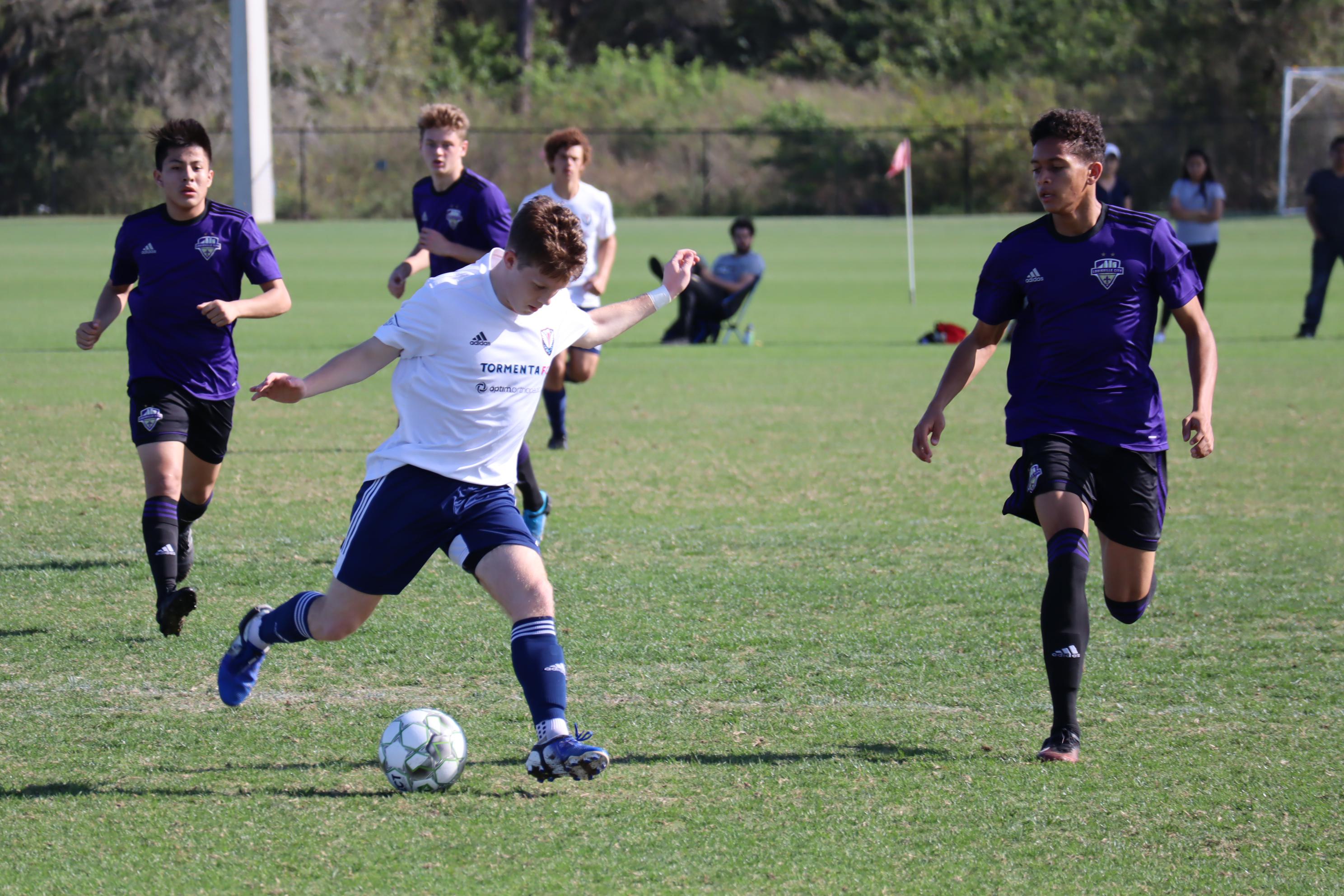 Louisville City also signed 16-year-old U.S. youth international Jonathan Gomez in March, a further statement of the club’s intent to become a top developer of young talent in American soccer. Gomez and the trio of Academy signings have quickly settled into the First Team, thanks to the uniformity of values taught at all levels of the Louisville City organization.

“Gomez is another young man with a great mentality and high work ethic,” said Sanchez. “He’s ready to help the First Team in the short term, and long-term we believe he can be a valuable investment if we can help him achieve his goals of playing in the first division in the United States or moving abroad.” 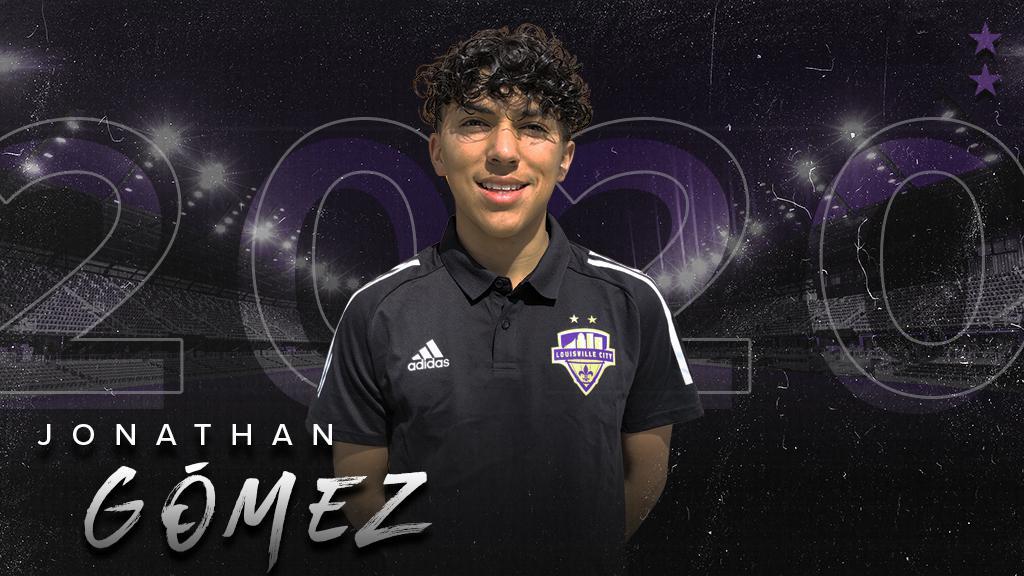 That willingness to develop players not only for the Championship’s three-time defending Eastern Conference title-holder, but for teams in higher divisions in other countries, is central to the ethos of the new academy program. The program sees the value in developing professionals who can compete in some of the best leagues in world soccer after starting their careers in the Championship.

“Our defining ideals are to create a safe environment with a clearly defined culture which parallels our coaching philosophy and enables us to get as many players we can into both the men’s and women’s pro teams,” said Louisville City Executive VP of Development James O’Connor.

“We are building and creating a model of best practice across all ages to ensure we allow the individual players to get everything they need to fulfill their potential.”

As young talent continues to get opportunities to play against professionals, Louisville’s system will also contain elite competition platforms for players who might not be ready to make the jump straight to playing with the first team.

“A big reason we’re starting the League Two team is we realize there’s a missing piece,” said Sanchez. “For kids who have done great in training but aren’t quite ready for regular minutes with the First Team, we want to make sure there’s a platform for them to get minutes against older players. With the foundation of the USL Academy League, that’s another place for kids to compete against older and better players.”

The Louisville City Academy might be in its infancy, but by creating a well-defined path from youth to professional soccer, it’s set up well for future success.