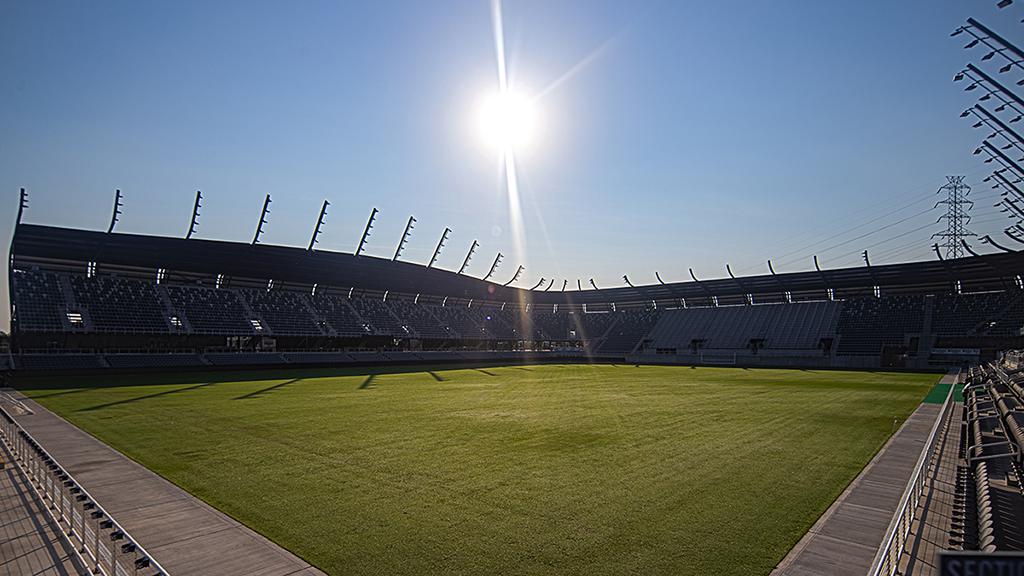 It may arrive three months later than scheduled, but USL Championship Director of Communications Scott Stewart believes the official opening of Louisville City FC’s new Lynn Family Stadium when the USL Championship resumes play in the 2020 season in July is still set to provide a landmark moment for both the club, and for the league.

“What Lynn Family Stadium represents to the Championship as a whole, but also the American soccer scene in general is hugely significant,” Stewart told the Fair Weather Podcast last week. “We’re talking about a stadium that technically has more capacity than the Vitality Stadium in Bournemouth. Now we’re building stadiums in the second division in this country that can hold near the amount of people that a Premier League stadium can hold – that’s huge.”

LouCity was scheduled to host its home opener on April 11 against Birmingham Legion FC in a game to be nationally televised on ESPNews. Due to the COVID-19 pandemic, that game was among the hundreds postponed during the suspension of the season that began in March.

Now, however, the league is set to return as the first in the United States to play at its home venues, and LouCity will have the chance to welcome fans to its grand opening. For Stewart, whose career saw him lead LouCity’s Communications department prior to joining the Championship ahead of the 2019 season, the work that has been accomplished by the club’s staff has been admirable.

“I think Louisville did a great job stipulating they’re looking at models for 25, 33 percent capacity,” said Stewart. “I think it was great that Governor Andy Beshear decided that 50 percent was an appropriate number, but it’s on the club, and it’s a credit to the club to do their due diligence to say, ‘hey, 50 percent might be the governmental standard, but we also need to make sure we feel comfortable, that we’re listening to our fans so our fans are comfortable coming back.’”

The opening of LouCity’s new stadium isn’t the only thing Stewart is looking forward to upon Championship’s planned return on July 11. In addition, there are the big potential storylines created by the eight regionalized groups that make up the league’s revised structure as it returns to play. There’s also the chance to see the talent shine on the field once again, with the Championship’s on-field product as good as it has ever been in terms of talent.

But the opening of Lynn Family Stadium may be the biggest indicator of where the Championship is heading over the course of the next five years, with other clubs aiming to join LouCity in their own permanent, soccer-specific venues.

“It is going to be a shining light and a bright, bright example for what we hope the Championship continues to pursue,” said Stewart. “We have great proposals in Indianapolis and New Mexico, we have stadiums with ground broken in Charlotte as well as Colorado Springs, so we’re well on the way there.

“I think what you’ve seen our President Jake Edwards touch on with Sports Illustrated but other outlets as well is that as we approach the 2026 World Cup in North America, we want to be building and implementing as many soccer-specific stadiums as possible because we know that’s going to be the true growth metric of soccer here and it’s only evidenced by what Louisville has done.”