This is how Gustavo Fernandes landed safely at Forward Madison 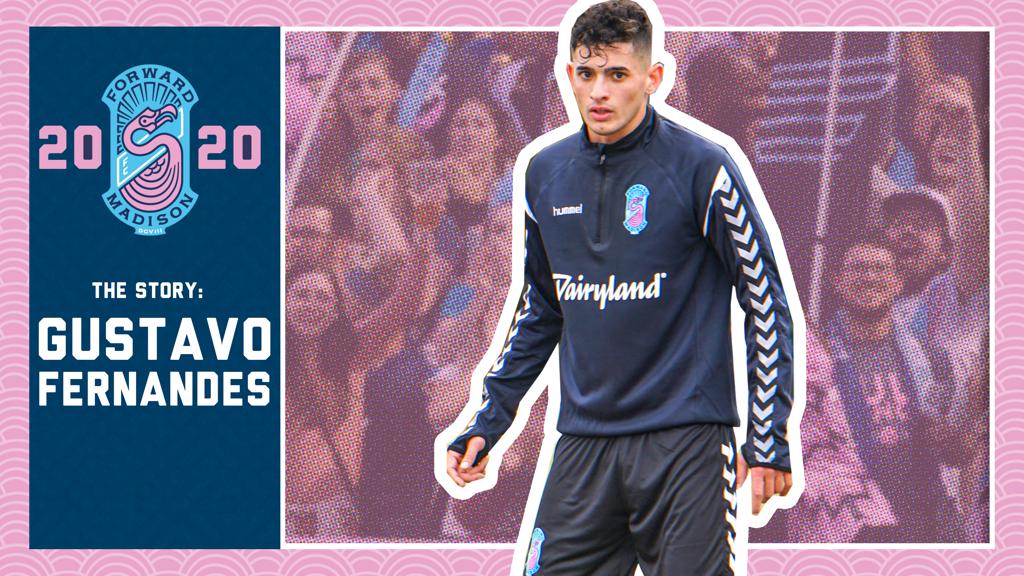 When Gustavo Fernades was preparing for his journey to Forward Madison’s preseason camp in February, he thought he’d only need to be nervous about the soccer. Fernandes, who became the Flamingos’ latest confirmed player signing on Thursday, had his thoughts set on winning his first professional contract and fulfilling a life-long dream.

Instead, something happened that forced Fernades to re-evaluate his priorities.

“I get on the plane from Washington, D.C. going to Alabama [and] I’m kind of sleeping on the way there,” Fernandes remembers. “All of a sudden I wake up, people behind me are panicking, I’m like, ‘Yo, what is going on?’”

Fernandes’ plane had a major problem: It couldn’t turn. The flight attendants announced instructions for going into crash position; The captain said they would attempt an emergency landing.

“I was super nervous up there, because you literally can’t do anything,” Fernades said. “Everything's out of your control.”

Previously so preoccupied with his upcoming tryout, Fernandes suddenly had his life thrown into new perspective.

This is the story of how Gustavo Fernandes landed safely at Forward Madison.

Fernandes comes from a soccer family. His father had a 10-year pro career in Brazil, while his older brother, Leo, plays for the Tampa Bay Rowdies in the USL Championship.

Growing up on Long Island, playing soccer was second nature.

That obsession translated into increasingly competitive levels of the sport. Fernandes joined a club team in Queens, which not only required a two-hour round trip just to participate, but also forced him to skip out on important events when he had to play tournaments.

In the end, though, it paid off. Fernandes signed on at Iowa Western, a powerhouse in the community college soccer scene, in 2016. Two years later, he transferred to Stony Brook University, where Leo had starred from 2009-2012 before becoming the school’s first-ever MLS player.

Fernandes excelled almost immediately at Stony Brook. In his first year there, the America East Conference named him as an All-Second Team selection. In his second year, he took on a leadership role in the defense and played more minutes than all but one of his teammates.

Naturally, Gustavo’s ambition was to follow in his brother’s footsteps. In January, he entered the MLS SuperDraft.

“I thought it would have been really cool, the second person in Stony Brook history to get drafted,” he said. “Another Fernandes.” 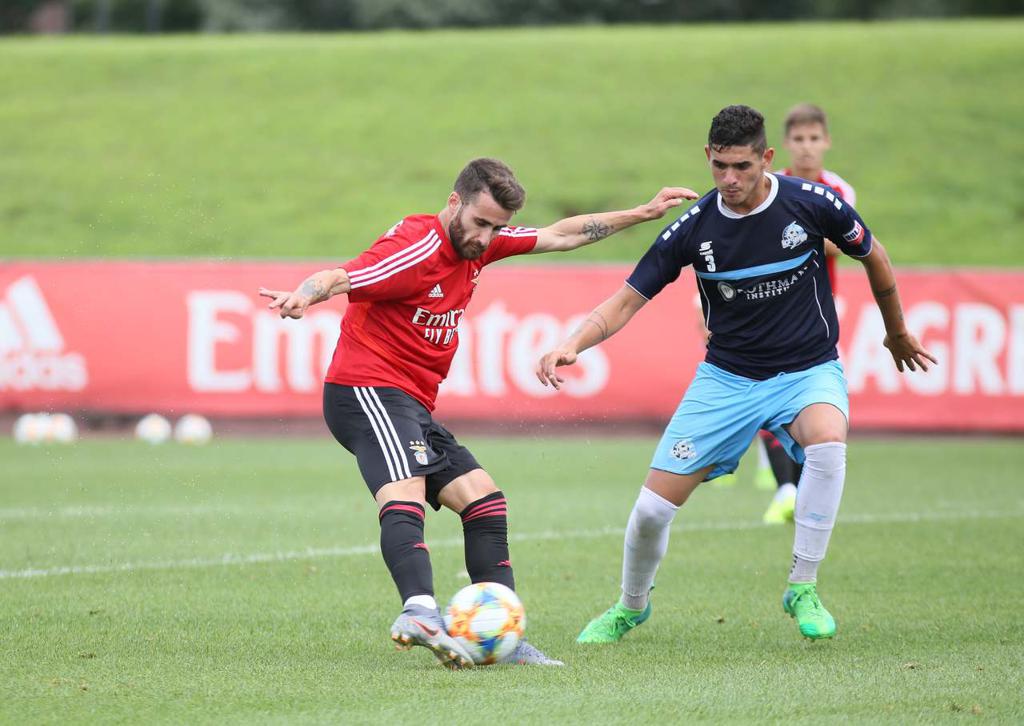 Unfortunately, Gustavo didn’t become the second Fernandes to be taken in the MLS SuperDraft. He was passed over, which meant he would have to take a new route to find a team.

Still, he was up for the challenge.

“It made me stronger,” he said. “I wanted to bounce back.”

Fernandes entered the Midwest Pro Soccer Combine in Detroit, where participants could get up close and personal with professional coaches. Forward Madison assistant coach Neil Hlavaty was there, and he liked what he saw out of the young defender.

Hlavaty invited Fernandes to Forward’s invitational combine in Rockford, and eventually to the team’s official preseason camp in Birmingham, Alabama. Fernandes duly booked his flight, one more step on the road to a contract.

Except, of course, that’s not quite what happened.

‘The captain’s like, ‘Okay, we’re going into emergency landing,’” Fernandes remembered. “I’m like, ‘What? Please explain to me what’s going on.’ The flight attendant’s teaching us to brace ourselves.”

In a matter of minutes, it was over. The emergency landing procedure worked, the plane touched ground safely, and Fernandes transferred to a second flight that would finally take him to Birmingham. He’d missed his first day of training, but in light of the day’s events, soccer seemed like a secondary concern.

“You never know when you’re going to go,” Fernandes said. “I just thank God that I got on the ground.” 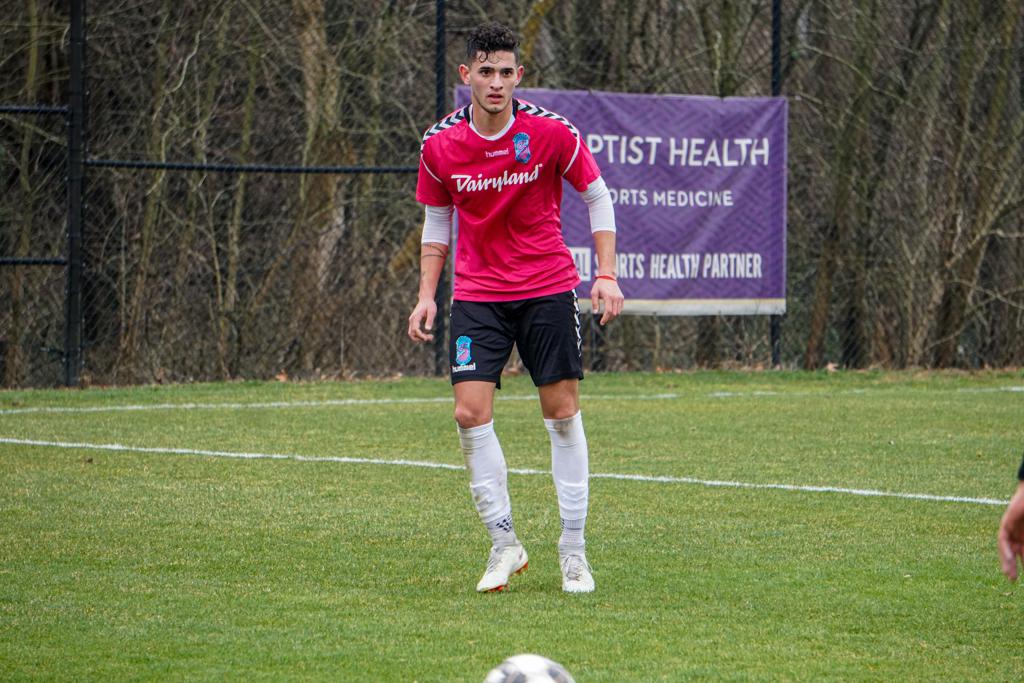 When he was finally reunited with fresh air and green grass, Fernandes began training camp with a renewed energy. Whereas he had felt completely out of control in the airplane, Fernandes’ natural talent could shine on amber-shaded fields of Birmingham-Southern College.

“I was nervous the first couple of days,” he said. “You hear a lot about preseason and what goes on, but after the game in Birmingham where I played the whole second half, I was like, ‘Okay, I can do this, I can compete with these guys.’”

Although he had played as a center back during his time with Stony Brook, Forward’s coaching staff took advantage of Fernandes’ versatility, trying him out as a right back and a defensive midfielder as well. He started a preseason game against Memphis 901 FC, then played the full 90 minutes against Louisville City FC.

“To me, I was through the roof,” Fernandes said. “It was amazing.”

After putting in another impressive performance in the Flamingos’ final preseason game against Saint Louis FC, Forward Madison’s coaching staff offered Fernandes a contract. It was a dream come true.

Whereas Fernandes had briefly felt a flash of powerlessness on his journey to Forward Madison, he now feels ready to resume control.

“The fans can expect me to keep giving it my all and giving everything for Madison,” he said. “I [will] do everything I can in my power to help the team win.”