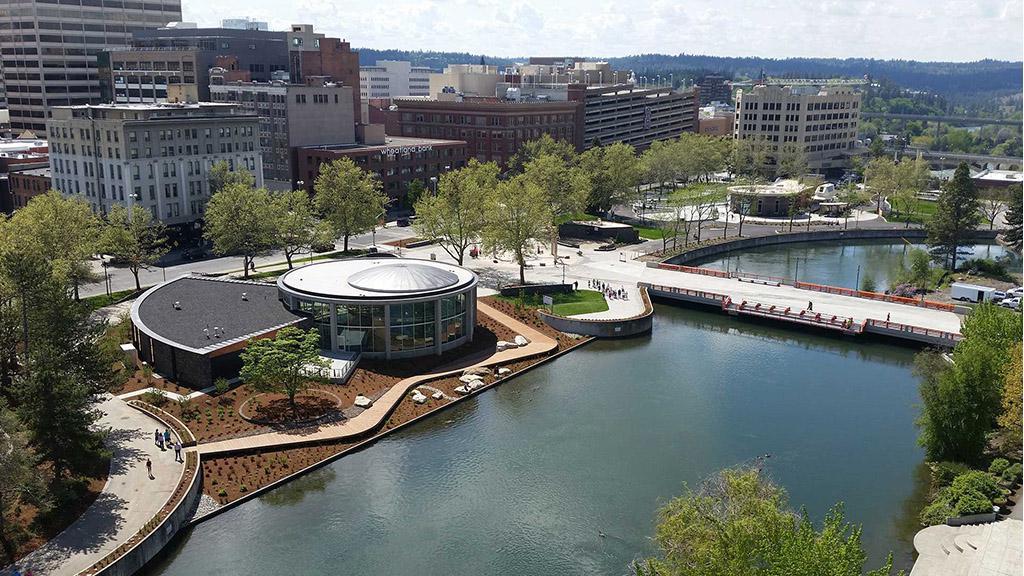 A professional USL franchise could arrive in Spokane, Washington should approval be given for a new downtown stadium. | Photo courtesy City of Spokane

SPOKANE, Wash. – The USL could be returning to Spokane, Washington, but this time the club would compete in the professional ranks should approval be given for a new downtown stadium in the city.

Scheduled for next Tuesday morning, Spokane County Treasurer Michael Baumgartner will hold a news conference that will also include USL Chief Operating Officer Justin Papadakis to express interest in establishing a team in Spokane.

A variety of potential designs for a mixed-use project that would house the new professional soccer club as well as other sporting events throughout the year will also be presented at the event.

“The United Soccer League has an outstanding track record of helping develop multi-use sports stadiums,” said Baumgartner in a statement issued by the county treasurer’s office.

A $31 million project to construct a 5,000-seat venue in the northwest of the city had previously been approved in November 2018, but the project remains in the design phase more than year later.

Citing support from a “growing bi-partisan coalition of elected officials and community leaders”, Baumgartner believes approving a venue in the city’s downtown core would not only save taxpayers millions in dollars but provide greater access for Spokane’s residents and a new path to the professional ranks for the area’s young players.

“The USL has made it very clear that they are only interested in coming to Spokane if there is a modern stadium in our downtown core,” said Baumgartner. “I have no doubt that a downtown location will save taxpayers millions and making the stadium home to a USL professional soccer team … will further strengthen Spokane’s economy and lifestyle offerings.”

Spokane was previously home to a USL League Two side for a decade across the 1990s and 2000s. Among its former players were ex-United States Men’s National Team forward Brian Ching and former Real Salt Lake General Manager Craig Waibel.

The potential project in Spokane would mirror similar projects undertaken by USL clubs that are either currently under construction or in the proposal stage elsewhere in the United States. The USL Championship’s Colorado Springs Switchbacks FC broke ground on an 8,000-seat stadium this past December as part of a $2.25 billion project across the city, while a proposed $400 million mixed-use facility in Pawtucket, Rhode Island is being planned to rejuvenate the city’s downtown with a 7,500-seat stadium as its centerpiece.

Other mixed-use venues for USL League One clubs Chattanooga Red Wolves SC and South Georgia Tormenta FC are also under construction in Tennessee and Georgia, respectively.