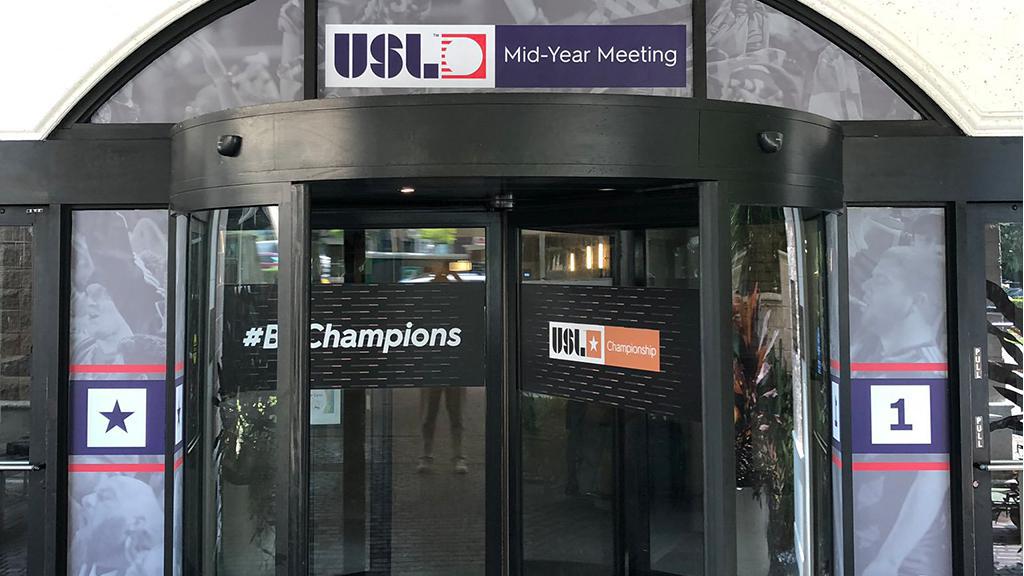 ORLANDO, Fla. – The 2019 USL Mid-Year Meetings open on Tuesday afternoon in downtown Orlando as league executives addressed USL Championship and League One executives on the progress of both leagues as planning continued for the 2020 season and beyond.

League officials will brief team ownership and executive staffs on numerous topics in their presentations over the coming two days, including the sustained growth of the Championship – which has once again surpassed 1.5 million in total attendance this season while increasing partnership and sponsorship revenues – and the successful launch of League One in its inaugural season.

The USL Academy Cup, the organization’s commercial expansion, postseason naming conventions, the USL’s new rules proposal regarding head injuries and utilizing analytics to better understand the club’s fanbase are among the presentations planned for the two-day event. The Championship Board of Governors and League One Board of Governors will also convene on Wednesday for discussion and planning focused on the 2020 season and beyond for both leagues.

“We are looking forward to welcoming executives from across the Championship and League One to the USL’s home state this week,” said USL President Jake Edwards. “After weeks of planning and numerous discussions between league executives and members of the Board of Governors in both leagues we are ready for a highly productive two days. In 2019 both the Championship and League One have continued to see their profiles rise on a national level, and we are ready to build on that success and continue the outstanding growth our organization has seen over the past five years.”