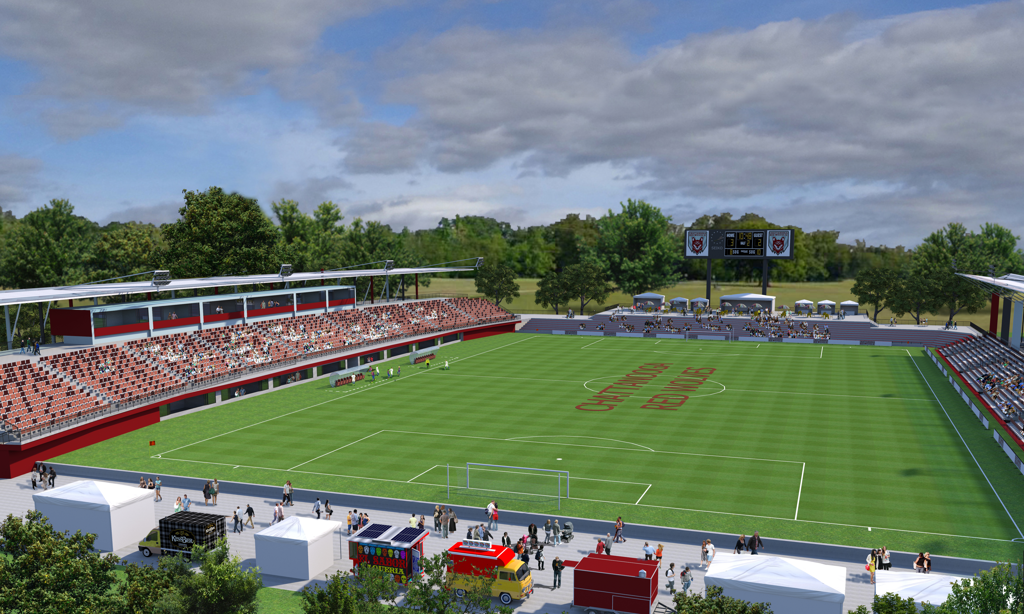 CHATTANOOGA, Tenn. – USL League One’s Chattanooga Red Wolves SC announced plans on Thursday to build a state-of-the-art, soccer-specific stadium as part of $125 million investment in East Ridge, Tennessee. The stadium will be part of a mixed-use development with living, working and entertainment opportunities.

“Today, I am laying out a vision for a community focused soccer and entertainment destination for our region,” said Red Wolves owner Bob Martino. “The Chattanooga Red Wolves Soccer Club was founded with the ultimate goal of strengthening our community through soccer, and this investment doubles down on my commitment to the region, our players and the soccer community. People will be able to live, dine and play here, and experiencing professional soccer in a unique setting is at the heart of this development.”

The soccer-specific stadium will provide an unmatched experience for soccer fans in Chattanooga and its surrounding areas and a first-class professional environment for Red Wolves players. In addition to concessions, merchandise, VIP boxes and special areas for fans and families, the stadium will house offices, locker rooms and multiple meeting rooms for the technical staff and players. The entire development complements the team’s training center, which is being built at Camp Jordan. A trail running under Interstate 75 will connect the two areas.

“The Chattanooga Red Wolves under Bob Martino’s leadership have set the highest standard in introducing a professional soccer team to a community,” said Justin Papadakis, United Soccer League chief operating officer. “Furthermore, the financial investment and economic impact he announced today represents his personal commitment to the people of Chattanooga and the region.” 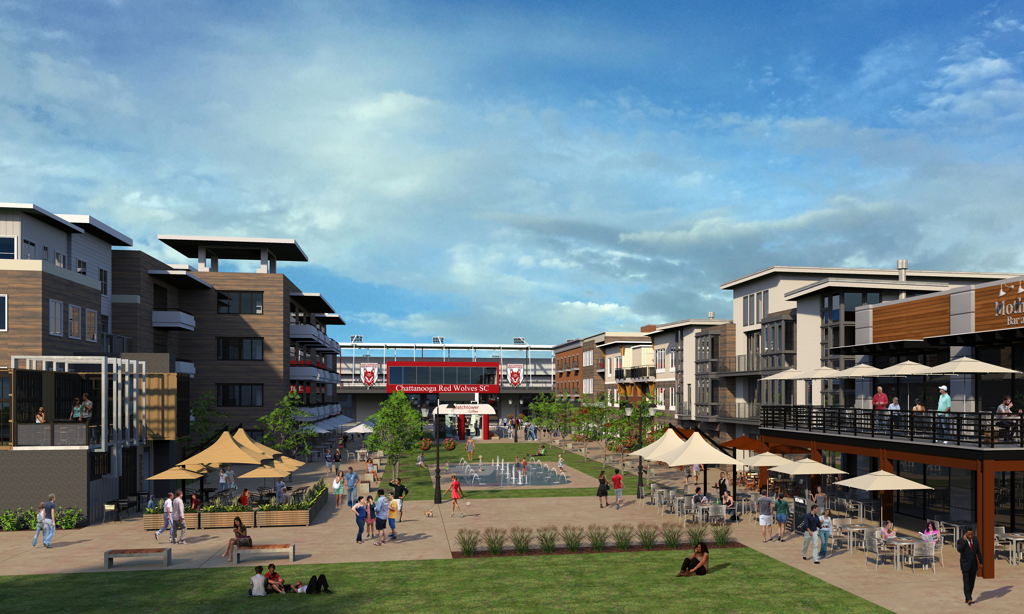 The renderings unveiled Thursday afternoon include the stadium, housing, retail, restaurants, a hotel and significant greenspaces. Martino’s plan includes 400 apartment and condominium units, 375 hotel rooms, 475,000 square feet of commercial space including the stadium and a network of walking and nature trails. The stadium and surrounding development are expected to create 1,200 new jobs over the next three to five years and generate between $6 and $7 million annual tax revenue.

“East Ridge has never experienced an investment on this level that benefits our community in so many ways,” said Chattanooga Mayor Brian Williams. “Bob Martino could have put this stadium and development wherever he wanted, but he chose our community, and we are so appreciative.”

Red Wolves SC has started well in its inaugural season, winning both matches played at current home stadium, David Stanton Field. With the Red Wolves’ quality showing on the field, president and general manager Sean McDaniel is looking forward to moving into the club’s permanent home.

“Families and our fans will have the unique opportunity to enjoy a whole day of fun around a match or a weekend-long celebration of soccer,” said McDaniel. “Our dedicated fans are already contributing to an unforgettable inaugural season, and the support from the members of our wolf pack make today’s announcement event sweeter.”

When not being used for soccer, the stadium will be available to host non-sporting activities such as concerts and other events. Construction on the stadium is expected to start in the coming months.