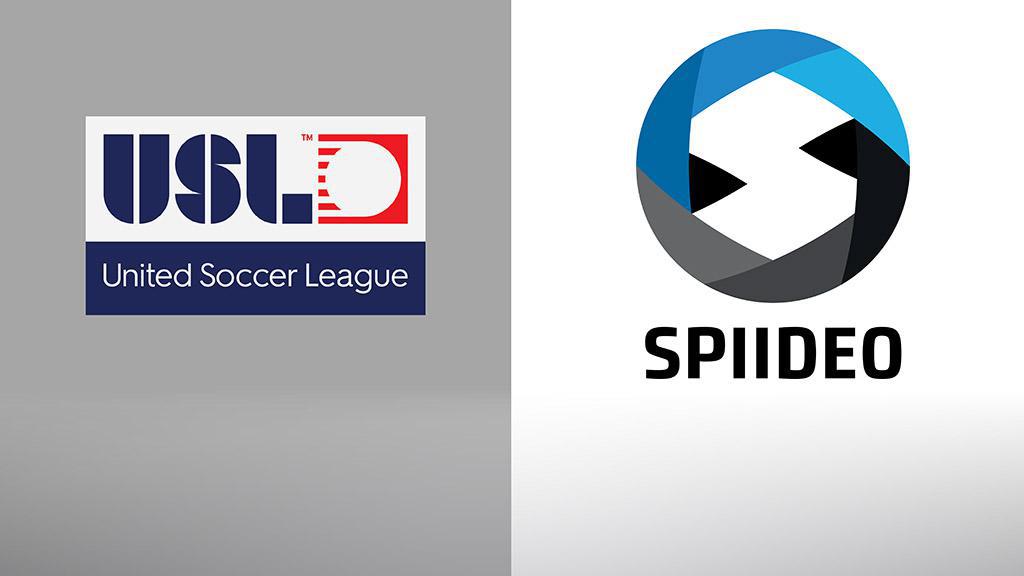 The Spiideo system provides live, high-resolution panoramic and multi-angle footage of the entire field, providing a very powerful tool for teams to analyze both training sessions and matches. In addition, teams can take advantage of the Spiideo League Exchange, which gives both the league and teams live access to select league games for scouting purposes.

“We are very excited to reach an agreement for the use of Spiideo by USL Championship and League One teams,” said USL Senior Vice President of League Operations Brett Luy. “The cutting-edge technology has proven a major benefit to clubs in top global leagues and shows a genuine commitment to raising the level of play within our leagues.”

The Spiideo system is run through 4k cameras that cover the entire field from multiple angles. Thanks to Spiideo’s Virtual Panorama technology, both an overview of the entire field as well as details of individual players are automatically captured without the need of a camera operator. With the system, coaches and staff can easily record a match or a training session at the push of a button, and simultaneously use a tablet or a mobile phone to get live video feedback of game sequences. Users can view, pan, zoom, pause, rewind, edit, tag, and draw in real-time in the cloud-based Spiideo software platform.

“Spiideo is very proud to call USL a partner,” said Nate Winkel, General Manager, Spiideo North America. “The league is growing at lightning pace on and off the field and we are confident that Spiideo is a tool that can further enhance the performance level of players, coaches, and league officials.”

USL Championship clubs have already begun using the Spiideo system and have found the technology to be a game-changer when it comes to video analysis.

“As an organization we pride ourselves on being ahead of the curve with respect to technology in the market place,” Lee Cohen, Chief Operating Officer of the Tampa Bay Rowdies. “When we were approached by the leadership of Spiideo, it was a simple decision to work with them because they have a fantastic platform for a complete video solution that we optimize.”

“Wide-angle viewing is absolutely critical for competing at the highest level in today’s game,” added Jay Heaps, President & General Manager of Birmingham Legion FC. “Spiideo can produce it live and from multiple angles on their platform which is unique and allows for real-time tactical adjustments. Top leagues around the world are using Spiideo as teams, coaches, and players use this platform to improve strategy and gain a competitive advantage.”

Spiideo has become a trusted provider of video recording and analysis tools by soccer clubs, leagues, and federations across the world, with the North American market seeing rapidly growing demand. For more information visit www.spiideo.com.