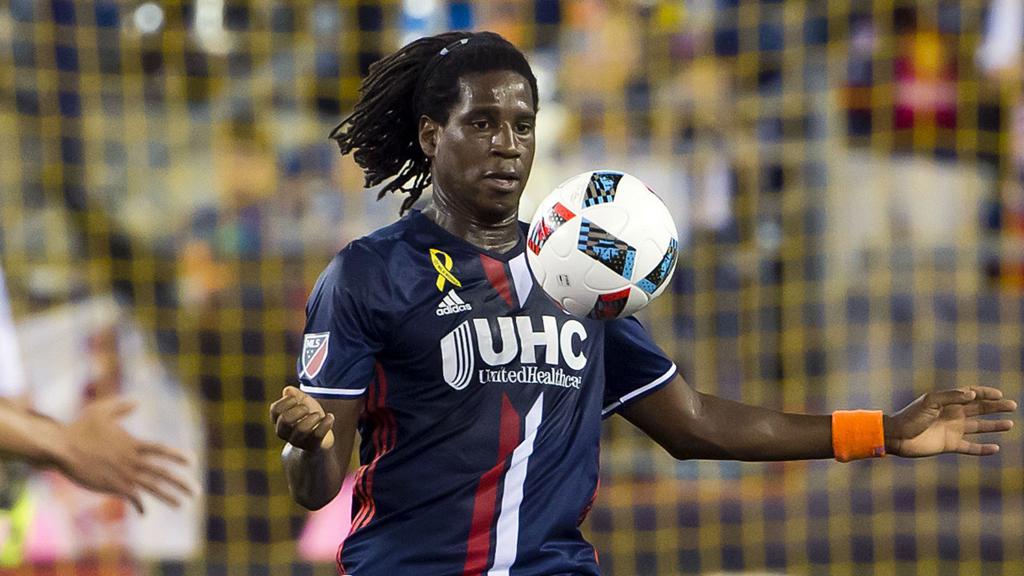 Hollinger-Janzen controls the ball in a match for the New England Revolution.

“Femi is a player we know well from his time in MLS,” said Legion FC President and General Manager Jay Heaps.  “Not only does he exhibit a physical, attacking style of play at a variety of positions, he has excellent character and will be a good presence in the locker room.”

Hollinger-Janzen was initially drafted in the 2016 MLS SuperDraft by New England and made 20 appearances that season, recording two goals and an assist. He was then selected by Minnesota United FC with the 10th pick in the 2016 MLS Expansion Draft but was traded back to New England before the start of the 2017 MLS season. He played 14 times for New England in 2017, and then spent the 2018 season splitting time between New England and USL Championship side, Tulsa Roughnecks FC.

During his four-year collegiate career, Hollinger-Janzen made 88 appearances for Indiana University, scoring 22 goals and adding eight assists while also helping his side claim the 2012 NCAA College Cup.

Prior to enrolling in Bloomington, Hollinger-Janzen was a standout high school player at Bethany Christian School in Goshen, Indiana. He had a total of 150 goals and 23 assists in his high school career and in 2011 was named a Gatorade All-American, the Gatorade Indiana Player of the Year, and the Indiana Soccer Coaches Association Player of the Year.