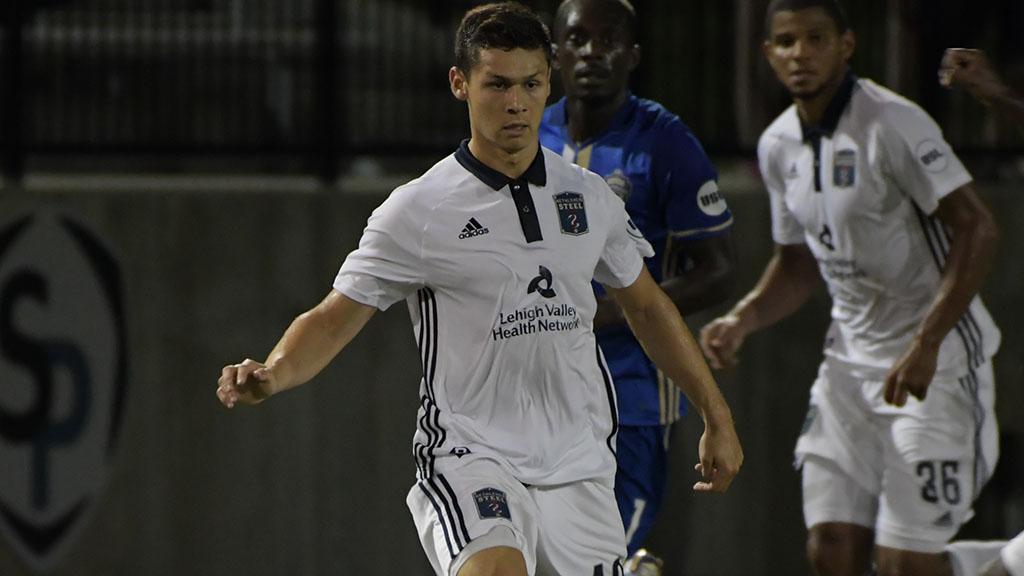 SACRAMENTO, Calif. – Sacramento Republic FC announced on Wednesday the club had signed defender Matt Mahoney to a USL Championship contract for the 2019 season with a club option for 2020, pending league and federation approval.

“Matt is a gritty and reliable player whose versatility will be a great asset to our backline,” said Republic FC General Manager Todd Dunivant. “We are looking forward to adding his strong defensive mentality to our group.”

Mahoney joins Republic FC after spending two seasons with USL Championship side Bethlehem Steel FC. A defender who can play both centrally and as a fullback, Mahoney made 44 appearances, 37 as starts, across his two seasons in Pennsylvania. In his final year with Steel FC, Mahoney recorded two goals and an assist, while leading the club in clearances (150), interceptions (81), tackles won (48), duels won (196) and aerial duels won (102).

Prior to signing his first professional contract with Steel FC, Mahoney played Division I soccer at Temple University. The Buffalo, New York, native appeared in all 78 of Temple University’s games during his collegiate career, including a 55-match starting streak for the Owls.

Candela returns to the Battery after making 18 appearances in 2018 in his first season at the club. Despite missing two months due to injury, the 24-year-old played an integral role in the Battery’s fourth-place finish in the Eastern Conference as he recorded two assists and posted a 78.6 passing accuracy rate on 35.6 passes per 90 minutes. Candela’s 1,357 minutes of action ranked third among the Battery’s newcomers last season.