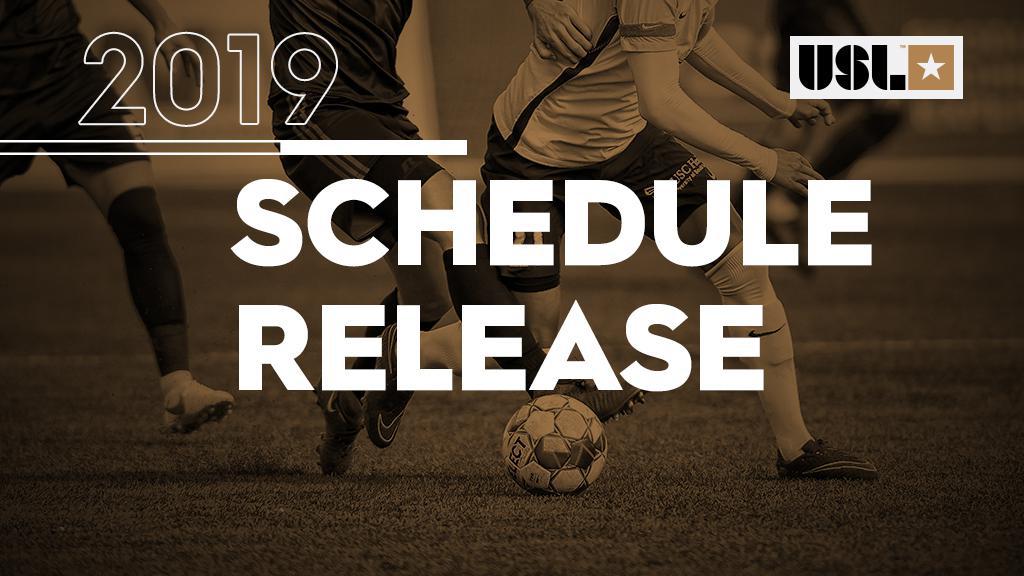 TAMPA, Fla. – The USL Championship unveiled its 2019 regular-season schedule on Wednesday, with 36 teams set to play 612 games over 33 weeks in what amounts to the biggest year in the league’s history.

Building off a historic season that saw almost 3 million fans attend games in the 2018 regular season and USL Cup Playoffs, the 2019 USL Championship regular season will see the league’s 36 teams play home-and-home series within its own conference. All of the action will be available digitally through ESPN+, with future announcements regarding the league’s national television schedule to be made at a future date.

Saturday night contests dominate the 2019 regular-season schedule, with almost three-quarters of the league’s games (455 of 612) set for prime weekend dates. The busiest day of the season will arrive on Saturday, September 28 with an 18-game slate that will see every team in the league in action.

The 2019 USL Championship regular season will open on Saturday, March 9 and conclude on Sunday, October 20, with every team playing a home-and-home series within its own conference.

Rivalries will again take center stage across the league this season, with notable matchups in the Eastern Conference including the return of the Kings’ Cup rivalry when Louisville City FC plays host to Saint Louis FC on May 18 at Slugger Field. Other games to watch include the first meeting between Birmingham Legion FC and Memphis 901 FC on May 4 at Memphis’ AutoZone Park, and a late-season clash between the Charleston Battery and North Carolina FC on September 22 at Charleston’s MUSC Health Stadium that could determine the winner of the Southern Derby for the 2019 season.

In the West, Orange County SC will play host to Phoenix Rising FC for a rematch of the 2018 Western Conference Final on May 4 at Championship Soccer Stadium, while El Paso Locomotive FC will welcome fellow expansion side New Mexico United to Southwest University Park on May 12 for the first meeting between the two clubs. Another major rivalry will be decided on the penultimate weekend of the regular season when Las Vegas Lights FC hosts Reno 1868 FC on October 12 at Cashman Field for the Silver State Cup.

The final weekend of the regular season will see all 36 teams in action as the final places in the USL Cup Playoffs are determined, with 2019 expansion clubs Birmingham Legion FC, Loudoun United FC, Hartford Athletic, Memphis 901 FC and New Mexico United all set to end the regular season at home while featuring in notable matchups that could determine the final field for the postseason. 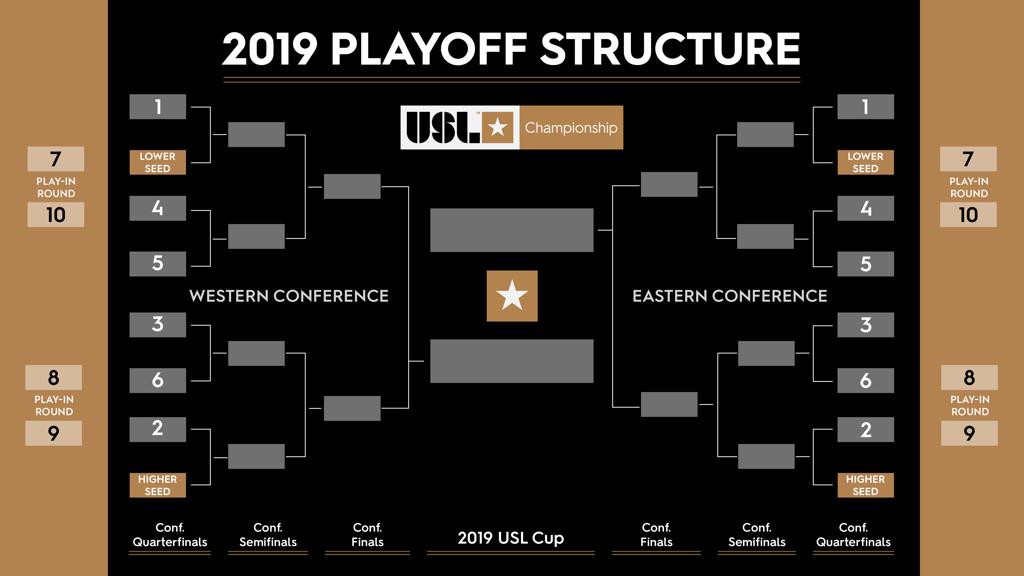 The single-elimination format will then continue for the following four weekends in a fixed-bracket format with the higher seed in each matchup serving as host through the Eastern and Western Conference Finals. The 2019 USL Cup will be held between November 14-18, 2019 and be hosted by the conference champion with the better regular-season record.