From the Pitch - For the Record

Records are made to be broken. The person who makes history could be sitting next to you. 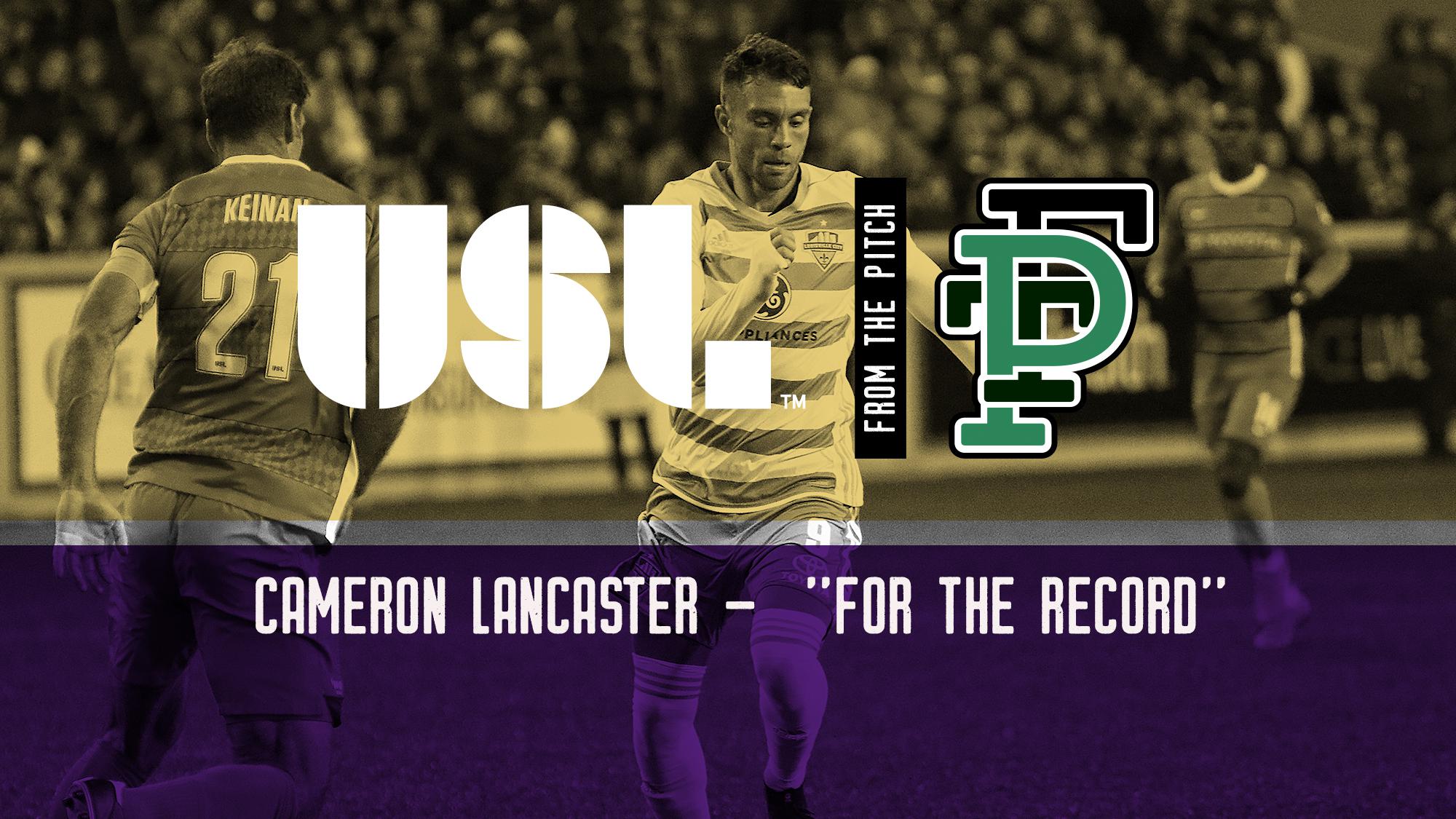 I had done my ACL.

It was just after my first game with the club here in Louisville. The season had just started, I played 15 minutes in the first game and then picked up a knock in training.

I was going to be out for the rest of the season.

I felt like that was my last chance to get my career going because things hadn’t worked out back home. To have that happen was devastating.

Everything’s really different when you’re injured, even just getting ready for the game. There’s a lot of frustration because you know you won’t get changed into the kit and go play on the pitch.

You have to take your seat in the stands.

I always want my teammates to do well, but in the back of my mind I was thinking, “I really wish I was out there.”  I watched as my former teammate Matt Fondy broke the USL goalscoring record in 2015 --he just kept on scoring and scoring and scoring-- and that spurred me on to want to do the exact same thing he had.

As soon as you mess with your ACL, you think your career might be over. You just have to talk it over with people and sort of let people in and let them reassure you that it will work itself out.

For example, my dad was on a plane from England as soon as I broke the news. My family has always been there for me throughout my entire life, and career, so having that support was a big part of being able to make my way back. 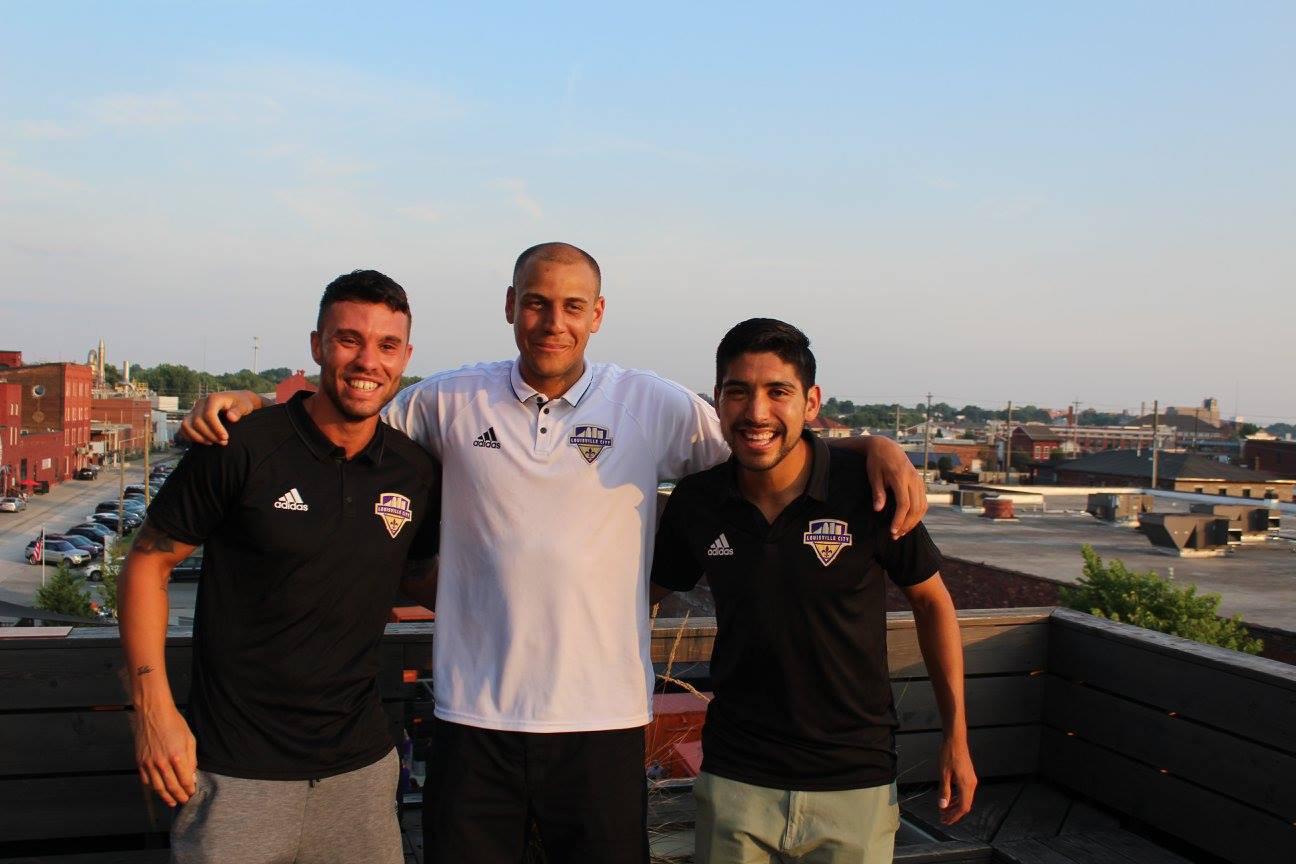 Once we hit the rehab stage, step-by-step, with our trainer, Scott Ritter, and the doctors and the coaching staff, I got stronger and those sorts of doubts faded away. It was all confidence from there on out.

As I worked to get healthy again, it was always in the back of my mind that I wanted to replicate what Fondy did. 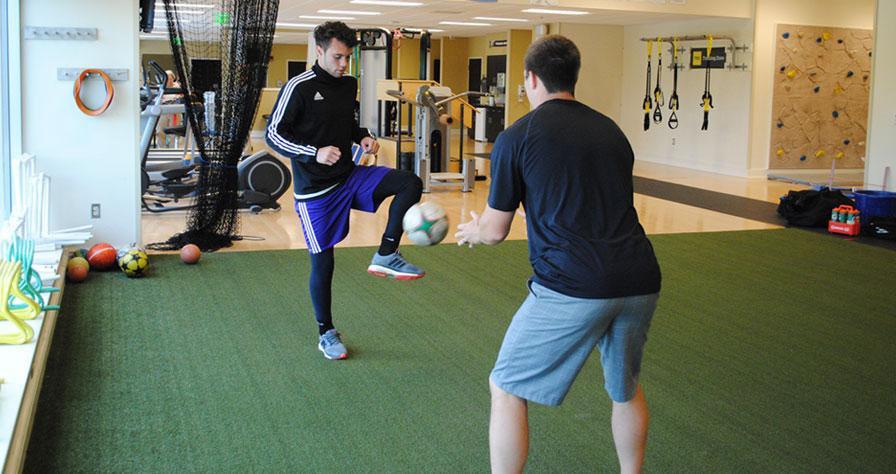 It helped that our coach at the time, James O’Connor, backed me completely. I’m grateful for the support James gave me from the start. He’s played a big role in me even having a career at the moment.

When the 2016 season started, my focus was getting back on the pitch and staying on the pitch. When you’ve been out for so long you can only get that confidence by getting minutes.

I only scored a few goals, but it was good to be back on the pitch doing what I love. 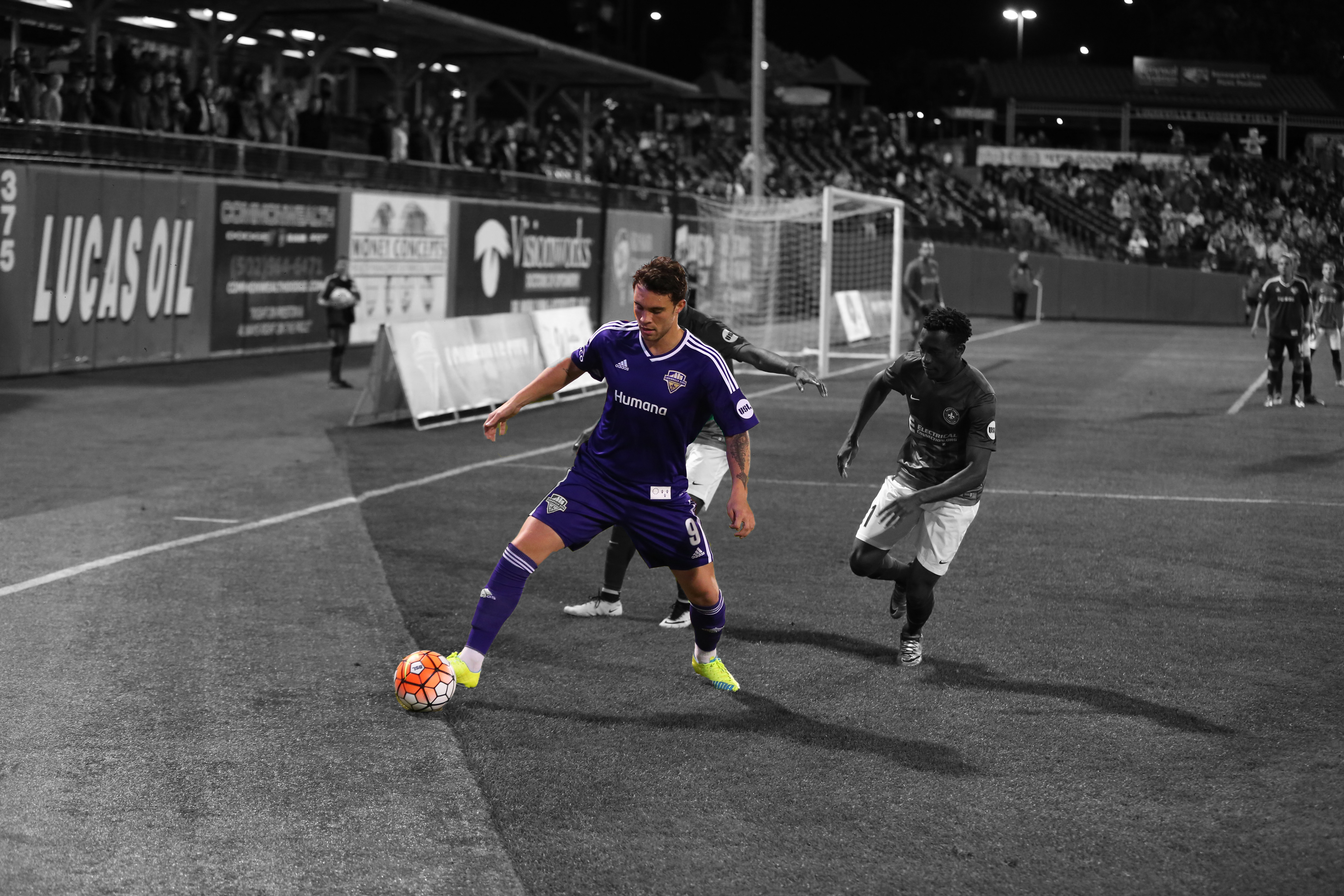 In 2017, we had put together a good squad, especially up top. There was a lot of rotation in the squad and there was such good competition that, even if I had maybe scored two goals at the weekend but Luke [Spencer] or Illy [Ilic] had a worldie week in training, the coach might have said they deserved the start.

In that sense, it was quite hard to get momentum going.

With me, Luke and Illy, we’re all partners. Sometimes at clubs, there can be a sort of animosity between the strikers, but we’ve never had anything like that.

We’ve always been on a really good level and pushed each other in training. I honestly think that, if I didn’t have Luke and Illy here, I wouldn’t be nearly who I am on and off the field.

It was tough finding regular minutes during the season, but it was a tremendous opportunity to be a part of history as we challenged for the Cup. Leading up to the 2017 USL Cup Final, I experienced something that had never really happened to me before a game, especially not at a stage like the league final.

A moment like that and the success we had towards the end of the season really did spur me on to want to keep the momentum going and push on in 2018, which has been a breakthrough season for me and a memorable time in my career.

Near the beginning of the campaign, I found myself with another chance to make an impact after Luke, unfortunately, picked up an injury. I was able to start the Cincinnati game in April and I scored in that game.

From then on, I put all my efforts into improving and scoring as many goals as possible.

I set myself a target of 10 goals in the first 10 games and I got that.

I set myself up for another 10 goals in the next 10 games and ended up doing better than that.

After that, my next step was to try and break that record. 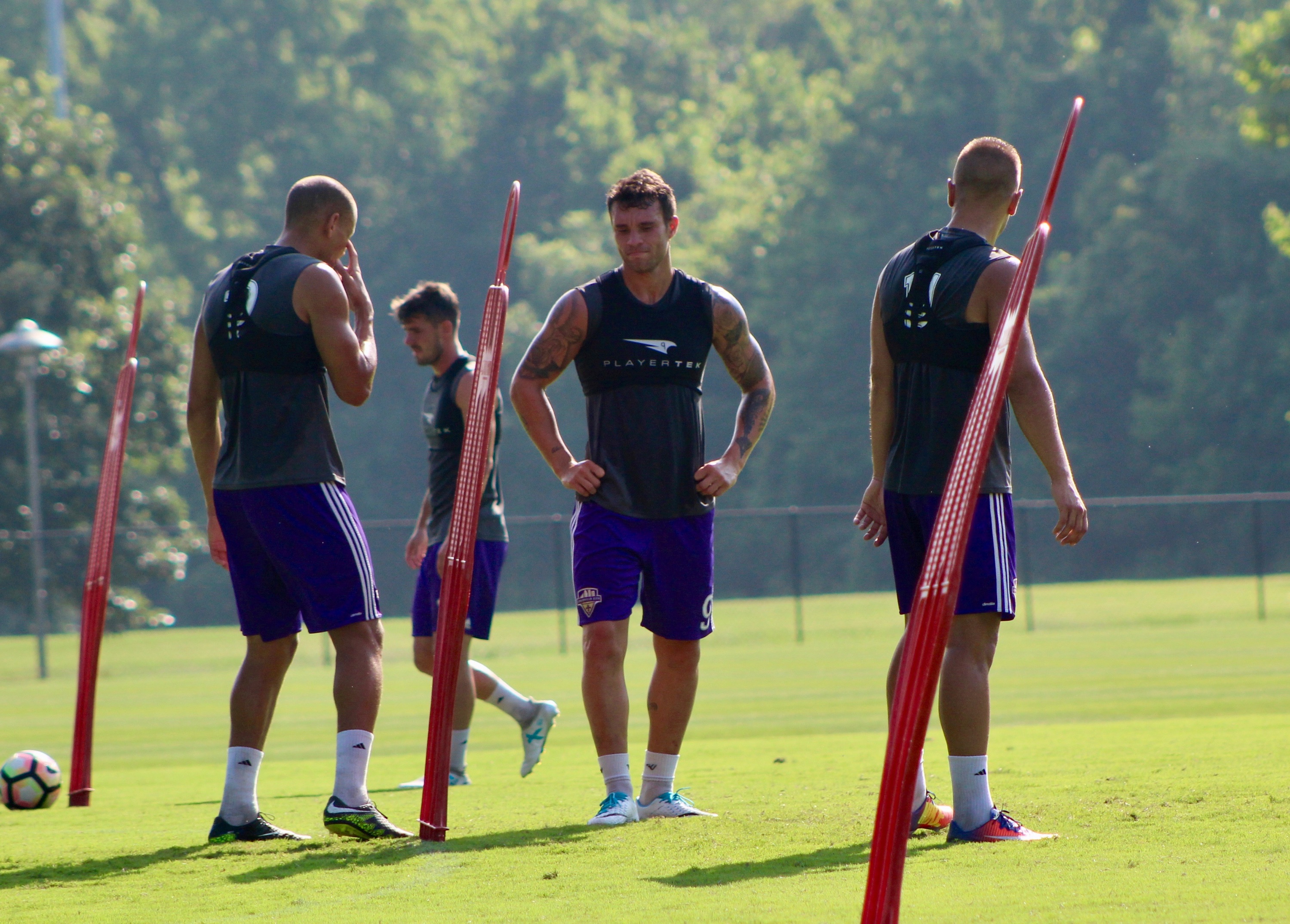 The first time I realized I might break the record was our away match against New York Red Bulls II. I remember before the game, I had a point to prove and I really wanted to go out and showcase myself.

That was when I got a hat-trick and jumped from I think third or fourth in the goalscoring charts up to first. That was quite a big milestone just to come back from injury strong and pick up where I left off.

The rest is history, I guess.

As I got closer to Fondy’s mark, I’d be lying if I said the pressure didn’t start to build. Just two games before I reached the record, we played Atlanta. I was getting in my own head and trying too hard to score. I was overthinking every play I was making and ended up coming off the pitch without scoring a goal.

The next game, Toronto away, I went on the pitch relaxed and I ended up coming off the bench and scoring. Finally, at home against NC, I think I had two chances in the first half where I probably should’ve scored and I missed the opportunities. I didn’t get upset with myself though, I remained relaxed and ended up scoring from outside the box.

In that moment when that the ball came off my boot, I felt a lot of relief. I didn’t get around to an elaborate celebration, I was just filled with a lot of emotion. I thought about the people who helped make it possible from my family and my girlfriend to teammates, coaches and fans.

Part of me was also thinking about myself, a few years back sitting in the stands - injured - watching Fondy break the same record.

I thought about how there could definitely be a youngster in the stands watching that game, who might one day want to be a soccer player too.

These things are made to be broken.

MORE FROM THE PITCH